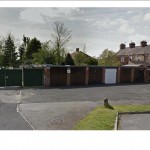 A contract has been let by the Council which will see private contractors enforce parking restrictions on Council estates in York.

In the main, the contractors will patrol garage forecourts and communal areas.

A 3 year trial of a system – which involves issuing Penalty Charge Notices (PCNs) for £30 to drivers who park in restricted areas – resulted in 900 tickets being issued.

Most were in City centre areas such as Castle Mills although suburban locations like the garage blocks on Tudor Road (21 tickets issued) also formed part of the trial. 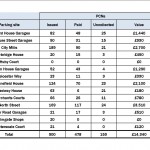 The new contract will extend the enforcement to all similar areas in the City.

The scheme does not cover public highway or verge parking. Damage to verges is one of the biggest problems in some estates with heavy rainfall resulting in verges which have been badly damaged over recent months.

While we accept that some enforcement  is necessary – if only to allow easy access by emergency vehicles – we believe that the Council should reintroduce its programme of providing dropped kerbs/vehicle crossovers, lay-bys and other, off street, parking spaces.

Where necessary, verges should be reinforced with matrix surfaces.

The Councils decision was taken last week in another “behind closed doors” decision.

The background paper can be read here.