A new council report says that the City will have to invest between £1.1 and £2.3 billion to become “Carbon Neutral” by 2030.

It is the first time that a figure has been put on the ambition to reach net zero carbon within 10 years.

A meeting next week will also consider an academic report into climate change issues in the City.

“that York could close the gap between its projected emissions in 2030 and net zero emissions by 47% purely through the adoption of cost-effective options in houses, public and commercial buildings, transport and industry”.

“The most carbon effective options for the city to deliver these carbon cuts include improved deep retrofitting of heating, lighting and insulation in houses, cooling and insulation in offices, shops and restaurants, and a range of measures across the transport sector including mode shift to non-motorised transport and the wider up-take of electric vehicles”.

The report accepts that these initiative alone would not be sufficient to achieve the target with another 31% reduction needed from “more innovative interventions”.

The report is likely to be met with some scepticism. The recent lockdowns have told us more about what is possible and what is likely to happen.

On the positive side, more people are working from home eliminating one source of transport emissions. Air quality in the City is now better than has previously been recorded in modern times.

The numbers of electric vehicles being purchased is also increasing.

On the negative side, there has actually been a drop in the number of people cycling and using public transport. The drop in the use of latter has been dramatic and it remains to be seen how quickly confidence in using buses will return.

How a climate change works programme could be funded – given the already spiralling level of debt at both City and national level – remains to be seen.

More trees are set to be planted this year as part of the Councils response to climate change. 50,000 are promised.

Officials say that the programme has been delayed by the heath scare although little progress seems to have been made in securing sites for the “forest”.

Over the last few months, residents have laid informal claims for the use of some unused areas of land on the City outskirts as informal exercise areas. These would be a good place for the Council to start looking for locations for planting although it does own several sites, including some near the river, which could accommodate more trees.

Informal walks through Acomb Wood, and the like, have brought home to more people the value of informal leisure space. Any Council initiative is likely to have popular support if it is pressed through quickly now.

Hopefully they will remedy the mistakes of the past and avoid planting inappropriate species of trees too close to paths and highways.

We have already learned that nearly £500,000 is required to repair part of the York – Selby cycle path which has been badly damaged by tree roots. One lesson is the need in the future to install “root shields” at vulnerable locations.

There are similar problems in the urban area

Something of a furore has been caused on social media by a proposal to co-opt members of “Extinction Rebellion” onto the York Councils climate change scrutiny committee.

Although “Extinction Rebellion” is an unincorporated organisation, with little in the way of governance structure, it is easy to see why they would have an interest in a Climate Change committee.

What is irking some people is the way that the co option proposal has come forward.

Co opted members of Council Committees do not have a vote. They are free to make their points on a level playing field with elected representatives. Policy decisions rest with either Executive members or the Councils Executive itself.

A committee can however provide a powerful platform on which to express views.

Usually a committee thinking of co opting “experts” will consider a job description.  They will identify gaps in the committees knowledge. They may want to correct an obvious psephological or geographical imbalance. They will certainly list the skill and qualification areas expected of any co optee.

The committee in this case doesn’t seem to have done any of that.

Instead a paternalistic approach has been adopted by the chair of the committee, who rather arrogantly, has listed the names of 4 people potential co-optees that most will not have heard of, and who have not been subjected to the test of an election (even by their peers)

There are other well established environmental organisations in the City with a claim to representation (Friends of the Earth, Greenpeace etc.) They don’t even merit a mention in the report.

The Climate Change committee has struggled so far to find an identity.

6 months after its inception it has yet to define a base line statistical position on carbon emissions. It seems unclear whether it is trying to make the City, or just the Council, carbon neutral by 2030.

It has the levers to do the latter but not the former without major central government intervention.

It should stop posturing and come up with some practical proposals for behaviour change, or investment priorities, that everyone in the City can relate to.

City of York Council’s full council declared a climate emergency in March 2019, and agreed to set a target to become net carbon neutral by 2030.

A report is now being taken to the council’s Executive to provide an update on the next steps to progress the climate change action plan.

Following the climate emergency declaration, a new cross-party climate change policy and scrutiny committee was created to help develop the climate change action plan. Its first meeting will take place in September (and every other month after that).

The council is in the process of recruiting officers to two new posts to address sustainability and climate change to support on this work.

A report detailing the next steps will be taken to a public Executive meeting on Thursday 29 August.

York has a strong history of taking the lead on reducing carbon useage, including: 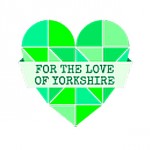 Experts in the field of sustainability and climate change are inviting community groups to join them at one of several events being held across the region to talk about tackling climate change.

The engagement session focuses on the new ‘For the Love of Yorkshire’ climate campaign and also the benefits of tackling climate change for cities and regions.

This session takes place during the United Nation’s Climate Change Conference on 30 November to 11 December, which is recognised as being one of the most important international efforts in recent years. The’ For the Love of Yorkshire’ campaign will also be taking climate messages from York to the European conference.
END_OF_DOCUMENT_TOKEN_TO_BE_REPLACED