The Council claims to have caught up with the backlog of recycling collections from earlier in the week. Still issues in Huntington, Clifton, and Strensall

All sheduled household waste has been collected as ususal.

We were unable to collect recycling from some areas in Huntington and Clifton due to operating under COVID-19 restrictions.

This recycling will be collected on Friday 12 June. Please present your containers for collection by 7.00am.

We were unable to collect garden waste from Strensall and North Moor estate (Huntington) due to the capacity issues.

This garden waste will be collected on the evening of Thursday 11 June. Please present your containers for collection by 7.00am.

Outstanding garden collections from Wednesday 10 June have been completed.

More bad news on refuse collection in York. There are delays in collecting recycling, emptying green bins and removing some household waste across significant parts of the City

Some recycling has been out on the streets for 3 days now.

The Council says that it will work through today and tomorrow (Saturday) to clear the backlog.

The Council has also been urged to provide an update on the capacity and use of its bulky waste removal service which was restarted last week.

Similar information about the availability of “booking slots” at household waste sites like Hazel Court might help to reduce demands on the collection service.

The Council has said,

“We were unable to collect household waste from small areas of Haxby, Wigginton and Strensall.

This household waste will be collected on Friday 29 May. Please present your containers for collection by 7.00am.

We were unable to collect recycling from Rufforth, Clifton and Huntington due to operational restrictions to do with Covid-19.

We’ve been unable to return for recycling collections from Tuesday 26 May and Wednesday 27 May.

All this recycling waste will be collected on Friday 29 May or Saturday 30 May. Please present your containers for collection by 7.00am.

We were unable to collect garden waste from from Haxby, Earswick and Huntington due to the large amounts being collected.

This garden waste will be collected on Friday 29 May. Please present your containers for collection by 7.00am.

The 2015 elections were held on the same day as a General Election. Hence the turnout was almost double the number usually voting at a Council poll. Voting patterns did not mirror the General Election result particularly in the York Central Constituency where Labour had a big parliamentary vote but, following a poor performance when in control of the Council, found ballot box support collapsing. A reduced turnout is expected on 2nd May.

Labour have won the Clifton ward for a number of elections. It is as long ago as the 1980s that the Tories last seriously challenged in the area.

In 2015 two former Labour Councillors (David Scott and Ken King) stood in the ward as Independents. They had quit the Labour group in response to a number of calamitous decisions taken by the then party leadership. There was a considerable fall in Labour support although they held on to both seats. Neither of the former Councillors are standing this time.

Both the current Labour Councillors work for MP Rachel Maskell. One chooses not  say if she lives in the area.

None of the opposition parties have established themselves as the natural alternative to Labour so it looks like there will be no change.

The Copmanthorpe ward  is home to 4115 residents. It was split from the Rural West Ward as recently as 2015. Average incomes are higher than the City average. 87% of residents own their home. 1.4% are out of work. Crime levels are below average.  92.8% of residents are satisfied with their local area as a place to live (York average 86.8%). 28.6% believe that they can influence decisions in their local area (City average 25.7). Source

The 2015 elections were held on the same day as a General Election. Hence the turnout was almost double the number usually voting at a Council election. Voting patterns did not mirror the General Election result but, following a poor performance when in control of the Council, Labour found ballot box support collapsing. A lower turnout is expected on 2nd May.

This is another seat where a former Tory Councillor is standing as an Independent. David Carr was actually the Leader of the Council when, following an ill judged attempt to smear two of his LibDem coalition partners with what turned out to be bogus allegations, he was forced by his colleagues to quit.

As a well known Parish Councillor David Carr may fancy his chances of success.

He is opposed by a Tory who has been “parachuted” into the area from another part of York.

The LibDems have a well known local candidate (Richard Brown) who came second in 2015. It is unclear how effective Richard Browns campaign has been but if the Tory vote splits then he might be the beneficiary.

Another former Councillor, the Green party’s Lars Kramm who currently sits for Micklegate, is also contesting the election. He has recently moved into Copmanthorpe Ward..

The crime prevention campaign will take place in the Clifton area of the city on Wednesday 28 and Thursday 29 September, with police working alongside other agencies including trading standards and the fire service to provide reassurance and crime prevention advice to residents.

Officers have used street-level data available to the public sector which measures fear of crime, to identify specific areas which would benefit from a focused operation. They have also looked at annual trends in reported crime to determine the kinds of incidents where crime prevention advice would be effective.

During the operation, codenamed Operation Tansu, extra patrols will take place, and police will be on-hand to security mark valuable items using a dot peen property marking machine, and urging residents to sign up to the North Yorkshire Community Messaging alert service.

Similar initiatives will be taking place in other areas of York in the future.  END_OF_DOCUMENT_TOKEN_TO_BE_REPLACED

Clifton Liberal Democrats are pushing for Newborough Street to be converted into a residential parking zone due to the shocking lack of availability for local residents. 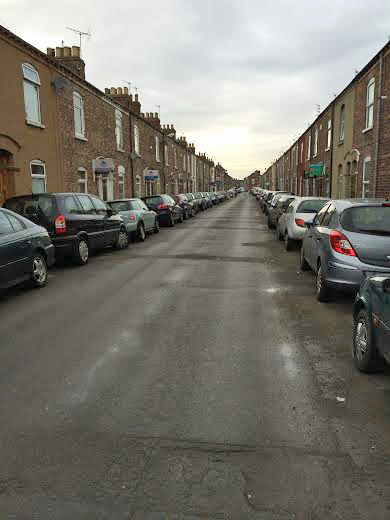 Local families are unable to park outside their own homes due to a large number of local workers and city commuters taking advantage of the street’s unrestricted parking. This problem is only set to increase with the completion of the new eco-homes development, local homeowner and Liberal Democrat campaigner Tobie Abel is calling on the council to take action.

A petition to convert the street into a residential parking zone has been gaining momentum and will be submitted to City of York Council on the 17th of July. Residents can show their support by contacting Tobie at tobieabel.libdem@gmail.com.

“After speaking to local residents it is clear that the current situation cannot continue. Newborough Street’s proximity to the hospital, the football club and the city centre puts a real strain on the limited parking available. Everyone I have spoken to has been very supportive of the petition, and we are calling on the council to take action.

The residential parking zone would finally give Newborough Street homeowners the spaces that they desperately need.”

Over 600 properties in the Clifton area of the city were given a helping hand to re-use and recycle even more of their waste and as a result participation in the recycling collections in this targeted area increased by around six per cent.

The campaign ran over a period of 12-weeks and provided incentives to encourage even more people to recycle and re-use.

Prior to the start of the campaign the council carried out an assessment on how many residents already recycled in the targeted area. This included a doorstep survey which enabled officers to talk to residents direct about any problems that they were experiencing and how they could help to resolve these.

END_OF_DOCUMENT_TOKEN_TO_BE_REPLACED

The York Council has made several decisions about new parking restrictions in the Guildhall and Clifton wards. In summary they are:

Approved the advertising of No Waiting at any Time Restrictions and identified space for a Car Club vehicle in Newborough Street (Clifton Ward). Click for more details 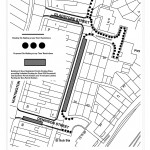 “No Waiting at any Time Restriction” on Gladstone Street and Dennison Street to prevent obstructive parking taking place on footways, as well as inconsiderate parking which blocks the entrance to the play area and private driveway access. .

The issue related to parking conflicts since new homes were built on the Minster Engineering site. The Council required only 1 parking space per property but this has proved to be inadequate with parking being forced onto pavements and neighbouring streets

Council agreed to overturn the objections made to a proposed amendment to the Traffic Regulation Order located within Guildhall Ward and implement restrictions as advertised. click for more details