The York Museums Trust has confirmed that it has cut its workforce from 144 to 101 staff.

It hopes to reopen the Castle Museum and Art Gallery in December but the fate of the Yorkshire Museum is less clear.

The York Museum Trust is receiving £850,000 from the government’s Culture Recovery Fund.

The York Council has also given a letter of guarantee to YMT, providing them with access to a maximum of £1.95m over the next two years, should it be required.

Council taxpayers are to be asked to provide guarantees of up to £1.95 million in financial support as the York Museums Trust (YMT) project a budget deficit.

According to figures being considered by the Council next week the Trust, – which manages the Yorkshire & Castle Museums as well as the Art Gallery, – faces a £1.54 million deficit this year.

It has already made provision for £200,000 in redundancy costs. A 20% reduction in staffing is planned. The Arts Council have provided an emergency grant of £412,000.

£3.5 million of the Trust’s annual income comes from admission charges. These have largely dried up as a result of the COVID health scare.

Covid-19 therefore creates an immediate financial threat to YMT’s
continued existence and the trustees have now logged a serious
incident report with the Charities Commission reflecting the fact that
they will require financial support in order to remain a going concern.
Without this they will run out of cash in January 2021.

Furthermore, the ongoing financial position will remain difficult into 21/22 since surveys of visitors undertaken nationally by the Association of Large
Visitor Attractions suggest that only 20% of the previous audience
numbers will be received on reopening.

If the Trust folds, then the museums – and most liabilities – would revert to the Council. It is estimated that, in such a scenario, the Council would face additional annual expenditure of around £2 million a year.

YMT has requested revenue funding support of £1.35m this year and up to £600k next year in order to keep York’s attractions open and to continue looking after the collections. This request reflects the fact that, as a charity, YMT are required to hold a level of financial reserves.

The York Museums Trust was founded in 2002 by the then Labour controlled Council. It currently receives an annual subsidy of £300,000 from York taxpayers.

The Yorkshire Museum is expected to remain closed until next March. The Art Gallery and Castle Museum (bookings only) have reopened.

NB. The YMT management were criticised during the lock-down period for failing to promptly reopen the Museum Gardens for use by residents. The gardens were one of the few open spaces available for socially distant exercise in the City centre.

The council has submitted its plans to create a new public park at the rear of the Castle Museum, a new pedestrian and cycle bridge over the Foss, commercial spaces for local independent traders, and 106 new apartments, including new council housing.

This is another major milestone in the delivery of the regeneration of the Castle Gateway. As well as bringing life to the old Castle Mills car park site and a place for growing York businesses on Piccadilly, the residential development would fund the construction of a new multi-storey car park on St George’s Field.

This parking would then allow Castle car park to close and be replaced by additional public space.

The Castle Mills plans would see two residential apartment blocks built, with the entire southern block of 20 apartments being new council housing. The northern block will include 86 flats ranging in size from 1 bed apartments to 2 bed duplexes.  The ground floor of both apartment blocks will feature commercial spaces.

The council are taking a lead on environmental sustainability, with homes benefiting from renewable energy sources and the proposals providing a car free development with high level of cycle parking.

The proposals also include a new pedestrian and cycle bridge over the river Foss linking up with the new pedestrian/cycle crossing over the inner ring and connecting up wider cycle routes to create safer and sustainable journeys in to and through the city centre.

The bridge will also link across to the area at the rear of the Castle Museum. This space, which is currently part of the museum grounds, will be opened to the public as a new riverside park, creating a place to relax in the shadow of the Castle Walls.

The proposals have been shaped and developed with stakeholders, partners and residents through the innovative My Castle Gateway public engagement project. The design will create new landmark riverside buildings for Piccadilly whilst generating the financial return to help pay for the regeneration proposals for the Castle Gateway.

The main features of the masterplan are:

After the planning application has been validated by the council’s planning team in the coming days, it will be available to view at www.york.gov.uk/planning under reference number 19/02415/FUL

Further information can be found on the My Castle Gateway project at www.york.gov.uk/CastleGatewayCastleMills

York residents are being invited to see the final plans for the St Georges Field and Castle Mills developments.

City of York Council is sharing plans for a multi-storey car park at St George’s Field, a new bridge over the Foss and a residential development at Castle Mills area ahead of submitting planning applications over the next two months.

The proposed developments are “the vital first stages to deliver the centrepiece of the vision for Castle Gateway – a new public space around Clifford’s Tower and the Eye of York”.

The four-storey car park at St George’s Field is “needed to replace the parking places which would be lost on the current Castle Car Park, and would be funded through the new residential apartment developments on the site of the now demolished Castle Mills Car Park. By moving the car park, the plan would remove a number of journeys from inside the inner ring road”.

As part of the plans a new public bridge spanning the River Foss would connect Piccadilly and the rear of the Castle Museum, opening up a planned cycle and pedestrian route along the river into town.

The plans involve the loss of 100 car parking spaces to which can be added to those already lost when the Castle Mill car park was closed a couple of years ago. The multi storey car park is further away from the main shopping streets. Its lower floor is likely to be unusable when river levels are high.

How the retail community will view this reality remains to be seen.

There is a new shared cycle/pedestrian crossing at the junction with the inner ring road. The proposal fails to separate these users from general traffic, a failing also evident in the solution proposed for cycle priority in the Leeman Road/Marble Arch area.

There will be a shared cycle/pedestrian bridge across the Foss near the rear of the Castle Museum.

More controversially the artists impressions for new residential buildings on Piccadilly show an unrelentingly brutal architectural approach. It will not be to everyone’s taste.

The Council claims that the plans have been refined since they were shared at public events, online and through social media in March.

The two drop-in events feature an exhibition of the proposals and the opportunity to talk to the team about the plans. There is also the chance to take guided walks of the area to explore the developments on location:

Residents are invited to a drop-in session or to join the conversation on twitter @MyCastlGateway , www.facebook.com/MyCastleGateway.

You can also view the plans online from Friday 31 May at https://www.york.gov.uk/CastleGatewayMasterplanLatest 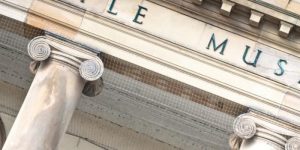 Learn more about the various castles and prisons of the City and their fascinating stories over the centuries, with a member of our History Team.

UPDATE: A trust spokesman has now said that “people with an existing York Card -including one bought today – would still be able to gain free admission to the Castle Museum and Yorkshire Museum tomorrow and until the card expired. Cards bought after today will not give the same benefits”. 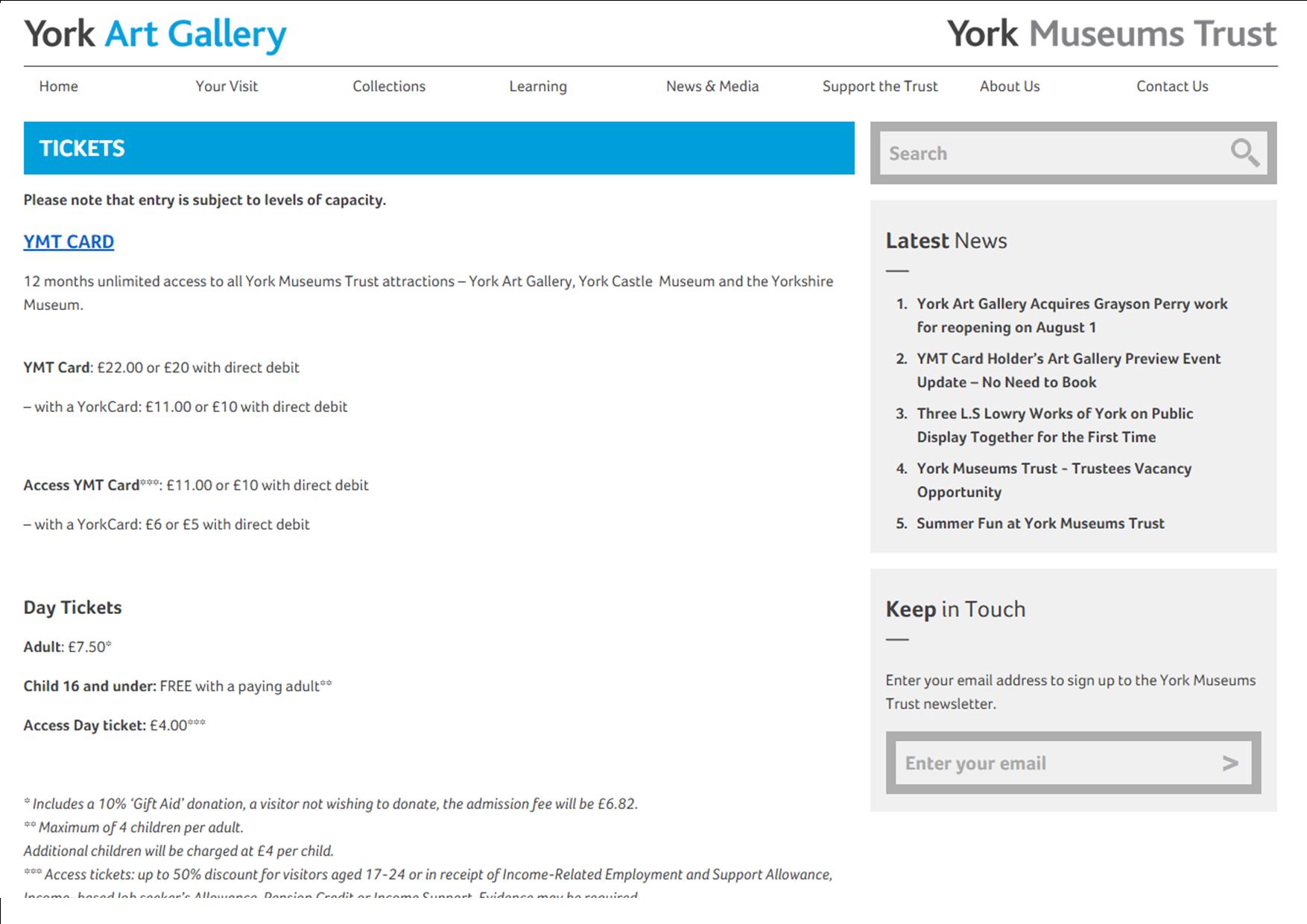 A Press Release has confirmed that the YMT plans to charge residents £7.50 for entry to the Art Gallery from tomorrow, but they will offer all York Card holders 50% off the standard price of the annual “YMT Card”. That means that a YMT card will cost residents  £11 (£10 with a direct debit)

Children under 16 continue to have free entry. There is also a discount (to £4) for some claimants*.

In doing so the YMT will be in breech of the terms of the lease they hold on the Art Gallery and Castle Museum.

The YMT has not said whether it will make refunds to those YorkCard holders who had purchased season tickets before the latest discount was announced.

* Access tickets: up to 50% discount for visitors aged 17-24 or in receipt of Income-Related Employment and Support Allowance, Income–based Job seeker’s Allowance, Pension Credit or Income Support. Evidence may be required.

The York Council has not yet said when, or even if, it will commence legal proceedings to enforce the lease restriction

“It is surprising that the York Museums Trust has pushed on with its proposals. On Wednesday there was cross-party support for the charging plans to be halted ahead of further discussions taking place.

“However, I am pleased to see that following my decision last night the Trust has at least offered a 50% discount to York Card holders for the annual pass. This is a step in the right direction and an example of the further concessions we have been pushing for. It hopefully does give us a platform for further dialogue going forward.”

NB. The York Museums Trust is also seeking to appoint new Trustees. However intersted individuals only have until tomorrow (1st August) to submit their CVs 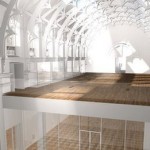 A report to a Council meeting next week reveals that the York Museums Trust still has to raise over £700,000 to meet the cost of its Art Gallery refurbishment project.

The £8m scheme is expected to be completed in 2015 with 60% more exhibition space, improved visitor facilities and a new Centre of Ceramic Arts.

The Museum Gardens were awarded a gold medal by Yorkshire in Bloom. The gardens to the rear of York Art Gallery are to be expanded with three new gardens established. 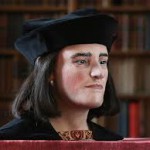 The Trust is also refurbishing the Debtors Prison at the Castle Museum following a successful £1.1m bid to the Heritage Lottery Fund. The first exhibition to be held in these new spaces will be 1914: When the World Changed Forever, a major changing exhibition on the social impact of World War One. This work will begin in November and will be open to the public in June 2014

Overall visitor numbers to York’s museums showed an increase of 2% this summer although much of that is put down to an exhibition of Richard III ‘s reconstructed head.