Just days after the number 12 bus service was reprieved, residents are being urged to make full use of it after falling passenger numbers left the long-term future of one section of its route in jeopardy.

Service 12 runs between Foxwood, the city centre and Monks Cross, but the section of the route between Alness Drive and Foxwood Lane has suffered a decline in patronage, This summer, bus operator First York announced its intention to withdraw the service that it provides along that section of the route on the basis that it is no longer commercially viable.

However, City of York Council stepped in to provide the funding required to continue operating the service in its entirety, but only up until 31 January, 2020. This will allow time for a tendering process to be carried out in a bid to find the most cost-effective, long-term solution. A decision about the future of the service will be made once that process is complete.

Councillor Andy D’Agorne, Executive Member for Transport, said: “It’s positive that the council has agreed to provide the funding needed to ensure that bus service 12 can continue to operate between Alness Drive and Foxwood Lane in the short-term but, as we work to identify a longer-term solution, it’s really important that local people make full use of the service.”

We think that the threat is ill timed. Details of the reprieved service weren’t generally circulated until over a week after the decision was taken.

We think that Council should get its own house in order before preaching to passengers, many of whom are vulnerable.

After several stable years, we have seen some criticism recently of some bus services in the City. Changes to the number 12 service were poorly publicised following a late decision by the York Council to step in and save part of the service

Passengers in west York have criticised for a long time the lack of “real time” bus arrival information screens in the area.

Bus reliability stats, provided by tracking technology, are not shared with passengers, although a “one off” sample survey – due to be conducted in a few days time – does produce a snap shot of reliability.

One area that the York Council can help passengers with is the “bus stop experience”.

Unfortunately bus shelters, provided by the Council around 10 years ago, are now looking distinctly shabby.

They are 5 year old vehicles

First York say that passengers on bus services 11 & 12 are “set to benefit this month with a bus upgrade providing improved travelling comfort together with lower engine emissions.

However they fall short of the latest specification buses which the financially troubled Wrights company were selling before they went into administration. The latest version of the “StreetLite” has a Euro 6 emission compliant engine while the “Max” model is all electric.

The number 12 service was saved last week following an 11th hour intervention by the York Council who will now subsidise part of the timetable.

First say that the “upgrade represents an investment of £800,000 and will provide customers with a superior interior including leather seating and lighter environment with more space for customers with pushchairs.

The newer buses are fitted with Euro V engine technology and will be upgraded to Euro VI to meet the Clean Air Zone requirements in partnership with City of York Council & the Government’s Clean Bus Technology Fund.

This investment follows the positive change for customers last month on service 10 (Stamford Bridge – York – Poppleon) with new journeys added and the evening service taken on by First York commercially.

This latest announcement comes in advance of a significant investment in York which will see 21 new electric double decker buses introduced later this year”.

“We are committed to providing safe, punctual and reliable bus travel for the people of York, so it’s important that we continue to invest in our bus services. With the support of our partners including City of York Council, this investment will also reduce bus emissions on the corridor and support the Clean Air Zone requirements. I’m sure our customers and the local community will welcome these improvements and encourage more people to switch to using bus services.”

“We will be making some changes to our services on the above date, timetables will be available on-line from Thursday 14th August”. 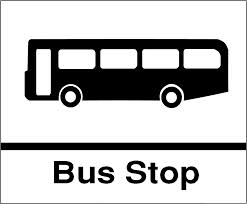 The 12 service to/from Foxwood is affected with the terminus stop now on Bellhouse Way. It is hoped that this will reduce  bus parking conflicts near the Foxwood shops. The actual route is unchanged.

From Monday 14 August City of York Council is set to improve the Rougier Street bus stops, some of the most used in the city, with new paving and kerbs ready for a major overhaul later in the year.

The work will take place after the scaffolding which has been used to redevelop Roman House is removed. The area will then be repaved ahead of the new bus shelter being installed in October.

Unfortunately, it will not be possible for buses to stop on the Roman House side of Rougier Street whilst the scaffolding is being removed or the pavement renewed.  Because of this, bus stops on this side of the road (CA-CC) will be closed for seven weeks between 14 August and 24 September.

From Monday 31st July for up to two weeks, Coastliner services will divert via Monkgate and Heworth Green to avoid possible delays due to traffic signal works in Heworth Village. East Parade and Heworth Road will not be served.

Rougier Street stops CA-CC will be closed from Monday 14th August for seven weeks during scaffolding removal and footway repair works. During this time, the nearest alternative stops will be:

Stops for services heading towards Stonebow and Piccadilly will not be affected by these works. All other stops will remain open as normal.

Stonebow stops SA, SB and SC are closed until the end of 2017 due to major refurbishment works at Stonebow House.

The FREE Service 500, which links Foxwood to Askham Bar on Sundays, will continue until at least the end of March. 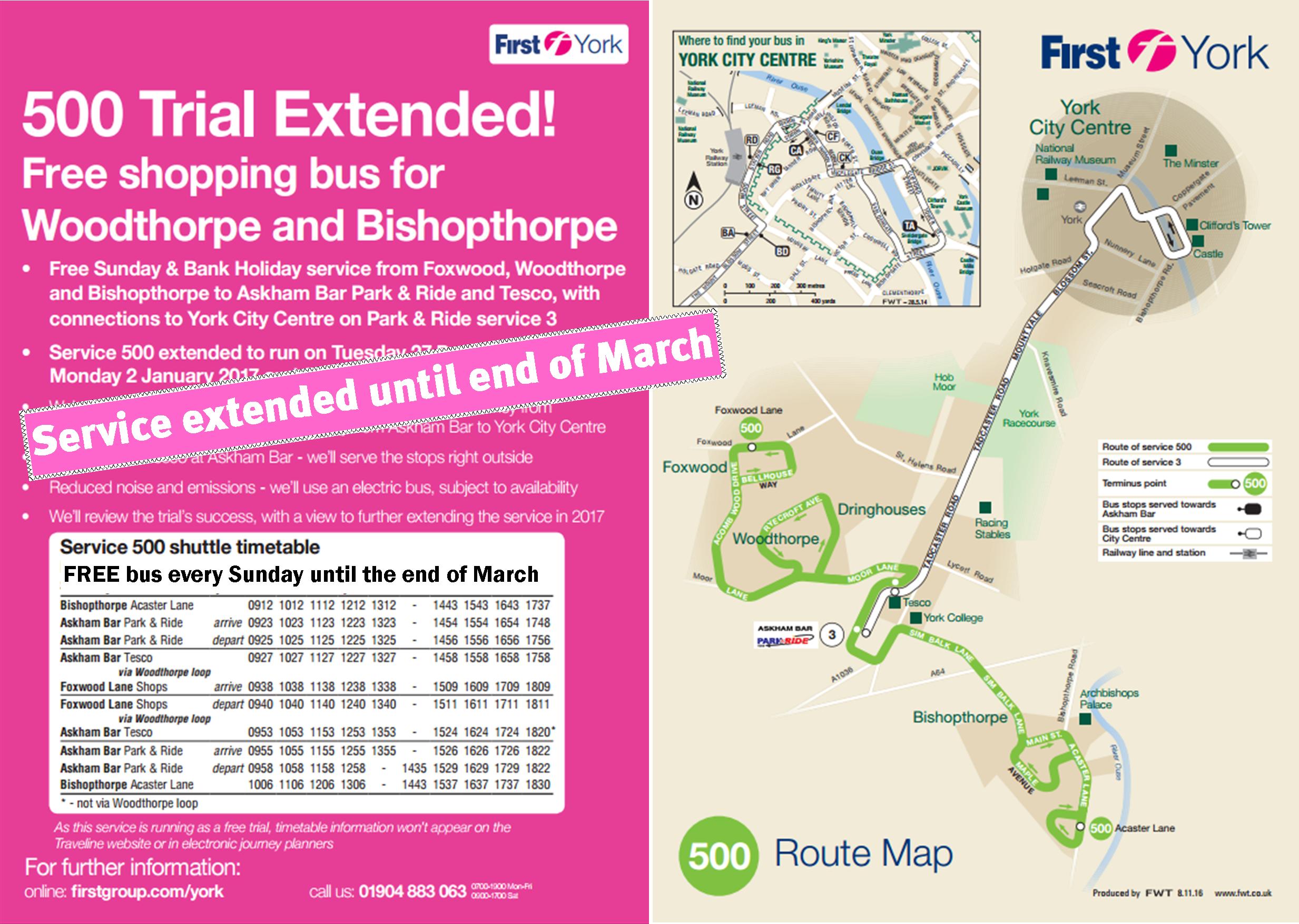 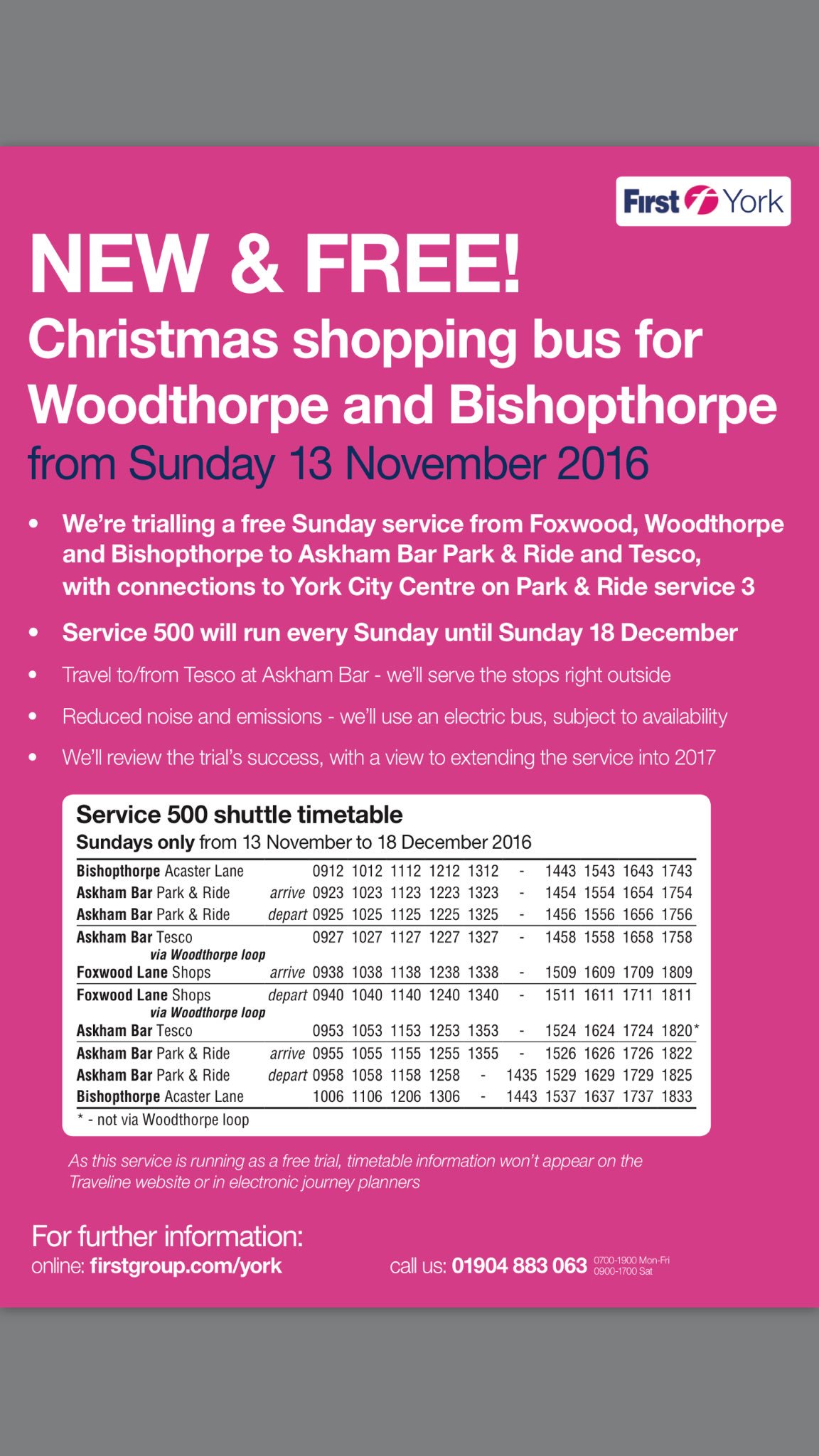 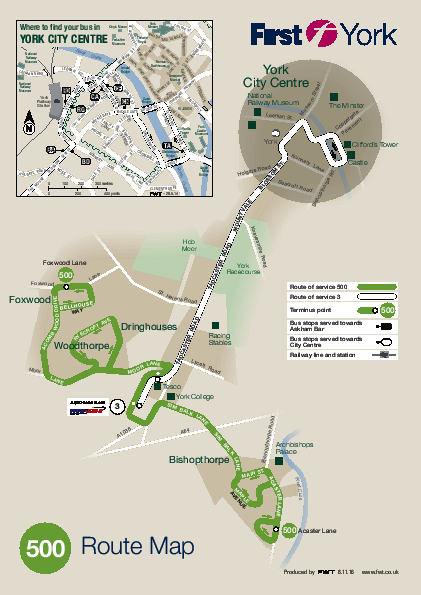 York’s bus users are being invited to give the city’s bus operators and the council their views on York’s bus services at a ‘Bus Surgery’ event on Thursday 6 October opposite York Railway Station.

The sessions come at a time where pressure continues to grow on the Council and bus operators to provide at least monthly reliability information on their services.

In some countries like New Zealand reliability stats are routinely published

At present only an annual figure – derived from a single week monitoring – is provided each year.

In the past opposition Councillors have called on bus operators to provide the kind of information routinely provided by train operating companies.

The information is available from the monitoring systems already installed in most busses in the City.

This weeks drop in  sessions will be running from 12pm-2pm and 4pm-6pm will see representatives from First, Arriva, Transdev, EYMS and Harrogate Coach Travel/ Connexions bus and the council on hand to speak with York’s residents and bus users about their experiences, what they think works well and what could be improved in future.

Executive Member for Transport and Planning, Cllr Ian Gillies, said: “Whilst bus use is increasing in the city, and York scores high in passenger satisfaction surveys for its bus services, the council alongside the Quality Bus Partnership want to continue to improve the city’s services. Bus Surgery events like this help us gain valuable feedback from bus users that can directly help us shape York’s bus service for the future. I would urge all bus users to come along and give us their views.”

The bus surgeries are part of a range of measures being taken forward by York’s Better Bus Area Programme – an initiative by the council and the city’s bus operators – to improve bus services in the city.

Work undertaken through the Better Bus Area has included refurbishment of many of the city’s bus stops and shelters, real-time information screens at many locations in the city, provision of York’s Bus Wardens and improved management of traffic to benefit bus services.

Since the Better Bus Area programme was formed in 2012 bus use in York has increased by 6 percent*. This equates to 900,000 passenger journeys a year, or approximately an additional 3,000 journeys a day.

For more information on travelling and around York visit http://www.itravelyork.info/

The Council is organising “drop in” sessions at which the scale of the cuts that they plan to local bus services will be revealed.

The Council has decided to cut £350,000 from its public transport support budget so dramatic changes can be anticipated.

The Council says that members of the public will have the opportunity to give their views on the services proposed for withdrawal or alteration between Monday 11 April and Friday 6 May, either by emailing buses@york.gov.uk or through drop-in sessions (“details to be announced nearer the time”).

The Council claims that public feedback will be considered as part of a report which will be taken to an Executive Member Transport and Planning public meeting on Thursday 19 May.

A final decision on the services to be withdrawn or altered will be taken at this meeting and it is anticipated that the changes will take effect from Sunday 28 August.

So far the Council has not released details of alternative provision. As a minimum, residents who depend on the bus service to get around will expect Dial and Ride services to be expanded. There is also likely to be a call for the option, for pensioners to be able to choose transport tokens (instead of a bus pass), to be reintroduced. The tokens can be used to pay taxi fares. 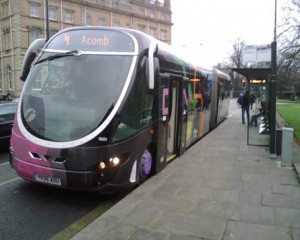 Eighty per cent of bus services are commercial in York and are not subsidised by the council. Local authorities across the country have the discretion to provide financial support for local bus services where the commercial bus market does not provide such services, but it is not a statutory duty.

Bus usage in York has increased during recent years following a slump when the last Labour Council pulled out of public transport modernisation plans like the ftr “superbus” project.

To find out more about the bus travel in York visit www.itravelyork.info