The police are reporting that they have received the following two reports of burglaries in Woodthorpe in York.

Between 13.15pm and 18.15pm on Wednesday 20th November a property has been broken into on Deepdale and items taken.

Between 10.20am and 14.20pm on Wednesday 20th November a property on Ryecroft Avenue has been broken into and items taken. 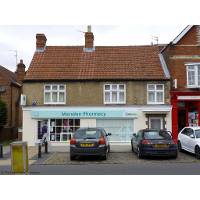 The Police have issued a statement saying,

“In the last couple of weeks we have had a number of reports of burglaries at chemists in the Acomb area of York.

We also ask that if you see any suspicious behaviour around such premises please report this to the police.”

Light up, lock up – that’s the message from York Police as they re-launch the city’s biggest ever crime prevention campaign.

With the clocks going back and the nights drawing in, officers are concerned that opportunist burglars could target homes left obviously empty and in darkness.

Throughout the month of November, York Police will be undertaking Operation Joypad, an initiative that will see officers and PCSOs on high-visibility patrols around key areas of the city.

Any premises that are in darkness and appear empty will be identified, and crime prevention advice given to ensure that residents are aware how to better protect their homes.

Over the summer, officers on Operation Joypad checked 21,000 homes in York, to ensure they hadn’t been left vulnerable to burglars with insecure doors and windows during the warm weather.

Sergeant Colin Sutherland, of York Police, said: “The darker nights are well and truly here, and this can catch residents out when it comes to home security. Too often, householders are making their properties an attractive proposition for burglars and thieves by leaving them in darkness.

“However, a few simple steps are all it takes to counter this risk – and this is where the police can help.”

• a well-lit home gives the impression that someone is in
• use timer switchers to turn lights on while you are out
• don’t leave curtains closed during the day, only in the evening and overnight
• lock all windows and doors
• keep valuable items out of view
• keep gates well secured

Officers will also have dot peen property marking equipment available at locations in the area where the operation is taking place.

Visibly marked property acts as a deterrent to thieves, and if it is lost or stolen, helps the police identify its rightful owner and provide evidence vital in securing prosecutions.

Sgt Sutherland added: “We will highlight the locations of our property marking sessions on our social media feeds, and I would encourage residents to take advantage of this and attend if they have property and valuables they wish to have marked.”

To find out when your next property marking event is taking place in York, contact your local police team via 101, or follow them on Facebook, or Twitter at @snayorkcityeast, @snayorknorth or @snayorkwest – the service is promoted with the hashtag #whatisdotpeen.

For more information about home security and property marking, visit www.northyorkshire.police.uk/homesecurity. You can also download the North Yorkshire Police interactive home security iBook, available for free on iPhone and iPad – just search for “Securing your home” on iTunes.

The biggest ever crime prevention campaign York has ever seen has got underway – with more than 3,000 homes already security checked.

Dedicated patrols of police officers and PCSOs, supported by Special Constables, volunteers and Police Cadets, have been out across the city over the last two weeks.

So far, 3,046 households have been physically and visually checked to ensure they were left secure.

Unfortunately, in one particular area of York, 13% of the 500 homes that officers visited were insecure – for example, because a downstairs window had been left open or a front door unlocked.

Operation Joypad sees additional, high-visibility police patrols across York in May, June and July. When an insecure property is found, officers will contact the homeowner and provide suitable home security advice.

Statistically, around one in four burglaries are ‘crimes of opportunity’, where an offender enters a property through an unlocked door or window. Although York is a very safe city, such burglaries tend to increase in the summer months, as homeowners leave windows and doors open, or spend time in the garden.
END_OF_DOCUMENT_TOKEN_TO_BE_REPLACED

Police are investigating reports of burglaries at two properties in Huntington Road, York. 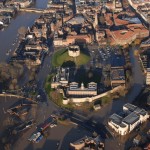 On 28 December at around 10.45am, a member of the public reported that their neighbour’s house had been broken into overnight by forcing the back door.

On the afternoon of 28 December, a resident then reported that his shed had been burgled overnight and a number of tools had been taken.

Both incidents are being fully investigated by North Yorkshire Police.

“It is extremely disappointing to see victims of the floods being targeted in this way.

“It is impossible to comprehend why anyone would want to bring further suffering to those who are already in a very vulnerable situation.

“Burglary will not be tolerated and those who commit this type of crime will face the full force of the law.

“I want to take this opportunity to remind residents to be vigilant and ensure property is as secure as it possibly can be.”

If anyone witnessed either of the incidents or has any information which could assist the investigation, please call police on 101.

An operation to protect York residents against a new garage burglary ‘exploit’ saw dozens of properties visited and more than 100 items security marked in a single night.

On Tuesday 15 September, one police officer and eight PCSOs from York North Safer Neighbourhood Team, boosted by the support of 12 Special Constables, took to the streets of Rawcliffe.

The clampdown follows a significant rise in burglaries in the area, often involving offenders exploiting a weakness in certain garage doors in order to steal property, particularly pedal cycles.

Residents in the Rawcliffe area were shown how criminals commit such burglaries, and given advice on how to simply and effectively secure their garages in response.

Officers also brought with them three ‘dot peen’ marking kits which were made available to residents to get their property security marked and registered. In total, 66 bikes were marked, as well as 17 tablets, 12 laptops and 11 other items including phones and guitars.

When there was no answer, a letter was posted through the door offering crime prevention advice and inviting people to a dot peen property marking drop-in session on 26 September 2015 at Clifton Moor Church and Community Centre from 6pm to 8pm. More information about dot peen is available at www.northyorkshire.police.uk/whatisdotpeen

PC Steve Gillespie, of York North Safer Neighbourhood Team, said: “I’d like to stress the importance of adding additional security measures to your garages to ensure that you too do not become a burglary victim.

“I strongly recommend the installation of security measures such as garage defenders or ground anchors. I am sure the cost of having to replace stolen items will far outweigh the cost of installing this equipment.

“Furthermore, allowing the police to mark your items – such as pedal cycles, gardening tools, golfing equipment, mobile phones and almost anything else you can think of – ensures that our chances of reuniting you with your  property, should it be lost or stolen, are greatly increased. It also assists us in ensuring that the North Yorkshire Police area remains the safest place in England.”

Anyone who sees any suspicious activity is urged to report it to the police immediately. Such reports assist officers in preventing crime and catching offenders with stolen property in their possession.

PC Gillespie praised the contribution of North Yorkshire Police Special Constables, volunteers with the same powers as full-time police officers: “Without the support of our colleagues from the Special Constabulary giving up their midweek evening to assist these patrols, it would not have been possible to visit as many people, on as many streets, or to have marked as much property as we did.”

Two boys, aged 16 and 14, were arrested on 13 September on suspicion of burgling a garage in the Rawcliffe area. Both have been released on bail pending further enquiries.

Secure your home and outbuildings – that’s the message from detectives after a number of burglaries in York.

Officers are investigating ten burglaries in the Tang Hall, Osbaldwick and Heworth areas of the city, all of which have occurred in the last week. In nine out of the ten incidents, entry was gained through insecure doors, windows or garages.

Stolen property includes laptops, games consoles, smartphones and tablets, bottles of whiskey and bicycles. The offences all took place between 12 February and the early hours of this morning (19 February).

Extensive enquiries are ongoing into the burglaries.

Detectives are urging residents in the Tang Hall, Osbaldwick and Heworth areas to take extra precautions to protect their property. Crime prevention information is also being distributed via social media and display screens in student accommodation:

DC Rebecca Hughes, of York Police, said: “While York is a very safe city, there have recently been a number of burglaries targeting insecure homes and garages in the Tang Hall, Osbaldwick and Heworth areas. Please help us keep you safe by taking basic crime prevention measures to secure your property.”

In addition, if you see anyone acting suspiciously, contact the police on 101. If a crime is in progress, always dial 999.

If you have any information about any of the burglaries, please call 101, select option 2 and ask for York CID. Alternatively, call Crimestoppers anonymously on 0800 555 111. No personal details are taken, information cannot be traced or recorded and you will not go to court. 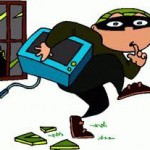 Detectives in York are appealing for residents to be vigilant after a number of recent burglaries.

Homes have been targeted in Copmanthorpe, Poppleton and Haxby in recent months and officers are reminding people of the importance of reporting suspicious behaviour in their area.

END_OF_DOCUMENT_TOKEN_TO_BE_REPLACED

You’re more likely to be burgled during #November than at any other time. NOW is the time to make your home secure: http://t.co/QR2eGuoVFs

Sunday, 29 December 2013. 11:00 until 16:00. We have teamed up with North Yorkshire Police to offer everyone the opportunity to get their bikes registered just after Christmas. We are also closing the rear car park so that people can ride their bikes that they got for Christmas with no cars around.