Following a lengthy campaign by local Liberal Democrats, the weight restriction signs on Beckfield Lane have been restored. 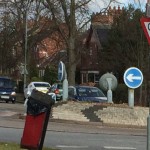 The signs were blanked out last summer when road resurfacing works were taking place on the A1237 and diversions were in operation.

But when the road works were finished, the signs remained blanked out.

Now, nearly 9 months later, the weight restrictions have been reinstated.

The York Council has so far failed to offer any explanation for the delay. 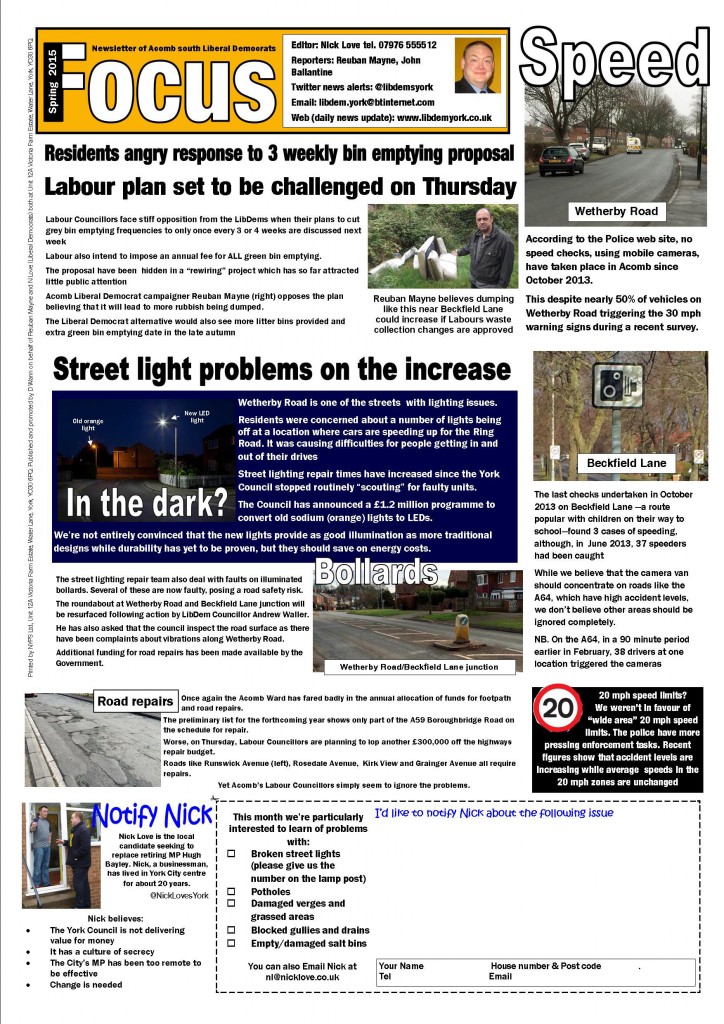 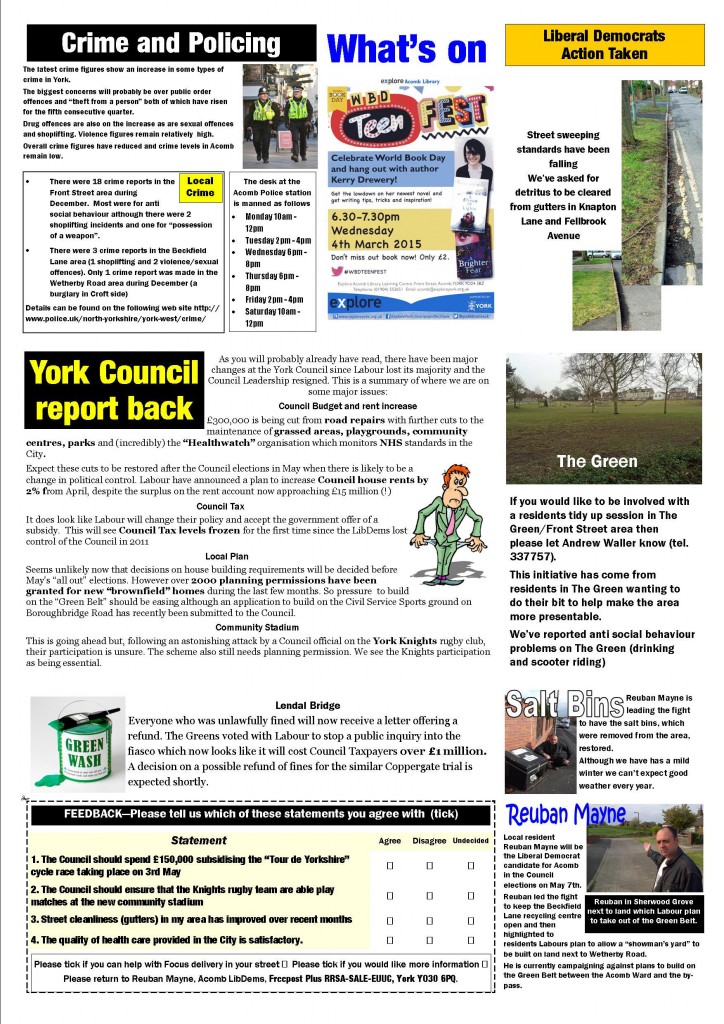 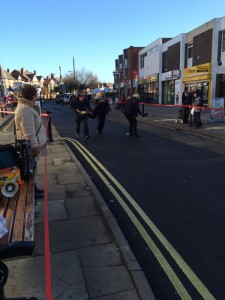 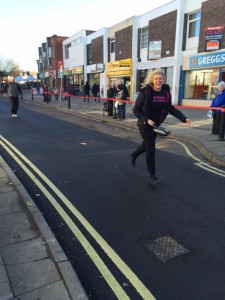 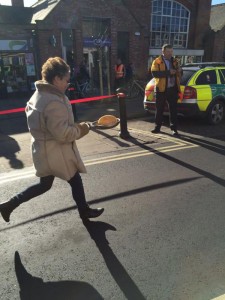 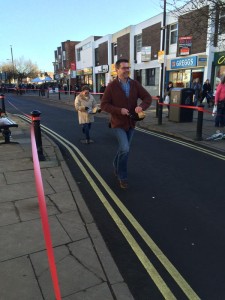 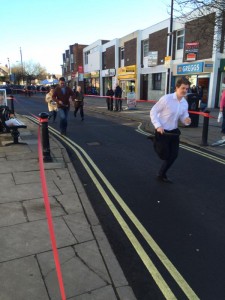 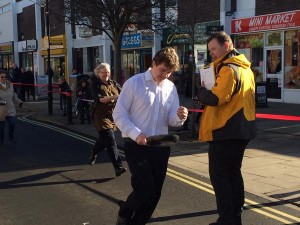 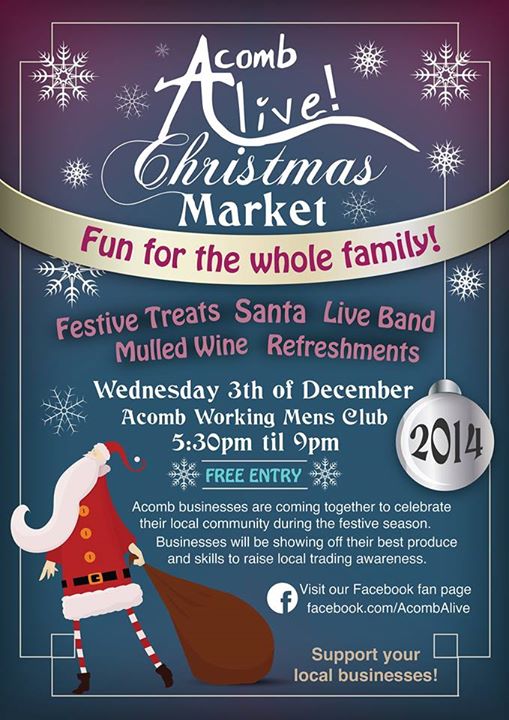 The residents of Gale Farm Court, the sheltered accommodation unit for older people which is located on Front Street, have come up with a novel way of making better use of their community room. 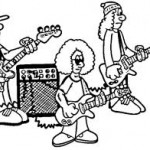 They are offering free use of the room – which can accommodate up to 40 people – to local groups who need a meeting space.

The residents will permit free use of the room with priority being given to groups who might let residents join in with their activities.

Obviously this offer is likely to be of particular interest to craft, further education and discussion groups who are in need of additional participants, but it may also go some way to satisfying the demand for space at places like Energise and the Library which are sometimes over subscribed.

Any group that is interested should communicate their details and requirements to:

The York Council has said that the public toilets in Acomb, closed for over 2 months, will be reopened shortly. 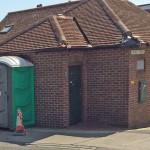 Apparently the refurbishment has been completed and they are now only waiting for a new lock to arrive and be fitted.

The Council has (rightly) been heavily criticised, first for not providing a replacement temporary facility, and more recently for not putting a notice on the toilets saying what progress was being made and when the facility would reopen.

The Council has however warned that repair work to the roof of the building is outstanding and that this may be done in September.

That could involve another closure period! 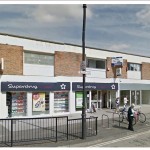 Empty retail properties brought back into use on Front Street, Green Lane, The Green, Wetherby Road and part of York Road will benefit from a 50% reduction in Business Rates.

The government introduced a scheme which gave Rates discounts on commercial properties that were brought into use after being empty for over 12 months.

The Council has extended that scheme to any retail property that becomes empty.

Concerns have been raised that this will benefit national chains that could pay half the Rates of local independent competitors for as long as 18 months.

As a letter to the local newspaper explained, far from helping independent retailers this could signal their death knell.

Figures released last week show that there are now only a handful of properties currently empty in the Acomb Front Street area.

However, with leases now changing hands regularly as the economy improves, it seems that this well intentioned initiative may be both costly to taxpayers and harmful to many existing traders.

Following the national pattern house sales have increased on the Acomb side of the City during the last 3 months. Sales have included:

Property for rent The list below shows properties for rent

Chain-free sales Below are properties nearby that are available ‘chain free’. These include properties where the seller is not buying a new home or has already moved out and could also include repossessions.

Discounted sales Are you interested in snapping up a bargain? Below are properties for sale where the asking prices have been reduced 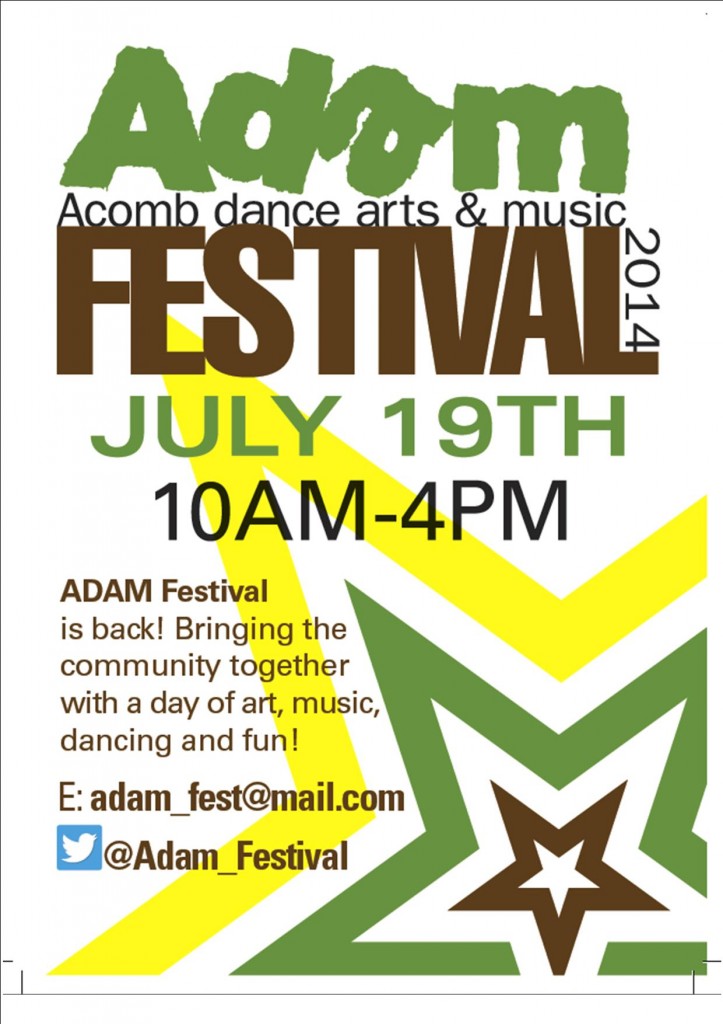