Works have started on the demolition of the bowling green buildings on Front Street. Planning permission was granted last year which allows developers to build 10 houses there.

The proposals were highly controversial as they ruled out a coordinated development which would have secured the future of the Council owned land (former allotments) to the rear of the library car park as well as the open aspect at the back of Chancery Court. A holistic approach was favoured by those residents who completed an opinion survey.

The planning committee inexplicably agreed a Section 106 contribution to the provision of alternative sports/green space facilities but at a site located in the Holgate area.

Now local residents are complaining about the noise and disturbance being caused by the contractors. It has been suggested that the contractors are trespassing on the Council owned land, which itself has a nature conservation role.

The future of the former allotments site needs to be clarified quickly by the Council which has owned it for over 10 years.

It was slated to be an extension to the library incorporating a “pocket park” to retain a green aspect for the benefit of the Front Street area.

However no progress has been made on that project. 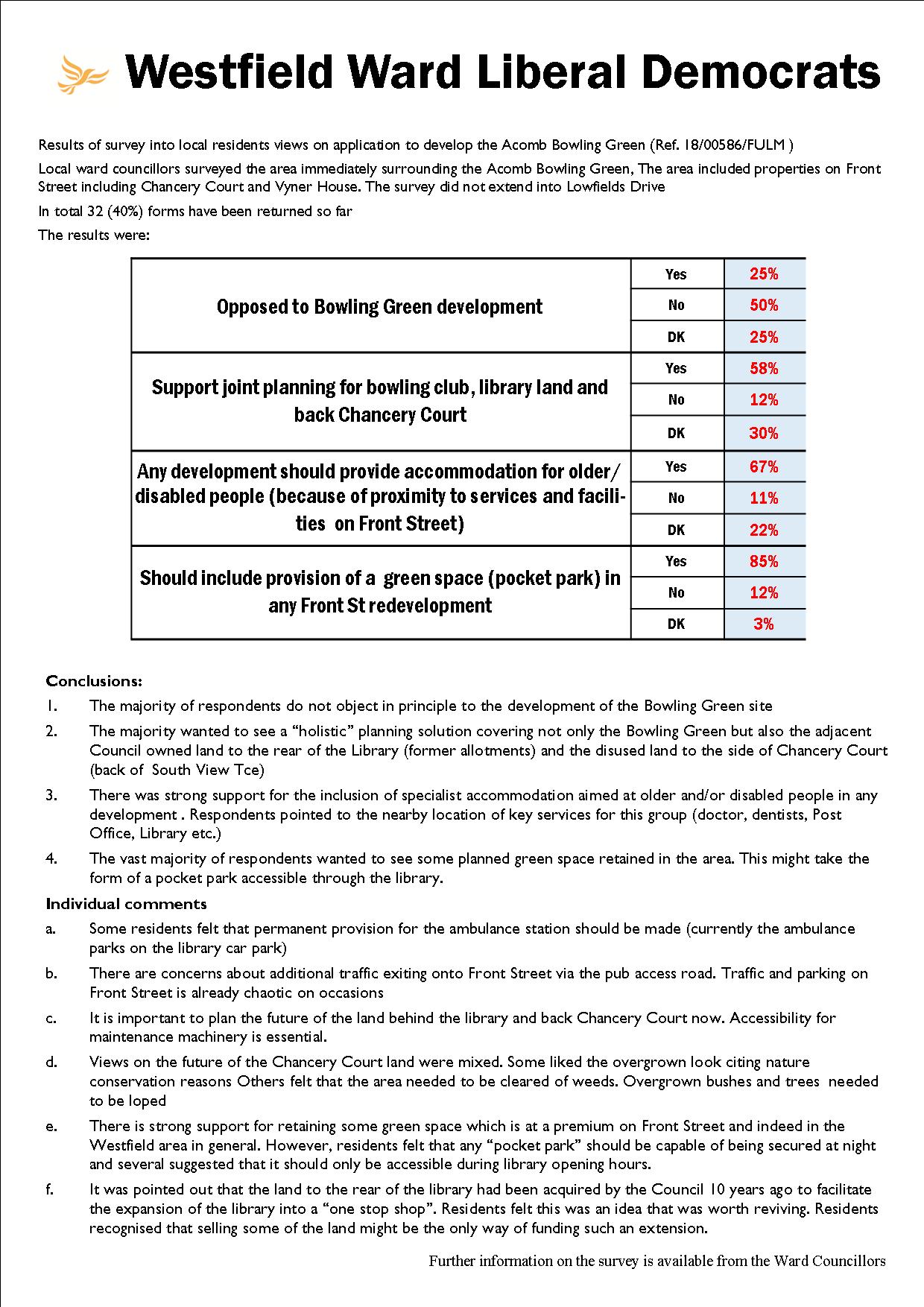 Developers have submitted revised plans for the development of the Acomb Bowling Green site on Front Street. The plot is located behind the Acomb Explore Library.

The revised plans can be viewed by clicking here 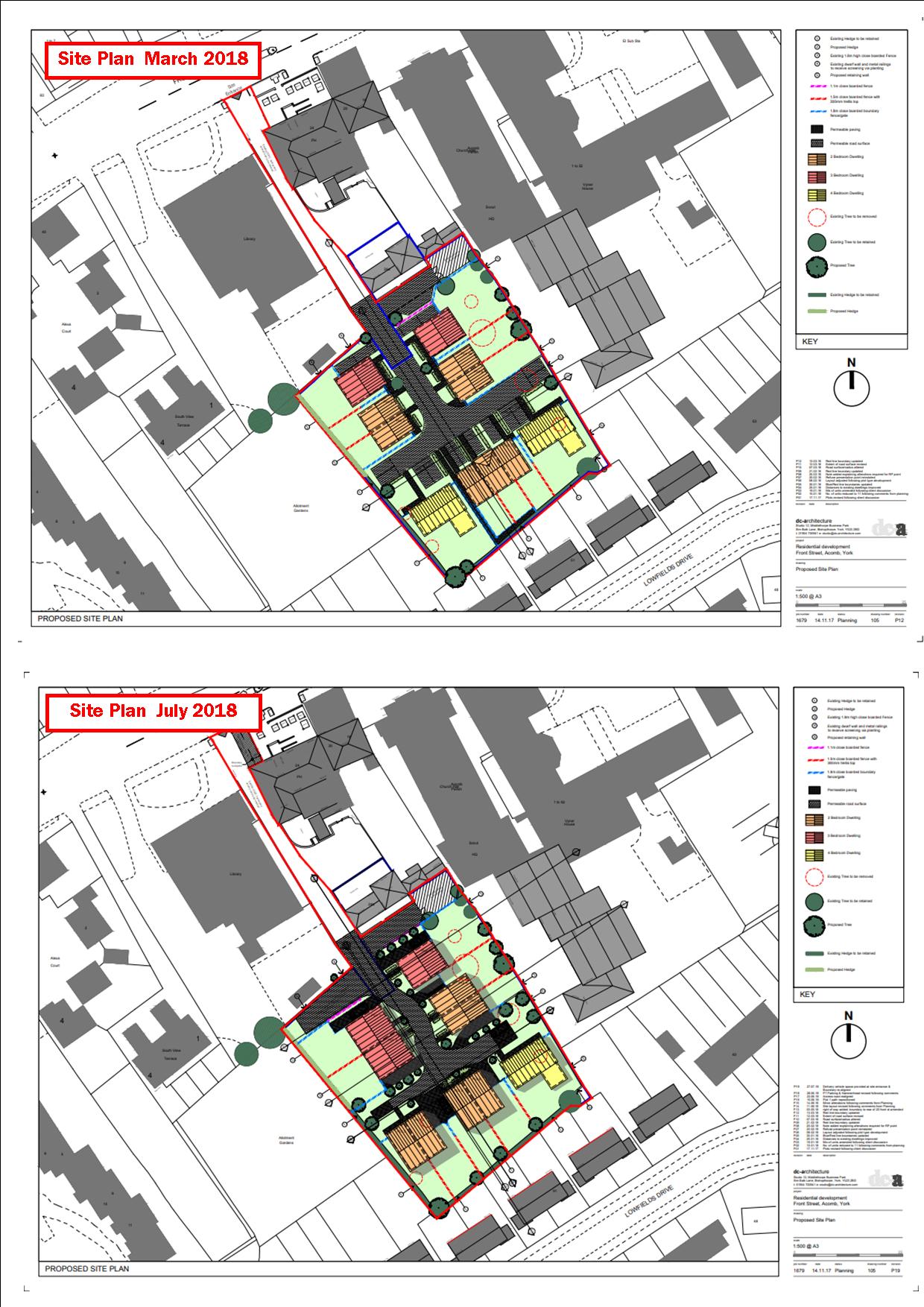 The main differences in the revised plan are:

There is no evidence that the Council, as the owner of the library site and the former allotments next to Chancery Court, is engaging on the future of their parcels of land.

The new plans do appear to provide for a potential access to these areas but fall far short of the hoped for comprehensive regeneration plan.

Council officials were instructed to buy the bowling club land some 10 years ago but failed to negotiate a deal. (The purchase would have allowed the club car park to be used by the Library, although bowling activities could have continued)

Residents of Vyner House have already petitioned against the proposals which would remove not only York’s oldest bowling green, but would also see another area of green space lost from within the Acomb neighbourhood.

Any development should ideally embrace accommodation aimed at older people (amenities are on the doorstep) as well as providing much needed office space for the Library, Police and neighbourhood workers.

There were hopes that a “pocket park”could be incorporated which might include some allotment beds.