Looks like a major management change in the critical @cityofyork street public services team. Generally this is one… https://t.co/WzkJQVvkeQ
View more tweets

Residents have started an “on line” petition aimed at persuading the Council not to close the Burnholme College.

The petition an be found at https://www.york.gov.uk/Doitonline “Have your say”

“Burnholme is a small, caring, supportive school in the heart of the community. It has great GCSE results and a Good OFSTED report. The best Value Add(Student improvement) in the city. The school is willing for anyone to visit to see for themselves”.

England, Ireland, Scotland and Wales will be represented by teams composed of stars from sport and TV undertaking a 1,000 mile challenge – each team running the final mile through the city of York finishing at the Eye of York for an overnight stay.

As part of Sports Relief 2012, four national teams will start the race simultaneously from their home cities of Cardiff, Dublin, Edinburgh and London and will head off clockwise around the UK and Ireland via the other four capital cities as they battle to be the First Nation Home.

Teams wil be expected to finish at the Eye of York at 6pm (any alterations to times will be posted on www.yorkfestivals.com) on Sat 10, Tues 13, Thurs 15 and Fri 16 March

A leading children’s charity has hailed City of York Council’s library services for being a ‘good place for all young people to come’.

The Children’s Society has praised the council after an assessment was carried out by disabled young people who visited Acomb Explore Library Learning Centre last November.

In feedback provided to Acomb Explore, the young people unanimously agreed in their report that the Explore Centre “provides a wide range of inclusive activities, it is fully accessible and the staff have a good attitude”.

Lynda Corker, programme manager of The Children’s Society in York said: “The award isn’t just about ramps for wheelchairs and accessible toilets, important as they are, but also looks at the attitude of staff and their commitment to ensuring disabled people receive a warm welcome and support when it is needed.”

The ‘Good Place To Come’ Award is granted by disabled young people from The Children’s Society’s PACT project in York who aim to help places become more inclusive to disabled people.

The Acomb Explore Library was built by the last Liberal Democrat Council. Further examples followed including a massive refurbishment of the Central Library 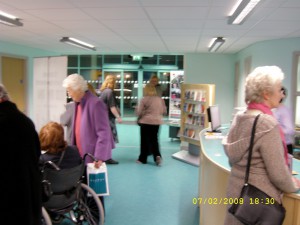 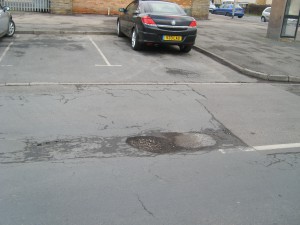 We’ve been out and about in the Foxwood area over the last few days.

Looks like the winter weather has taken its toll on some road surfaces. We reported potholes on Beagle Ridge Drive.

Hopes that essential road and footpath repairs would be carried out in Foxwood next year have been dashed.

Elsewhere we’ve asked for litter to be removed from underneath hedges at Acomb Wood Meadow and the Foxwood Park before the growing season starts and for the cycle barriers on the Tedder Road park to be repainted.

Other issues include a “leaning lamppost” near Herman Walk, vandalised and insecure gates at the Foxwood Park and a repeat complaint about the uprooted litter bin on Chesney Field.

No new yet from the “Prince of Darkness” about when the Council will replace the lampposts on Bellhouse Way which were felled last year? 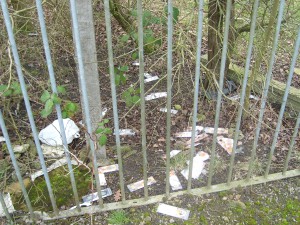 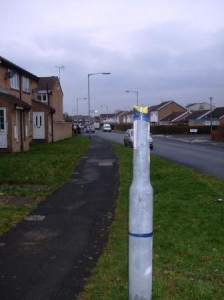 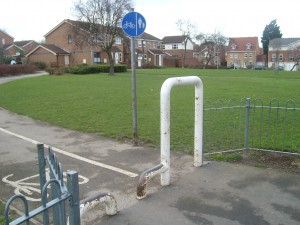 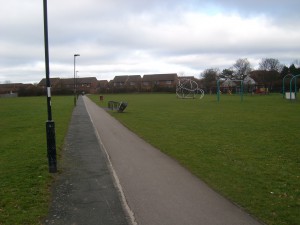 Since the planning application was submitted, they’ve made a few changes to the proposals. The most prominent of these is the removal of the development site to the south of the spine road and the addition of all-weather pitches for community use, which was something that was raised by the Council.

Other amendments include increasing the areas of landscaping and reducing the car parking numbers on site to 1,340.

An exhibition of the revised proposals is taking place at the De Grey Rooms, next to the Theatre Royal in St Leonard’s Place, York City Centre on Saturday 3rd March, between 10am and 5pm. Plans and images will be on display and members of the development team will be there to answer any questions. 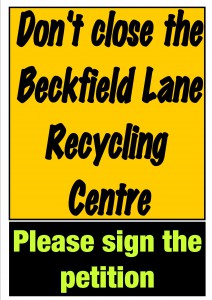 The campaign now has its own Facebook site http://www.facebook.com/SaveBeckfieldLanetipYork

Volunteers will be out at the recycling centre on Saturday (and maybe Sunday) collecting signatures on the petition.

Another 3000 leaflets are being delivered to residents in the Acomb and Foxwood areas over the weekend.

The petition should appear on the Council web site shortly for anyone who wants to “sign” electronically.

The intention is to present the petition to the Council meeting on 29th March.

Further details are available from Reuban Mayne on York 781589

Come along to Foxwood Community Centre to help clear up the Foxwood Park. We will also be creating a new vegetable and herb garden at the Centre

The Gardeners Question Time at Westfield School on Tuesday 17th April at 7pm is open to the public to help with questions about growing your own fruit and vegetables.

This is being organised by BTCV to help with the various projects in the ward to get people growing their own food, and if you need more information then contact Andrew on 337757.

City of York Council is launching the first ever Children’s Book Awards to find York’s favourite children’s picture book and story book of all time.

The council is inviting all children aged 14 years and younger to take part and have their say on what their favourite book is.

A special event to launch the awards will be taking place on 3 March at Explore York Library learning Centre, with well-known children’s author Andy Newbound. The event will take place between 2pm – 3.30pm with lots of activities for children on offer.

Children will be able to nominate their favourite book via the council’s website at www.york.gov.uk/libraries from Saturday 3 March, or they will be able to vote by asking for a form in one of 14 libraries across the city

Nominations will close on Friday 27 April and a shortlist of the five favourite books in each category will be announced in June. Lots of copies of the shortlisted books will be available and children will be encouraged to read and vote for their favourite. Voting closes on 16 September, the same day as the Summer Reading Challenge.

A grand ceremony is set to take place on Sunday 28 October, where prizes will be awarded.

116 residents had signed the “Save the Guildhall” petition when the deadline passed on 24th February.

This makes it the 4 largest ever “on line” petition registered on the Councils web site.

The petition read, “We the undersigned petition the council to ensure that The Guildhall and Mansion House continue to be at the heart of civic and cultural activities in the City, that no attempt be made to downgrade the role, function or public accessibility of the buildings and that any proposals to change the ownership or lease arrangements on any part of the site be subject to full public consultation”.

The petition will now be considered as and when the Councils ruling Labour “cabinet” choose meet to discuss the future of the Guildhall.

A new petition, asking for the Beckfield Lane recycling centre to remain open at least until a replacement has been provided, should be available on the Council’s web site shortly.