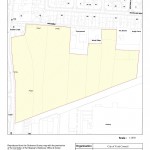 The Planning committee scheduled for 20th December is being recommended to give permission for 87 new homes to be built at Huntington on land near Brecks Lane.

The majority of houses are two storey in height with six houses being two and a half storey with rooms in the roof space.

Of the 87 houses proposed the applicant is offering for 30 of these to be “affordable”. The tenure split is 19 for affordable rent and 11 for discounted sale

Conservative Councillors are proposing a motion at Thursdays Council meeting which could help to raise the curtain of secrecy which descended when Labour took control 18 months ago. (http://tinyurl.com/York-Council-motions-13th-Dec) They are right to do so. Important decisions are being taken behind closed doors. Agendas are not published and officer reports remain confidential until decisions have been taken.

We doubt, however, if the paranoid Leadership of the Council will support the move. 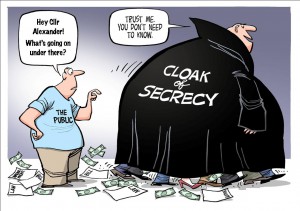 In the meantime, the Council has to respect the legislation passed by the last government. One of the rights it gives is for Councillors to ask questions of those holding Cabinet/Executive responsibilities.

So on Thursday around 50 questions have been tabled. Although some are mundane in the extreme, others could provide information which could be of interest to residents. Some examples:

• EMPTY SHOPS “What proportion of retail and office space is currently empty in each of the City’s sub-urban wards and how does this compare to the City Centre? How much of the “Innovation & Delivery Fund” and the “Economic Infrastructure Fund” does the Cabinet Leader intend to allocate to regeneration initiatives in sub-urban employment centres such as Acomb Front Street?”

• COUNCIL HQ COSTS “Why is the Council purchasing 2405 new seats for the new Council offices when fewer than 1000 staff and visitors are likely to be in the building at any one time?” “What proportion of the furniture at the new HQ will be reused units from the existing offices?”

• CHARGES FOR SPORTS “Following the latest Cabinet decisions, the level of concessionary charges for pensioners playing bowls on public greens will have doubled since Labour took over the leadership of the Council 18 months ago. How many concessionary tickets for this activity have been sold in each of the last 2 years, how much income has this produced for the Council and what are the forecast sales for 2013?”

• CHARGES FOR SPORTS “In September the Cabinet promised to build on the legacy of the Olympics and improve sports participation in York. How does this fit with the plans to increase tennis court charges by 16.7% and 33% for concessions?”

• CARE VILLAGE DELAYS “The Cabinet agreed an April 2014 completion date for the new ‘Care Village’ which is to be built on the former Lowfields School site. When does the Cabinet Member now expect the new Lowfields Care Village will be completed and available for occupation? What are the reasons for any delay?”

• WONDERLAND “Following 2012’s ‘Illuminating York’ debacle, will the Cabinet Member assure the council that the 2013 event will revert to its previous successful format?”

END_OF_DOCUMENT_TOKEN_TO_BE_REPLACED

The Council has announced that an ice sculpture has won the competition to redesign the area around the York Guildhall. 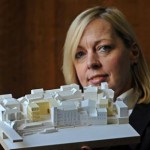 The ice work beat off challenges from architects in Russia, Malaysia and Vietnam.

Council sources say that the Council Leader didn’t fancy visiting any of those countries and in any event they had failed to appreciate that the intention of the contest was to produce a design that would disappear without trace.

The sculpture should melt before the end of the year relieving the Council of any responsibility to find funding to implement the plan.

Cabinet member Julie “down in the“ Gunnells said, “I had expected something a little bigger but the all white design should fit in nicely when it snows”.

The Stop Loan Sharks Project, which is supported by City of York Council, is cracking down on illegal doorstep lending this Christmas. Through enforcement action, education and raising awareness the scheme aims to put an end to this crime and encourage the public to celebrate the season without turning to an illegal money lender.

END_OF_DOCUMENT_TOKEN_TO_BE_REPLACED

Tang Hall area has been selected as a Big Local Area to have £1 million over ten years being allocated by the Big Lottery Fund.
END_OF_DOCUMENT_TOKEN_TO_BE_REPLACED 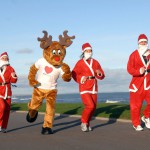 Energise – the leisure centre on Cornlands Road – would like to set up an ‘Energise Customer Forum’ which will allow Energise customers to have an input into the daily operations of Energise.

The idea is to discuss key areas of the building and sessions that will allow Energise to continually improve its service and facilities.

If you are interested in getting involved please email energise@york.gov.uk to register your interest.

York Police have published a statement saying, “We are pleased to announce the launch of a Police Community Support Officer recruitment campaign.

As one of our PCSOs you will make a real difference to your local community and contribute to making North Yorkshire a safer place for everyone.

As a member of the Safer Neighbourhood Policing Team, you will work closely with local residents and businesses, being visible, engaging and proactive in tackling those issues that matter to our communities.

You will be self motivated, committed to delivering excellent customer service and a team player who can work effectively in teams within North Yorkshire Police as well as with partners and community groups.

We are seeking people who are first class communicators, proven problem solvers with high levels of personal resilience and a desire to make a difference in local communities. Successful candidates will receive ongoing training and support.

We are looking for community focused people to join us at North Yorkshire Police and would welcome applications from all members of the community. Posts are available in forcewide locations, however we are in particular seeking recruits for Scarborough and the East Coast.

Join in with the web chat on Wednesday 12 December 2012 from 6pm to 7pm to find out more information about the role of a PCSO, the recruitment and training process.

Applefields School is the local authority’s special school for secondary aged pupils with a wide range of special educational needs. The school supports 140 pupils aged 11–19 years from York and the surrounding areas of North Yorkshire and the East Riding. 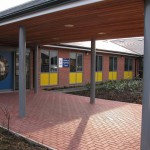 In developing the range of local authority provision for children with special educational needs in York, Applefields School sought to establish a Satellite class for students with learning difficulties based in Burnholme secondary school.

The aim of the Satellite provision was to provide opportunities for students with learning difficulties (on the roll of Applefields School) to be based full time in a mainstream secondary school in order to have access to individually planned inclusion opportunities with the support of staff from the special school. The students have use of a base classroom in the mainstream school where they access their core curriculum.

The Council proposes that the Applefields satellite provision will transfer to Manor school when Burnholme closes. 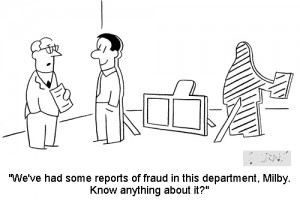 Activity to date includes the following:

• Benefit Fraud – 14 people have been prosecuted for benefit fraud offences and a further 10 have received formal sanctions (cautions and administrative penalties). Benefits have been corrected in a further 50 cases.

• Housing Fraud – working in conjunction with housing officers, 15 properties have been recovered in 2012/13. In addition, 2 properties were prevented from being let where the prospective tenants had provided fraudulent information in their housing applications. There are 30 current investigations in this area. City of York Council successfully prosecuted a tenant for subletting this summer. This was only the third such prosecution of this type in thecountry.

• Internal Fraud – the team has received 9 referrals for internal frauds to date. 5 are currently under investigation.

• Social Care Fraud – fraud awareness has been delivered to frontline staff and processes setup for the referral of cases where abuse of the system is suspected. There are currently 7 ongoing investigations in this area.

• Blue Badge Fraud – fraud awareness is currently being undertaken with relevant staff. In October the council prosecuted a member of the public for offences under the Road Traffic Act.

• Council Tax Fraud – there are three ongoing investigations into criminal offences relating to the evasion of council tax.

Three York men were arrested in the early hours of this morning (Sunday 9 December 2012) following three burglaries at commercial premises across the York area overnight.
END_OF_DOCUMENT_TOKEN_TO_BE_REPLACED