Following yesterdays revelations, that senior officials have left York Social Services Department, an Auditors report has provided further information on the background to the developing crisis.

Auditors Mazars, in a report to the Councils Audit and Governance committee next week, include the following paragraph

They go on to say “We are working closely with officers to understand the barriers to progress and how they can best be addressed. The Chief Executive has recognised that insufficient progress has been made and has instituted an accelerated recovery and improvement process, working closely with the Director of Health and Wellbeing. We continue to review the Council’s arrangements to secure VFM in its use of resources. This has included reviewing the Council’s key plans and the delivery of those plans, and its financial arrangements, as well as considering the data in VFM profiles”. 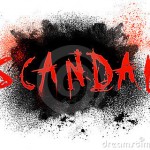 If good value for money is not being achieved – and it appears that it isn’t with an overspend last year and a similar situation developing this year – then the whole Council budget is in jeopardy.

That could have a knock on effect on the quality of a wide range of public services provided in the City and on the level of Council Tax which will be levied in future years.

No doubt the Audit Committee will be requiring the attendance of the Cabinet members (Simpson Laing & Cunningham Cross), who have presided over this crisis, to attend their meeting and account for their actions. 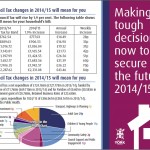 “The city’s demand for adult social care services is increasing at such a rate that by 2019/20 adult care costs are expected to account for 50 per cent of the council’s net budget. The council is investing a further £2.5m for adult care services in 2014/15, to ensure York’s most vulnerable residents are taken care of.

In 2014/15 the council will pay for approximately half the adult care cost increases through an increase in Council Tax, of 1.9 per cent, an average of 37 pence  per household, per week”.

NB. The Council is being criticised in todays media for paying an interim Director £700 a day.

Following the sacking of the responsible Cabinet member (Cllr Simpson Laing) a few weeks ago we understand other changes are afoot in the York Councils Health and Social Care Department.

The Department has been struggling to manage its budget during the last 3 years and now we understand that two senior managers are leaving the Authority.

No doubt the Councils auditors will be taking an interest in the behind the scenes activities but it is a shame that the Councils “scrutiny” process has proved to be so ineffective.

It is there that problems of this sort should be nipped in the bud.

Hopefully the more vulnerable of York’s residents will not be the real victims of this emerging scandal. 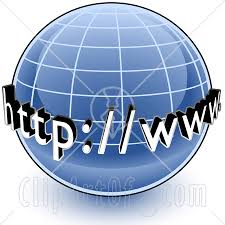 Explore York Libraries and Archives, in partnership with York Carers’ Forum and the Tinder Foundation, are offering free support to local paid and unpaid carers on how to use computers and get online.

Explore Digital Care is a free, six-part course which will help care-givers in York understand the basics of using digital technology which will give them access to online support and resources themselves and so help those they care for.
END_OF_DOCUMENT_TOKEN_TO_BE_REPLACED

York is celebrating the work of carers next week as part of national Carers Week (9-15 June). 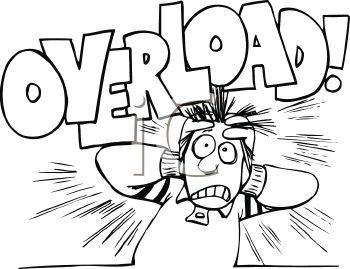 Carers Week is a UK-wide annual awareness campaign, which aims to improve the lives of carers and the people they care for and in York it’s a chance for unpaid carers to take a break and join in one of the many activities on offer.

On Monday 9 June at CVS (Priory Street) from 10am to 3pm carers can have a free health check, visit information stalls and hear short talks.  There will also be some live music, a free lunch and complimentary therapies.Please call York Carers Centre on 01904 715490 to book a place.

On Wednesday 11 June York Carers Centre have a stall in the reception area of York Hospital and a bus in Parliament Street where carers can call in. York Carers Forum are also holding a Carers Service at 1.20pm in York Minster, all welcome. At 5.30pm at City of York Council West Offices there is an information sharing meeting for carers who look after an adult on the autistic spectrum.

Carers will also be able to brush up their web skills thanks to a free six-part course offered by Explore York Libraries and Archives and the Tinder Foundation, in partnership with York Carers Forum.

Running from May to September, Explore Digital Care is a free six-part course for local carers.  Each carer who enrols on the course will be invited to attend six free lessons in using different aspects of the internet, including staying safe online, using email, searching the internet and using various carers resources and forums online, amongst other things.
END_OF_DOCUMENT_TOKEN_TO_BE_REPLACED

York’s new Community Interest Company, Be Independent Community Equipment and Response Service, is looking for customers to help shape the new service to some of York’s most vulnerable residents.

END_OF_DOCUMENT_TOKEN_TO_BE_REPLACED 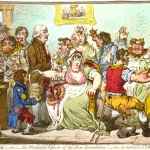 Proposals to transform health and social care in York have been given the go-ahead by the city’s Health and Wellbeing Board.

– The development of local care hubs of health and social care staff who will rapidly assess and diagnose issues and needs to enable people to remain at home or return there at the earliest opportunity.

– Shared Care Records, so people only have to provide their details and case history once.

– Single Point of Contact– a health or social care-lead who takes responsibility for the individual as the move between services.

The council’s Community Equipment Loan Store and Telecare Service (CELTAS), which provides social care equipment, Warden Call and telecare support to vulnerable residents across the city, will become a Community Interest Company from 1 April. The council will continue to have a share in the new company – ‘Be Independent’ – though the majority will be staff-owned.

END_OF_DOCUMENT_TOKEN_TO_BE_REPLACED

York Blind and Partially Sighted Society and The Resource Centre for Deaf People have already moved into the new facility in Rougier House, which they will share with other voluntary and community organisations, together with York Learning, the city’s adult and community education service.

The new social care hub will play a key role in supporting voluntary and community organisations to complement health and social care services across the city and improve the lives of vulnerable residents.

END_OF_DOCUMENT_TOKEN_TO_BE_REPLACED

Disability sport in York is set to receive a welcome  £9,933 award from Sport England for the ‘York Cycling for All’ project.

The money will be used to purchase 10 adapted bicycles which will open up opportunities for disabled people in York to try cycling for the first time.

END_OF_DOCUMENT_TOKEN_TO_BE_REPLACED 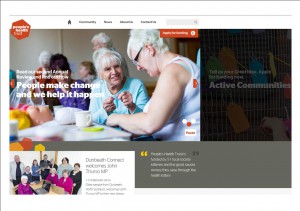 Grants will be available of between £5 and £50k (over two years). Applications can be submitted by any type of “not for profit” organisation including CIC’s.  The projects length will between 9 months and two years (minimum 9 months to allow relationships to be formed ‘create stronger social connections between people’)

The project must be designed and run by local people. It must create stronger social connections between people and create a greater sense of general happiness. “It must help make the local community even better”.

For further information about the scheme and to apply visit www.peopleshealthtrust.org.uk