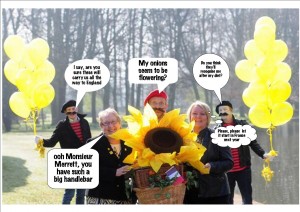 Organisers are playing down rumours of a big overspend on the local budget for the Tour de France. Some estimates say that crowd control costs are now likely to be twice the original estimate.

On Thursday the Council Leader has been asked to report to a full Council meeting what income the City has obtained to offset its £1.6 million expenditure on the event.

Tomorrow the Licensing committee will decide whether to permit Monk Stray to be used for camping and other activities connected with the event. 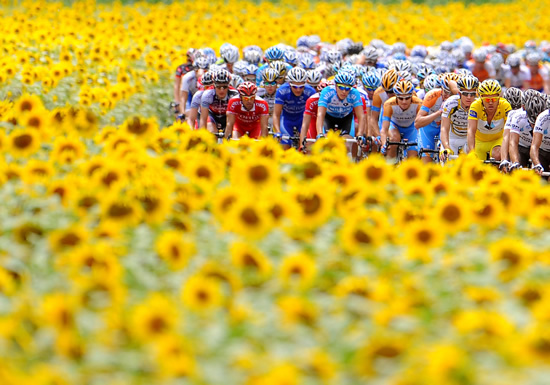 Residents of York, famed for its cycling culture and yellow blaze of daffodils on the city walls, are being invited  to get growing and help welcome the Tour de France on 6 July by Planting the City Yellow.

Anyone who wants to get gardening and brighten the city can dig in as part of the city’s arts and cultural festival called York: Be part of it.

Thanks to local sponsor Aldby Field Nurseries, 1,500 packs of French marigold seeds, compost, a seed tray and instructions will be available free to residents keen to start sowing.

END_OF_DOCUMENT_TOKEN_TO_BE_REPLACED 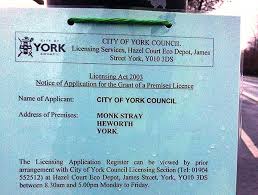 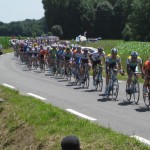 END_OF_DOCUMENT_TOKEN_TO_BE_REPLACED

City of York Council is giving cycling fans across the globe the chance to experience Stage 2 of the 2014 Le Grand Depart in style if they win a once in a lifetime prize worth £400.

The lucky winner will receive a two night luxury glamping experience for two people, two tickets to the start at York Racecourse, a selection of Experience the Race merchandise and £50 to spend in York Designer Outlet.

END_OF_DOCUMENT_TOKEN_TO_BE_REPLACED

Tennis and golf balls are set to fly this Spring as York residents are invited to take to the courts and courses with new sessions organised by City of York Council.

The council-owned tennis courts at Hull Road Park and Pike Hills Golf Course are the latest venues to hold sessions aimed at adults who are beginners to the sport or who may want to refresh their skills. This is the first time that these courses, starting in March, have taken place at these venues.

END_OF_DOCUMENT_TOKEN_TO_BE_REPLACED 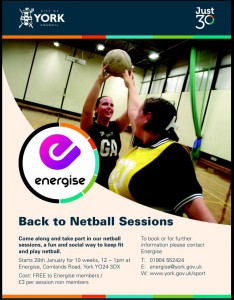 Disability sport in York is set to receive a welcome  £9,933 award from Sport England for the ‘York Cycling for All’ project.

The money will be used to purchase 10 adapted bicycles which will open up opportunities for disabled people in York to try cycling for the first time.

END_OF_DOCUMENT_TOKEN_TO_BE_REPLACED 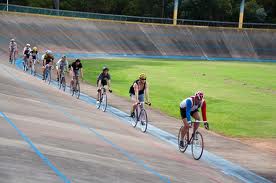 The much delayed outdoor velodrome at the University of York is set to gain approval at a Planning meeting which is taking place tomorrow.

York Council taxpayers are contributing £200,000 towards the project which is described in Council budget papers as a “closed cycle circuit”.

The application is for the construction of a 250m-long, 7m-wide, tarmac surfaced, outdoor “velodrome”.

The track would be oval-shaped and banked at each end. The base of the track and the central oval would be at existing ground level.

The banking at each end would rise to 4m above existing ground level and have a gradient of approximately 18%. The track profile would be achieved by creating earth banking to support the track.

The centre of the oval would be partly hard surfaced and partly grassed.

The Council has now published the application that it has made (to itself) for a premises license for the use of Monk Stray.

There are no restrictions on the duration of the license which would allow plays, films, live music (till midnight), recorded music, performance of dance and “anything similar” together with the supply of alcohol for on and off site sales (until 2300 hours)

The application can be read here

Residents have until 24th February to submit any objections.

The Council have so far failed to explain why the event could not have been accommodated on the Knavesmire.

Larger events, such as Royal Ascot at York and a visit by the Pope, have been accommodated there without major difficulties.