An exciting and innovative new visual arts project which explores hidden areas of York, has been unveiled as part of the York: Be part of it programme, a dynamic arts build-up to the Tour de France coming to York on 6 July, and part of the region-wide Yorkshire Festival 2014.

York Curiouserwill explore the historic city through contemporary art interventions. From 14 June to 7 July – the day after the Grand Départ leaves York – new artworks will lead people into unexplored and hidden areas of York, as well as encouraging them to take a fresh look at better-known parts of the city.

END_OF_DOCUMENT_TOKEN_TO_BE_REPLACED 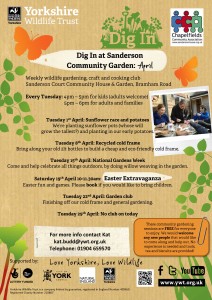 As part of City of York Council’s York: Be part of it programme, acclaimed Leeds-based theatre company tutti frutti and York Theatre Royal are set to delight young theatre goers

Monday’s Child tells the simple poetic story of the unique bond between an old lady and a young girl, as the audience share the delights and surprises of the respective stages of their lives.

Monday’s Child is suitable for 3-7 year olds and their families. Tickets are priced at £10 for adults and £6 for children and can be obtained by visiting the Box Office or by calling 01904 623568. Tickets are also available online at http://www.yorktheatreroyal.co.uk/

END_OF_DOCUMENT_TOKEN_TO_BE_REPLACED

Residents, businesses and local groups are invited to find out more about making the most of the build-up to and the Tour de France itself, at the next dedicated information session.

On Thursday 10 April, from 5:30pm at the Rowntree Park Reading Café, local people can drop in to find out about arrangements for routes and traffic management, and about camping and caravanning in the city. There will also be information on how to get involved in the cultural festival – York: Be Part of It – and plans for the exciting spectator hubs where people can enjoy the celebrations.

END_OF_DOCUMENT_TOKEN_TO_BE_REPLACED

Residents in City of York Council’s Older People’s Homes have been trying their hand at Boccia, chair-based exercises and parachute games as part of a trial to increase activity levels and wellbeing.

Evidence shows that sedentary behaviours take up 80 per cent of an average 70 year old’s day in a care home, yet regular activity can help reduce the age-related decline in strength, endurance, bone density and flexibility.

The taster sessions, run by the council’s Sport and Active Leisure Team, have proven so successful that fortnightly activity sessions will now be held at each of the council’s Elderly Person’s Homes.

It seems that some local businesses are taking the Councils advice seriously and are trying to make the most of the weekend of the Tour De France Grand Depart.

On Thursdays the Council Leader said that “our main objectives are to ensure local businesses benefit hugely”.

So how much can visitors expect to pay for their trip to Yorkshire on 5th and 6th July? (comparative prices for other summer weekends taken from trip advisor)

Many other York hotels are now fully booked. However many are also fully for most weekends during the summer period!

So there is little evidence to suggest that the kind of excessive price hikes, seen at other major sporting events world wide, are taking place in York

Parking is now advertised at £8 per day. 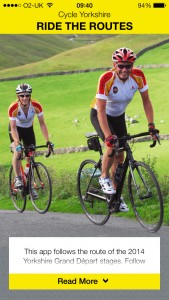 Amidst growing concern about the escalating cost of staging the Tour de France start in York, the Council has launched a new mobile phone “app”.

It is called Cycle Yorkshire Ride The Routes.

Enabling cyclists to experience the Tour de France route from their mobile, the app is designed around the Yorkshire stages of the Grand Départ and encompasses information on the routes, hints and tips on how to cycle specific sections and general rural cycling road safety advice.

The information is presented in short videos on the app and text (for areas where mobile signal is limited). The film clips show Jamie Sharp (Semi pro rider for Team Hope) cycling each section with Jonathan Cowap (BBC York Radio Presentator) providing the advice and information in the voice over.

The app has been created as part of an ongoing Regional Safer Cycling Project that is the work of a Partnership Team, made up of representatives of every Yorkshire & Humber Road Safety Partnership.

Lead by City of York Council on behalf of the region. Kathryn Mackay, Road Safety Project Officer at City of York Council, said, “The app is aimed at all those cyclists and groups who are coming to Yorkshire to ride all or part of the Grand Départ routes like their professional heroes.

END_OF_DOCUMENT_TOKEN_TO_BE_REPLACED

After months of prevarication the York Council has revealed how much of its £1.6 million investment it hopes to recoup from camping, sales and other sponsorship.

The Council Leader said that a business plan had been drawn up earlier in the year; “my expectations on income would have been circa £175,000 directly to the council”.

In a moments panic, he later claimed that the estimate might have to be reduced because of the decision to restrict the opening hours of the camp site on Monk Stray!

Quite how much the Council was planning to charge Monk Stray campers will now be a matter of some local interest.

He went on to say that “our main objectives are to ensure local businesses benefit hugely”.

Some hospitality businesses are already doing hugely well out of taxpayer funded events!

A seemingly endless stream of no expense spared events has been taking place over the last few days.

They culminated in an exclusive dinner last night in Ripon Cathedral which was attended by 2000 people. 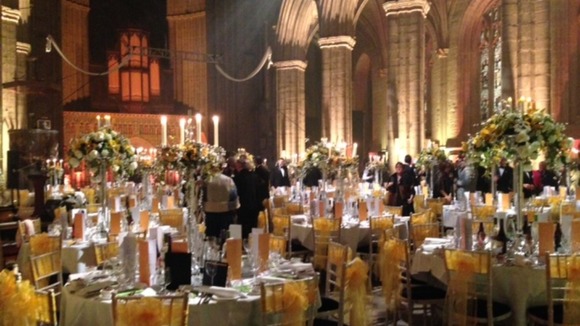 NB. Unfortunately the York Council’s Chief Executive failed to attend last nights important Council meeting. Had she been there, she might have been able to advise a floundering Labour Cabinet, on the steps necessary to control expenditure on the “Grand Départ’ before they get totally out of control. 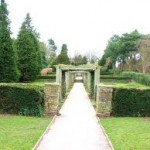 The refurbished rose garden in West Bank Park is being planted with 552 roses ready for a blooming beautiful summer display.

Members of the West Bank Park Heritage Centre and Cafe Group have been helping to plant 37 new beds, featuring seven varieties of rose and 552 shrub roses. The locally-sourced roses include a rich range of colours and the varieties used are Angela, Dearest, Golden Wedding, Heaven Scent, Iceberg, Living Fire and Southampton and have been selected to provide scent and colour throughout the summer.