Figures released today (17 September) by the Office for National Statistics have shown the number of people claiming Jobseekers Allowance (JSA) has fallen by 42.8 per cent since August 2013.

Today’s figures means the number of claimants in York has fallen for the sixth consecutive month.

The statistics show there to be 1,441 claimants in York, a decrease of 75 from last month.

The claimant count represents 1.1 per cent of the working population contrasts to the regional average which stands at 3 per cent.

The figures are also much lower than the national average which is currently 2.3 per cent.

Mystery deepens over Council decision as FOI response reveals only 4 empty units may be affected. 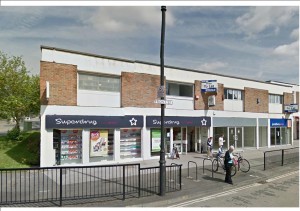 The Labour Cabinet came under fire earlier in the month when it nodded through a proposal to give 50% Rates relief to any empty property in the “Acomb” area that was brought back into use.

Now the Councils list of empty retail (and commercial) properties in the YO24 and YO26 area has been published.

The list reveals that the main “problem” property (which is also very prominent) is 11 – 15 Front Street (part of which was formerly occupied by Superdrug). We understand that the property was sold be the Coop Bank a couple of years ago and is now understood to be back on the market.

Many will feel that this site needs redeveloping although what Rates discount would apply to new properties remains unclear.

As we have said before, there is a good case for improving on the government scheme which gives a Rates discount on re-occupied properties which have been empty for more than 12 months.

However if discounts apply from day one then this could rightly be regarded as unfair competition by existing traders.

It was pointed out at the time, that the area of benefit was ill defined and – if it was intended to boost the Front Street area – then it needed to be focussed on longer term empty properties.

With the recession now ending it appeared that most shops had either been occupied or were under offer. Some prime sites are now understood to be changing hands at a premium.

The Liberal Democrat Group was disappointed that the Labour Cabinet did not support a comprehensive regeneration proposal for Front Street at July’s full Council.

This proposal, which uses powers given to Councils by the Coalition Government, seems to have been cobbled together in a rush – as the rewrites in the paper published on the council website indicate. Key details such as which exact area the discount will apply within are missing (the council papers refer only to “Acomb”). The paper does not explain why the scheme is restricted to retail premises (the similar Government scheme refers to all businesses) and it does not explain how temporary ‘pop-up’ units will affect entitlements.

We would also like further information on how the process will work given the September deadline for applications. The concern that the discount could be used by national chains, moving into prime sites immediately as leases become available, is not addressed and no alternative proposals are considered e.g. focusing discounts on properties which have been empty for over 3 months (business rates are not payable on a commercial property for the first 3 months that it is empty). 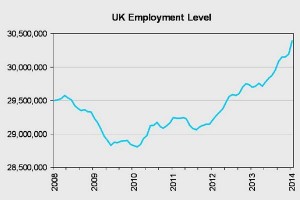 Unemployment in York fell to 1.1% in June.

Although attention will now switch to the quality of jobs in the City – and maybe concerns about labour shortfalls in areas like care services and retail – effectively the City now has full employment.

Businesses can benefit from free advice on a variety of areas as York hosts two Pop-Up Business Advice events next week.

Your Bike Shed, Micklegate will host the event on Wednesday 13 August between 8am and 12noon where businesses can drop-in for advice on social media and digital marketing, business Start-up, planning and advice, commercial law and many more. END_OF_DOCUMENT_TOKEN_TO_BE_REPLACED

Those interested have until the end of the month to apply.

The fund has already helped over 220 projects get started across the country, creating and safeguarding jobs in a diverse range of industries from life sciences to motor vehicle manufacture.
END_OF_DOCUMENT_TOKEN_TO_BE_REPLACED

City of York Council is making a final call out to creative and cultural businesses who would like to access funding to create Apprenticeships and paid internships.

City of York Council will be applying for the Creative Employment Programme funding in August on behalf on a consortium of creative and cultural organisations in York and the surrounding area.
END_OF_DOCUMENT_TOKEN_TO_BE_REPLACED

The number of people claiming Jobseekers Allowance (JSA) in York has fallen further below pre recession levels (1.5 per cent).

Figures released today by the Office for National Statistics have shown that there are 1,577 claimants in York, a decrease of 213 from last month. The figures also showed that the city has seen a reduction of 974 since June 2013, meaning that number of people claiming Jobseekers Allowance has decreased by 38.2 per cent.

Culture, festivals and leisure set to be hived off

The York Council is to take on the liabilities of the Science City organisation and is breaking its partnership with the University of York.

Science City claims to have brought £30million in investment to the City over the last 14 years.

Now the Council is replacing it with a wholly local authority owned company on which it will have only two Board members.

Taxpayers will be expected to pay £710,000 plus set up costs to sustain the new company.

A less than convincing business plan suggests that most of its activities will be similar to those undertaken by the long defunct Inward Investment Board.

Other activities are intended to underpin the (generally successful) Visit York organisation which has been in existence for less than 3 years.

As well as the lack of transparency, taxpayers will worry about the City Centre/visitor bias of an organisation which also aspires  to take over “cultural and leisure”activities.

The company owners (York taxpayers) will have little say over the objectives of the new company, its Board appointments or method of working.

It is likely to hold its meetings in private, further reducing local residents influence.

The targets of the new company refer entirely to the City centre. Neither Front Street (badly in need of regeneration) nor any other suburb centre gets even a passing a mention.

With the Labour administration on its last legs, the best interests of the City would be best served by trying to get a cross party consensus before entering into an arrangement which may only have a life of a few months.

The Council report fails to reveal the terms under which the City would acquire the Universities share of the Science City company.

NB. Last year the Council Leader actually welcomed a bid by Science City to manage all business grant investment decisions for the City.

Young people across the city will be able to view over 250 Apprenticeship vacancies and receive job advice as City of York Council hosts an Apprenticeship Recruitment Event on Tuesday 1 July. 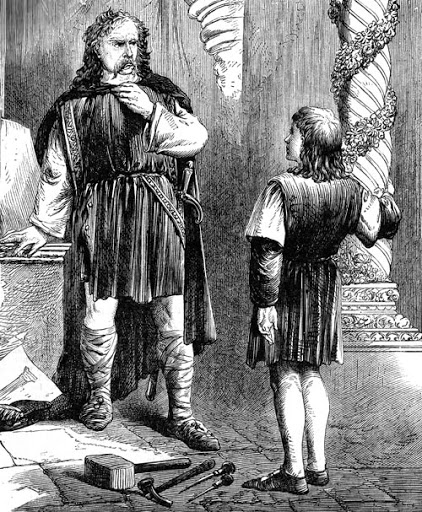 The event, which will take place from 4.30pm-7.30pm at the Hilton Hotel, will showcase exciting Apprenticeship opportunities from both large and small to medium-sized York employers.

The recruitment event comes after the success of the York Apprenticeship Challenge which saw 104 local businesses pledge to create 162 Apprenticeship vacancies in the city.

Young people aged 16-24 and their parents will have the chance to meet with recruiting employers as well as find out about alternative routes to Level 3 qualifications and university.

Connexions advisors will be available at 29 Castlegate alongside the event to support young people with their next-level options, including Apprenticeships, plus CV and Job Application workshops.