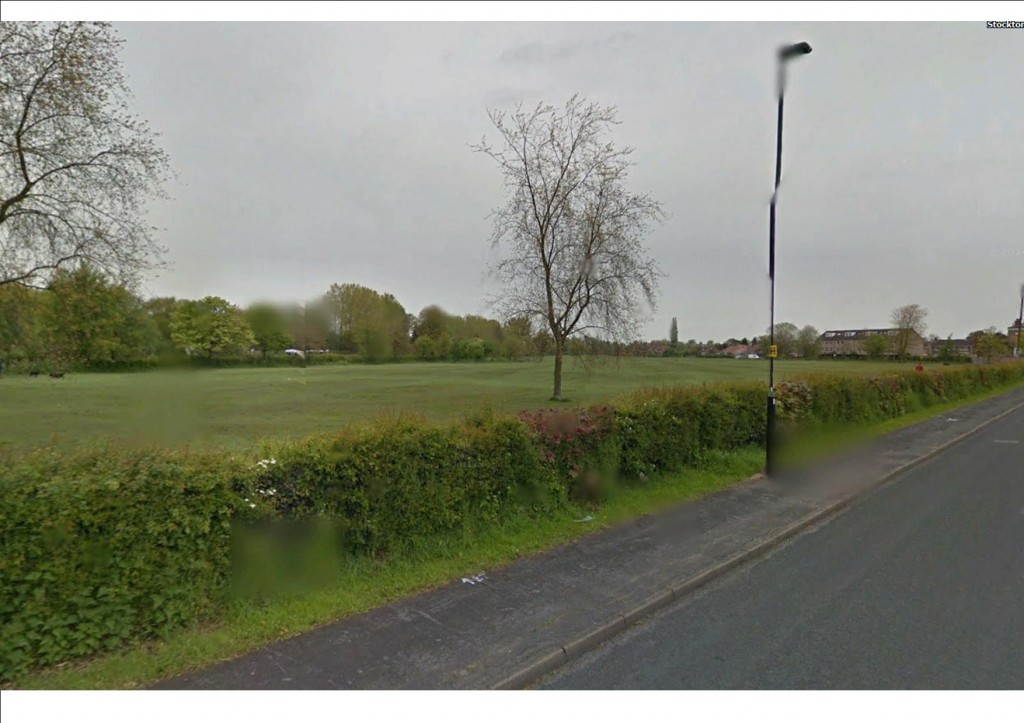 Liberal Democrat Councillor Nigel Ayre has welcomed the news that Labour run York Council has withdrawn its attempts to install a permanent 8 metre gate onto Monk Stray from Stockton Lane.

The surprise annocument came this afternoon just hours before the council’s Planning Committee was due to debate the application. It was believed that the gate was being put in to allow large vehicles to access the site during next month’s Tour De France, when Monk Stray will be turned into a ‘Spectator Hub’.

However, over 70 local residents had objected to the application citing concerns that the gate would change the character of the historic public space, lead to the loss of grass land, increase traffic problems on Stockton Lane and would lead to regular large scale events on the Stray. Concerns were also raised by Cllr Ayre that removing historic hedgerow would break regulations.

“I am pleased that officers have listened to local concerns and taken the sensible decision to withdraw this planning application. With significant local opposition and many unanswered questions it was the logical thing to do.

“However, this is another embarrassing episode for the Labour Cabinet Member and her plans for Monk Stray. It has been one blunder after another. First Labour’s attempts to get a licence to hold events every year on the Stray was defeated, then the Caravan Club pulled out of hosting camping on the site for the Tour De France, and now the plans to install a gate before the Tour have been withdrawn.

“The mistake that Labour has made at every step is to propose half-baked plans before consulting with local residents. Monk Stray is a much valued open space that belongs to the people of York. Labour seem to have completely forgotten this.”

Full details of the withdrawn application can be found here: http://modgov.york.gov.uk/ieListDocuments.aspx?CId=814&MId=8121 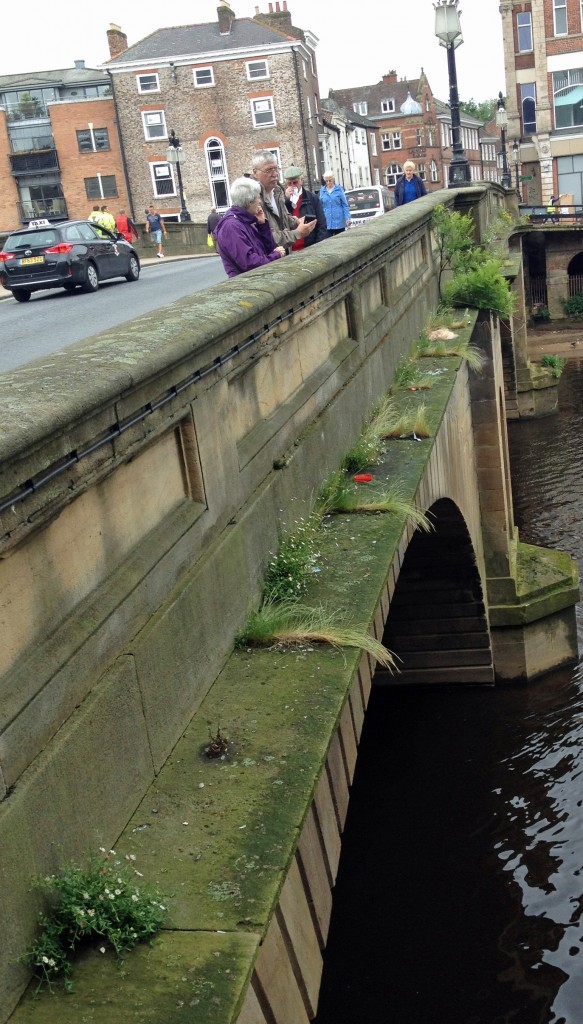 The Labour Leadership of the York Council has come under attack from visitors and residents alike for neglecting the appearance of the City.

In the City centre, tourists have pointed to Ouse Bridge where weeds are now overgrowing the parapet.

The bridge stonework has deteriorated while failure to control algae and moss growth could lead to major repair costs in a few months time. 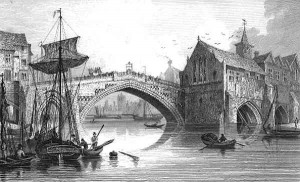 No historical evidence of horticulture on Ouse Bridge

The bridge is one of the most used by pedestrians in the City with many visitors photographing the river and banks from it.

Nor is the situation better in the sub-urban areas with some side streets in Acomb covered in foot high weeds.

The Council revealed recently in a response to a Freedom of Information enquiry that it gives a contractor £70,000 a year to control weed growth on local highways and footpaths 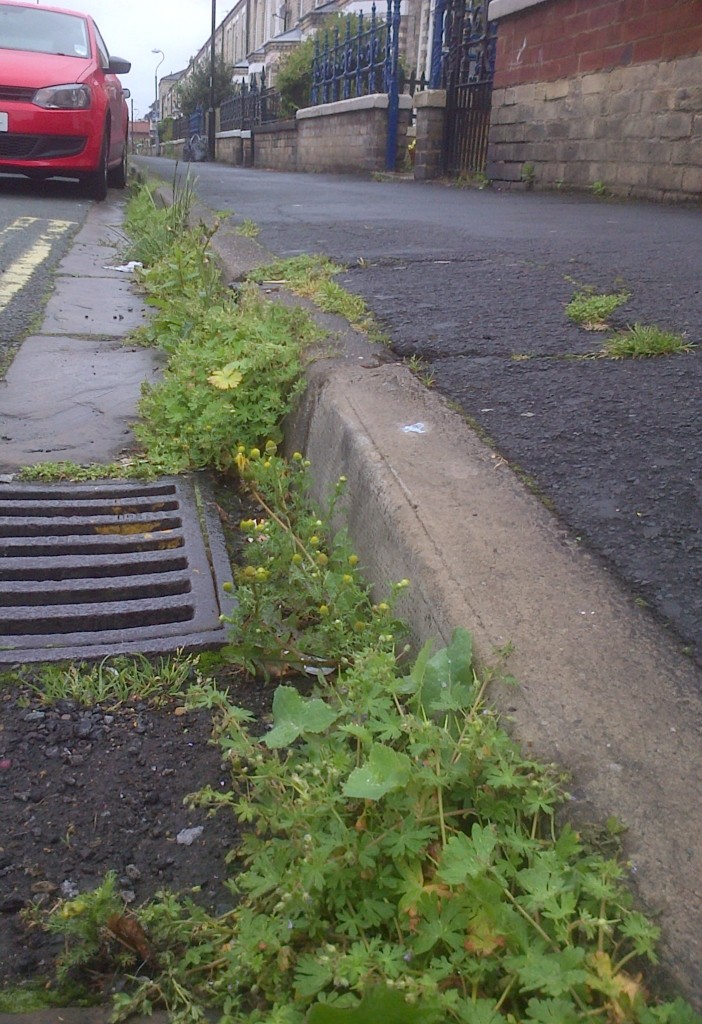 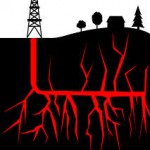 The York Council has released, under Freedom of Information legislation, copies of correspondence its Labour Leadership has had on the subject of Fracking

The Emails can be read here: 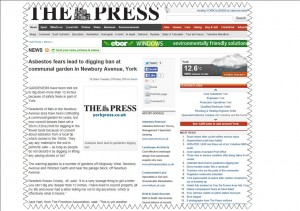 The Press are reporting that traces of asbestos have been found on land near Kingsway West.

Householders have been warned “not to dig down more than 12 inches” in their gardens.

We reported last year that a former landfill site in the area was being investigated.

Now it seems that there is some residual contamination but it is largely inert and unlikely to be a factor in existing residents everyday lives.

The Council – which is behind schedule in submitting its planning application for the Newbury Avenue garage site – now has another issue to address if it decides to go ahead with its controversial building plans.

Another batch of trees funded by The Galtres Festival Charitable Foundation will soon be planted in York, under the festival’s partnership with Treemendous. 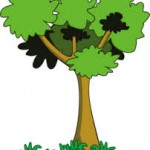 The Foxwood area of York has been chosen as the location for this latest planting project, where it is hoped new trees will line public paths and form new areas of woodland.

Ticket-buyers for the annual Galtres Parklands Festival are encouraged to contribute to the event’s plant-a-tree scheme, which Galtres has set up as a voluntary carbon tax – and this week £1425 has been channelled to the city’s Treemendous initiative.
END_OF_DOCUMENT_TOKEN_TO_BE_REPLACED

City of York Council is reminding residents that all households must place their new garden waste sticker on the lid of their green bin by Monday 5 May to ensure continued collections.

The introduction of charging for emptying second and subsequent green bins was a controversial decision of the Labour Council announced last year.

END_OF_DOCUMENT_TOKEN_TO_BE_REPLACED 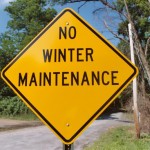 New figures reveal that Labour run York Council overspent this year’s winter maintenance budget despite it being one of the mildest winters on record.

The council’s 2013/14 winter budget, which funds gritting and salt bins, was £107,000 in the red despite the city seeing no significant snowfall or prolonged frosts this winter. This has led to concerns that recent cuts by Labour have left the budget dangerously low and if next winter sees more typical weather there will be major disruption in York.

Labour has cut the winter maintenance budget every year since coming to power in 2011, and last year took 30 miles of road off the priority gritting list while cutting two-thirds of the city’s salt bins.

“It is extraordinary that despite it being the fifth mildest winter since national records began the Labour Council has still overspent its budget.

“Cuts by Labour have reduced gritting routes and salt bins across York and therefore reduced the city’s capacity to cope with bad weather. If we have a more typical winter next year then the budget is just not there to ensure roads and paths are gritted and residents are kept safe.

“Liberal Democrat budget plans called for an extra £30,000 to be put into winter services and an extra £500,000 to be given to communities for local priorities such as extra salt bins or gritting. This would ensure that the resource was there to cope with bad weather.

“Labour got lucky this winter. However, the policy of spending money on city-centre vanity projects like Kings Square instead of on frontline services like gritting roads will catch-up with them.”

END_OF_DOCUMENT_TOKEN_TO_BE_REPLACED

Acomb Alive, the voluntary committee which is driving the regeneration of the Front Street area, have published a new newsletter. 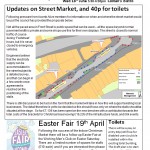 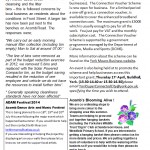 In it they reveal plans which could lead to a street market being established in part of the (pedestrianised) section of Front Street.

This was the idea put forward a year ago by the Liberal Democrats, residents and traders but which received only half hearted support from the Council.

The present Council’s continuing antipathy towards Acomb is evident from the latest plans which show only a handful of stall spaces being made available. 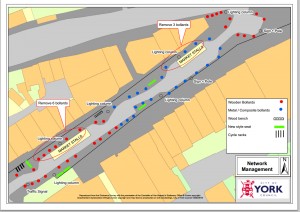 What the area needs is a sustained boost to “footfall” figures if it is to benefit for the current improvement in the economy.

NB. An Easter Fair will take place on Saturday 19th April between 9:00am and 4:00pm at the Working Mens Club.

The fair will include an Easter bonnet competition. 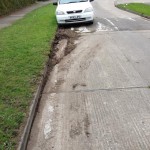 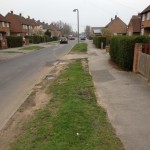 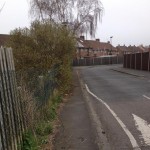 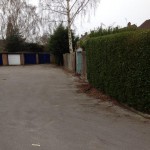 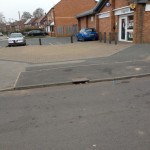 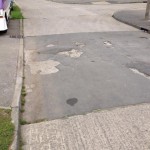 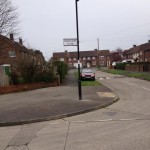 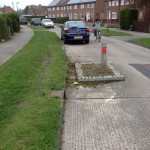 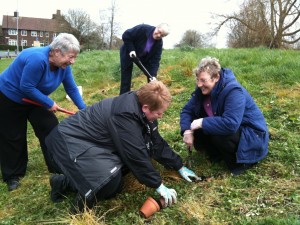 Residents were out and about planting wild flowers and poppies on Foxwood Lane yesterday.

The poppy seeds have been donated by local residents as a way of commemorating the start of the First Wold War.

The project formed part of a series of events aimed at brightening up the neighbourhood.

Extensive tidy up work has also taken place in the Foxwood Park.

It also builds on the success that the community had in the Britain in Bloom contest last year.

NB. The Foxwood Residents Association is holding its AGM on Wednesday. Click below for details. 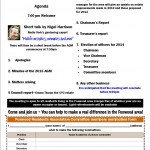 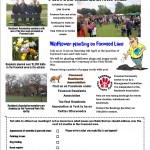