We understand that a Council report on the future of bus services in the City is to be considered on Monday at a “behind closed doors” meeting. This seems to be an unusual approach as the Councillor, with responsibility for transport issues in the City, is also holding a public “decision session” on the same day.

There are few topics which engage public interest more than bus services. Passengers are likely to be angry if they think that decisions are being taken behind their backs.

The report – titled a “bus improvement study” in the Council’s forward plan – has already been delayed for 3 months. It was to have been published in the summer.

Labour has budgeted over £200,000 for studies which they hope could lead to the introduction of a “statutory bus contract” arrangement in the City. Effectively this would mean the Council setting standards (frequencies, routes, fare levels etc) for bus routes in the City with operators tendering to provide the service.

The need for (and practicality of) such an arrangement has been called into question given that – unlike other parts of the country – bus use in the City is stable. The Councils weak financial position means that it is unlikely to be able to subsidise any new arrangements.

Regrettably the delay in publishing the report has also been used as an excuse by the Authority to avoid publishing the data that it holds on bus service reliability. These at least should become public on Monday. 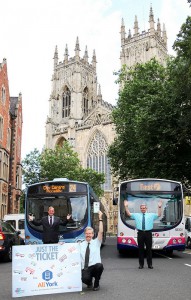 The Council is still refusing to say how many of the “All York” tickets, that they launched in the summer, have been sold. There is a growing concern that, despite £20,000 of taxpayers money being used to subsidise the launch of the ticket, sales have been very poor.

The housing advice service, established by the Council at the Foxwood Community Centre when it closed its Acomb office, is to be scrapped.

As many warned, the sessions have not proved to be popular. Liberal Democrats wanted key Council officials to be headquartered at the Acomb Explore Library.

Now it seems likely that any remaining Council presence in West York will be focussed on the Gateway centre in Front Street.

Apparently tenants requiring benefits advice will be able to use a telephone which is to be installed at the Foxwood Community Centre which will have a direct link with the Council’s benefits advisors.

The result in Harrogate’s Rossett Ward by election yesterday was:

There were amazing scenes at the count for the Crime Commissioner elections in North Yorkshire today. Dozens of additional poll clerks had to be drafted out as it became apparent that no one had voted in the election.

Disconsolate returning officer Ker Sten Eng was seen wandering around the counting room shaking ballot boxes upside down to find any missing papers. There was a moments excitement as a ballot paper was found which contained a cross for Ruth “don’t be a rotter vote for” Potter, but it turned out to be a left over from the 2011 Council elections. 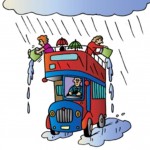 Both candidates boarded an open topped bus promising to tour North Yorkshire in search of missing voters. This prompted a complaint from the Police Federation spokesman as the bus approached Scarborough. He claimed his members were being put at risk as they tried to prevent large numbers of panicking people from jumping off the harbour walls into the North Sea.

When the result was eventually announced the chairman of the North Yorkshire Conservatives said, “I am delighted that Ruth Mulligan has been successful” Told that the Tory candidate was called Julia he complained, “I didn’t get a leaflet from either of the candidates. Frankly the whole thing was a sham”

He later claimed to have been misquoted. He had said that it was a “Champaign” occasion.

Missing from the count were the Liberal Democrats who had been urged in the run up to the PCC election to “March towards the sound of gunfire”. After a moments consideration the party had opted to wander off to the local prisoner of war camp.

Julia Mulligan is expected to start work straight away. A desk has been ordered and she will sit behind it for 4 years. It is unclear whether she will be allowed access to a telephone or computer. All sharp objects have been removed from the desk.

She is expected to spend most of her time counting her £34 per hour salary.

There was a success for the Liberal Democrat candidate in the Council by election held in Ryedales Norton Ward yesterday.
The result was
Tory Paul Farndale 181
L/D Di Keal 381
Lab. Karl Reveley 75

‎Christmas at the Mansion House

A selection of short lectures, offered by the Centre for Lifelong Learning in collaboration with York Mansion House. “Join us in December 2012 as we explore the Christmas story and learn more about the roots of traditional music, decorations and food – all lectures cost £6 per person”. 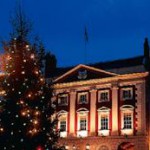 • Saturday 15 December – 6-7pm The Annunciation to Mary and the Birth of Christ in the Qur’an: Roderic Vassie

Full details can be found at http://www.york.ac.uk/lifelonglearning/xmas/

Coastliner plans to change the route of the number 20 in early January.

They say that “the revised route will involve the removal of the following sections of route:

– in Poppleton, buses will no longer serve Main Street and instead revert to running along Long Ridge Lane, as they did previously;

– at the Heslington end of the route, buses will turn short at Heslington Hall, therefore no longer serving Heslington Lane and Broadway;

In addition to the above, we would use this route change as the opportunity to alter the approach the buses take into Acomb.

Instead of approaching via Carr Lane, the route would run in via Beckfield Lane, Ostman Road and Danebury Drive in order to cover Ostman Road following First’s withdrawal of route 5 from the area”

We understand that they are making the changes because of reliability problems on what is a relatively long route. 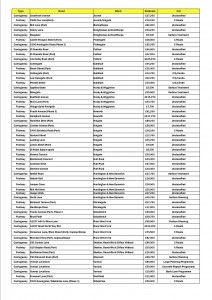 The provisional carriageway and footpath resurfacing programme for the next financial year has been agreed by the Council.

It continues the 60% cut in maintenance expenditure introduced by Labour when they took over the running of the Council.

The draft programme is agreed at this time of year to allow officials to plan a work programme. It follows inspections undertaken in the summer which tabulate the condition of each road. Ward Councillors have the opportunity to put forward roads for consideration for repair.

The list reveals that some wards like Derwent (Dunnington) and Heslington will not get ANY repairs next year while the largest ward (Westfield) will see only a small part of the Foxwood Lane footpath resurfaced. It means that roads that are breaking up (such as Vesper Drive) will continue to deteriorate.

Residents will hope that more money will be found for road maintenance when the Council meets in February to agree its final budget. If it doesn’t then the backlog of works will grow to the point where it becomes impossible to maintain safe surfaces catering for the needs of all road users.

Cyclists in particular are vulnerable to potholes and this may be a factor contributing to accident numbers which are beginning to creep up again in York.

Local people are being invited to pull on their boots, pick up a spade and help plant a new copse of 2,000 trees as part of the Treemendous York project, celebrating its first anniversary this week and of which City of York Council is a founder member.

The Conservation Volunteers (formerly BTCV) on behalf of Treemendous York has secured a £25,000 grant for tree planting in York and one of the sites is a council-owned riverside plot south east of the Millennium Bridge sometimes referred to as Fulford Ings.

The community tree planting event which is open to all will happen on Saturday 24 November from 10.30am – 3pm, to which everyone is welcome.

END_OF_DOCUMENT_TOKEN_TO_BE_REPLACED 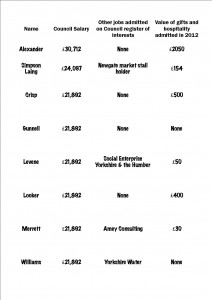 Half of the members of York’s Labour Cabinet have taken on second jobs. 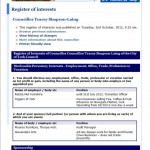 Unlike the past, when the members of the Executive were expected to put in 40 hours (at least) a week on behalf of York residents, the current Cabinet appears not to be so fastidious.

Many residents were touched to learn that Council Deputy Leader Tracey Simpson Laing had opened up a coffee stall on Newgate Market earlier in the autumn. Commendably she immediately added the “interest” to the Councils public register. It was to be a 5 weeks before the Cabinet decided to invest £1.6 million in modernising the market. 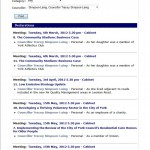 TSL interest declarations made at meetings. click to enlarge

Meanwhile the Library service in York is threatened with a takeover by a “social enterprise” organisation. New Cabinet member David “leftie” Levene admits to being on the payroll of “Social Enterprise Yorkshire & the Humber”. No conflict of interest there then.

“Leftie” caused embarrassment for the Labour party in the summer when he steadfastly refused to celebrate the Queens Jubilee. He declared himself to be a member of “Republic” an anti monarchist anarchist group whose web site http://www.republic.org.uk/ says, “The monarchy is not only an unaccountable and expensive institution, unrepresentative of modern Britain, it also gives politicians almost limitless power”. Well that’s one in the eye for politicians like, err, “Leftie” then! 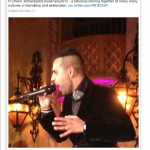 Meanwhile the unemployable Cllr Crisp forsook our ancient City’s Remembrance Day services to head for (inevitably) Blackpool. She tweeted that she was having a fabulous “coming together” at a Diwali Party. Cllr Crisp continues to have difficulty explaining why her register of interests was not kept up to date earlier in the year although she has now admitted to receiving over £500 worth of gifts and hospitality so far in 2012.

But it is Cllr Alexander who tops the hospitality and gifts league table http://tinyurl.com/JA-York-reg. So far he has raked in around £2000 worth this year alone.

Two other Councillors may care to explain just how much time they are putting in to their Council jobs in return for salaries of around £22,000? Both Councillors Merrett and William’s also record salaries received from Amey and Yorkshire Water respectively.

But full marks to Cllr Gunnell who doesn’t have another job and who has not received any gifts or hospitality.

NB. It’s just a few weeks since some Councillors were appealing to an independent remuneration panel saying that they spent 50 or 60 hours a week on their Council roles.