Come and treat yourself or pick up some special seasonal gifts at a Christmas craft fair.

Acomb Explore Library Learning Centre will be holding a Christmas craft fair on Saturday 24 November from 9am until 2:00pm.

At both events, there will be a wide range of stallholders selling all kinds of handmade items, such as knitted, felt and wooden crafts, paintings, jewellery and greetings cards.

After a spot of shopping the cafes at both centres will be offering with a ten per cent discount on a wide selection of freshly-cooked food.

A national campaign launched yesterday warns UK investors they risk falling victim to thousands of pounds worth of fraud if they fail to take simple steps to check who they’re investing with.

A national campaign launched today warns UK investors they risk falling victim to thousands of pounds worth of fraud if they fail to take simple steps to check who they’re investing with.

The campaign, led by Action Fraud, the national fraud and internet crime reporting centre estimates that £1.2 billion is lost nationally to investment fraud every year.

Figures collected as part of the nationwide campaign show that almost half (49%) of the men surveyed aged 36+ (a group most likely to have made investments), admit to having given out personal details before checking the credentials of the person who contacted them and only 57% are confident they can tell the difference between fraudulent and genuine offers. 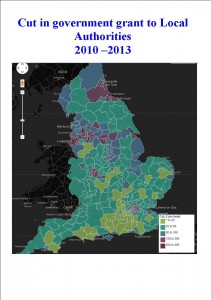 A study by the Newcastle Council has revealed that York has fared relatively well over the last 2 years when comparing reductions in government grant support it receives.

York suffered a £42.58 per head of population reduction compared to the national average of £60.90.

The largest cut was in Hackney which lost £266.17 per person.

The Guardian has undertaken an independent review of the data http://tinyurl.com/York-grant-data

The results of the assessment tend to support the view that it is the local Council Leadership in York that is mainly to blame for the decline in local public services.

Their concentration on “vanity” projects and PR stunts, rather than investing in street level public services, is the most contentious issue between the political parties in the City. 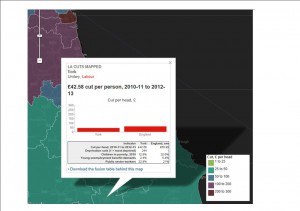 Cut in grant to York Council 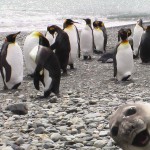 Ahead of that, the archives must relocate from their current stores in the City Art Gallery to allow for the Gallery’s major redevelopment by York Museums Trust. The archives will be temporarily relocated to secure off-site storage to protect them from the damage which would occur if they remained in the Art Gallery during its refurbishment. This will unfortunately require a temporary suspension of public access to the original archives from 1 February 2013. However, whilst the archives are in storage, the existing local history library service at York Explore will still be available, including copies of some of the archives on microfilm and in published form.

END_OF_DOCUMENT_TOKEN_TO_BE_REPLACED

City of York Council and First have been shortlisted for a national award, with the chance of winning thousands of pounds to support sustainable travel in the city.

The list of candidates shortlisted in the 2013 Eurostar Ashden Awards for Sustainable Travel was announced yesterday.

END_OF_DOCUMENT_TOKEN_TO_BE_REPLACED

An electronic petition is being collected in support of a return to annual elections for the York Council. It can be found here http://tinyurl.com/Annual-elections-petition

In support of the petition the organisers point out that until 1995, annual Council elections took place in York.

One third of the Council was elected each year.

As now, each Councillor served for 4 years (County Council elections took place on the fourth year; although that would no longer apply to York as it is now a Unitary – all purpose – Authority).

This system continues in use in many Councils up and down the country.

The advantages of annual elections include:

• The ability of the electorate to hold to account, on a regular basis, those who spend taxpayers money

The Boundary Commission is asking for views on the reintroduction of annual elections as part of its current review of Ward Boundaries in the City which is scheduled to be completed by 14th January 2013.

This petition asks the current York Council to support the reintroduction of annual elections.

Representations on election frequency and ward boundaries can also be made direct to the Boundary Commission by clicking here: http://www.lgbce.org.uk/all-reviews/yorkshire-and-humberside/north-yorkshire/city-of-york-fer

North Yorkshire Police haven’t published a list of mobile speed camera locations this week. Ironically, perhaps, they say that they are however supporting a road safety week organised by a speed reduction charity.

By easing off the accelerator, drivers can give themselves that extra few seconds to see other road users and plenty of time to react if needed.

The evenings are drawing in and even the morning drive to work or the shops is darker now – the same time that children are walking to school and others of us are walking or cycling to work.

END_OF_DOCUMENT_TOKEN_TO_BE_REPLACED

A key council committee that scrutinises policies on the elderly, disabled, and vulnerable is being “effectively abolished” according to Liberal Democrat Councillors. 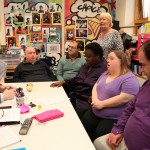 Under changes being introduced by the Labour Cabinet, the ‘Equality Advisory Group’ will see informal meetings replace regular formal committees and opposition councillors will be banned from sitting on the body. The EAG’s role is to advise the Labour Cabinet on policies affecting vulnerable groups and on equality and diversity issues. The EAG is made up of councillors and representatives from groups including the York Older People’s Assembly and the York Racial Equality Network. The changes were rubber-stamped by the Labour Cabinet earlier this month and are scheduled to come into effect in January.

END_OF_DOCUMENT_TOKEN_TO_BE_REPLACED

The First Day of Christmas event will run from 6-7pm on Thursday 22 November in St Helen’s Square. 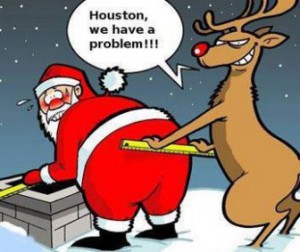 To get them in the Christmas spirit, residents will be treated to joyful carols from the Railway Institute Golden Rail Band while they await the arrival of Father Christmas and Berwick Kaler, who will roll up in style in a vintage car to be greeted by the Lord Mayor. Berwick will be starring in Robin Hood and his Merry Mam! from 13 December until 2 February.

END_OF_DOCUMENT_TOKEN_TO_BE_REPLACED

City of York Safeguarding Children Board (CYSCB) host a conference in York on 21st November to explore the issue of child neglect. The event will be attended by over 200 childcare professionals. The keynote speaker is childcare expert, Professor Eileen Munro. Professor Munro conducted a wide ranging national review into frontline child protection practice in 2011 on behalf of Secretary of State for Education; Michael Gove.