City of York Council is getting a £5.592 million grant from the government to be spent on road maintenance. It would effectively double this years resurfacing and repair budget, although the phasing of the grant hasn’t been confirmed.

When the Council published its repairs budget a few weeks ago it attracted criticism as many paths and carriageways – although uneven and potentially hazardous – were omitted from the programme.

The new money should allow the Council to begin to restore the highways network to standards last seen in the previous decade.

How quickly additional resurfacing capacity can be made available by the Council and its contractors remains to be seen.

We hope that the focus will be on large scale patching and complete carriageway resurfacing schemes, avoiding the prospect of hastily filled potholes reappearing when bad weather returns.

926 fines were issued by North Yorkshire Police between March 27 and May 11 for alleged breaches of the coronavirus lockdown laws. 179 of these were in York.

ONE more patient with coronavirus has died at a hospital within the York Teaching Hospital NHS Foundation Trust. The one further death takes the total number of Covid-19 related fatalities within the trust to 187.The trust includes York Hospital and Scarborough

An opportunity on Tuesday to quiz York’s Director of Public Health about the missing results from the test centre at Poppleton.

It appears that results from a across the country have disappeared (see press cutting below) .

There has been a surprising lack of comment on the issue from local MPs and Councillors.

Residents are invited to watch and interact with the council’s next live #AskTheLeaders coronavirus question and answer session on City of York Council’s Facebook page on Tuesday 19 May, 5-6pm.

Residents can interact with the Q & A session on Tuesday by either submitting questions in advance by emailing them to YourQuestions@york.gov.uk or commenting on the live video on Facebook

The Council has allocated virtually the whole of its pedestrian/cycling budget to schemes in central York. £500,000 had been earmarked for delegation for ward committees to spend addressing local issues.

In a decision list (below)  published today, the work programme concentrates on cycling schemes claiming that no improvements for walkers were identified (other than possible long term improvements to pedestrian crossings). 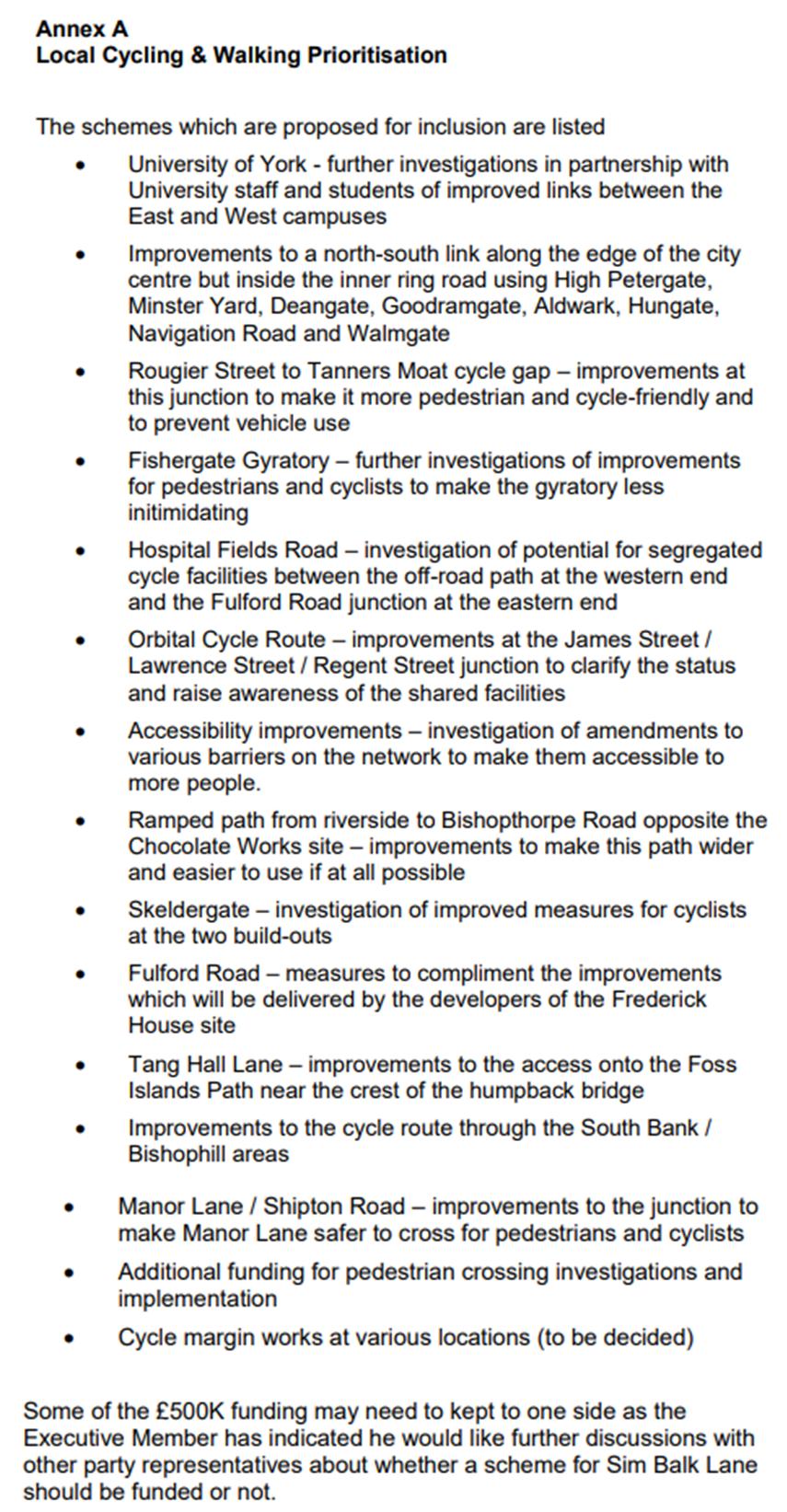 There is no funding allocated for schemes in the Westfield, Dringhouses, Holgate,  Acomb or Rural West wards.

Even pleas for cycle margin work on roads like Bradley Lane, Foxwood Lane and School Street have been ignored, as has a request for resurfacing work on the Knapton – Rufforth off road cycle track. The latter has been heavily used during the lockdown period with sections now breaking up .

Works to improve access for walkers don’t even rate a mention in the decision notice. 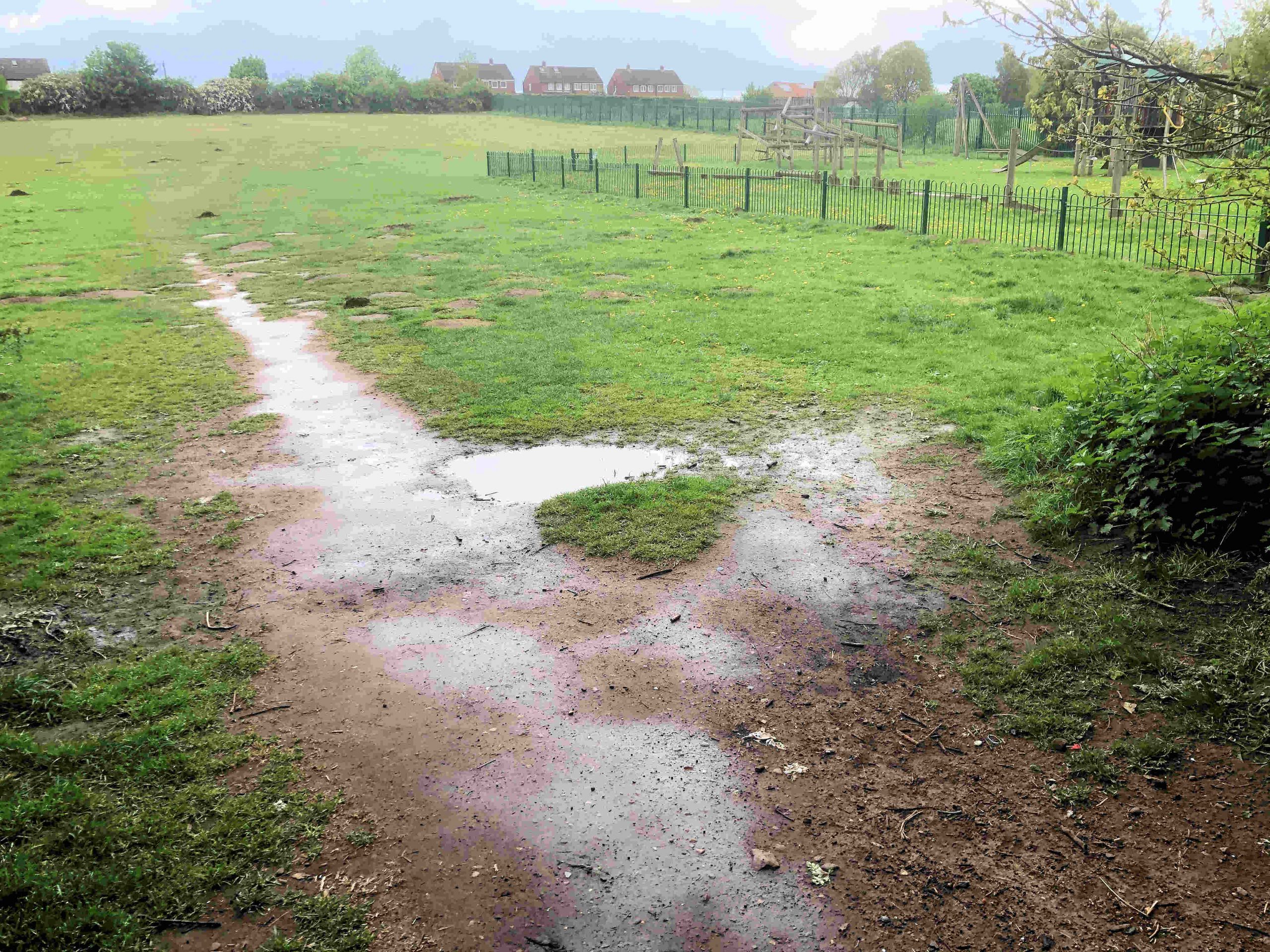 Among the schemes local Councillors were asked to back were actions to tackle difficulties on footpaths linking Westfield Place and Grange Lane as well as within the Council maintained section of Acomb Wood. All that was required at these locations were short sections of chippings to avoid flooded areas. A relatively inexpensive initiative.

Despite the budget apparently having been delegated for local determination, it seems to have been carved up by an official in discussions with the (Executive) Councillor for Fishergate; a ward which gets the bulk of the funding along with the Guildhall and Micklegate areas. There is no sign in the report of any influence on priorities by ward Councillors or residents.

It is unclear how much each scheme will cost, but it is unlikely that the funding will stretch far down the list. 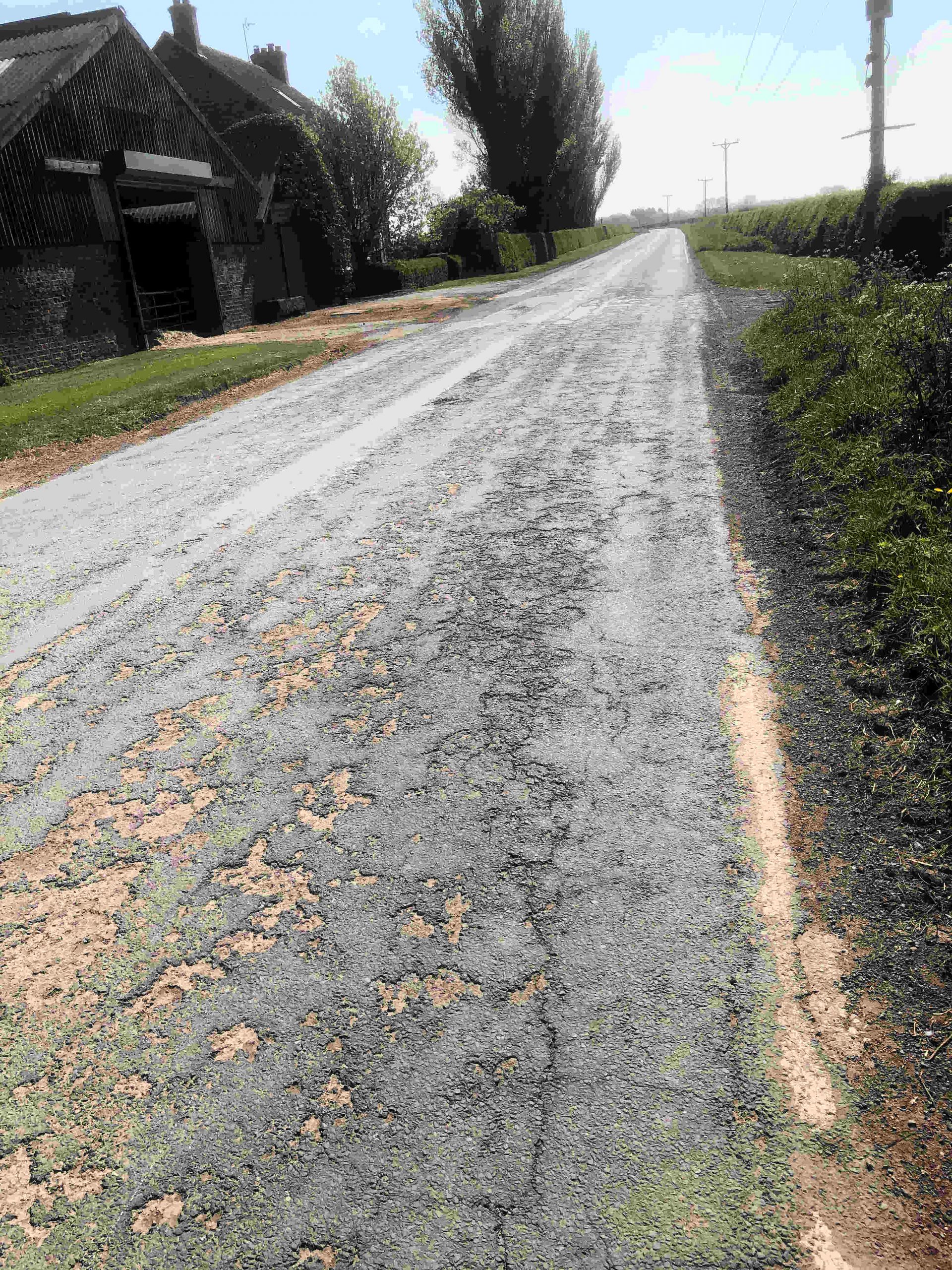 The money could probably most usefully have been allocated to cycle margin repair work. This type of resurfacing programme sees the inner 2 metres of the most uneven carriageways levelled to allow safe passage for two wheeled machines. There was a margins repair programme in place until about 2011 when it was scrapped.

A further £500,000 was allocated for highway repair works which should also have been determined by local Councillors at neighbourhood level.

The Council has not said where this money will be spent although the recent lockdown has served to highlight just how poor some road surfaces are. A list of priorities in Westfield was given to Ward Councillors some 6 months ago but so far there has been no response.

The latest controversy, following on from the Bishopthorpe Road carriageway closure, may serve to confirm the views of those taxpayers who feel that sections of the Council are now out of control and are pursuing their own blinkered, parochial agenda.

The Council Leader may need to make some changes to Executive portfolios if he is to avoid large sections of the York community becoming increasingly alienated from his administration.