Figures published by ONS last month on wage levels in the city caused a panic with some commentators.

The figures suggested that median wage levels in the City had fallen by 9.4% compared to the previous year.

So had workers really seen a £40 a week drop in earnings?

If so, what went wrong?

Most people seem to have forgotten that the published figures are provisional. The final figures will not be available until later in the year. The figures are based on a sample of returns from employers. The sample size changes. ONS advised caution in using short term figures to demonstrate a trend.

As well as the reduction in wages, the ONS figures also say that the City also saw a drop of 3000 in the number of jobs.  Against the background of a record high (and stable) number in employment in the York, that alone suggests a sampling error.

Looking beyond gross pay, a further breakdown indicates that the fall had mainly been down to a reduction in overtime payments. Given the uncertainty in the market as a result of BREXIT, it would not be surprising if there was a slowing down in economic activity. Less overtime would be an obvious symptom of a more cautious approach to investment

However, the most likely explanation for the blip, is that the figures are just plain wrong! 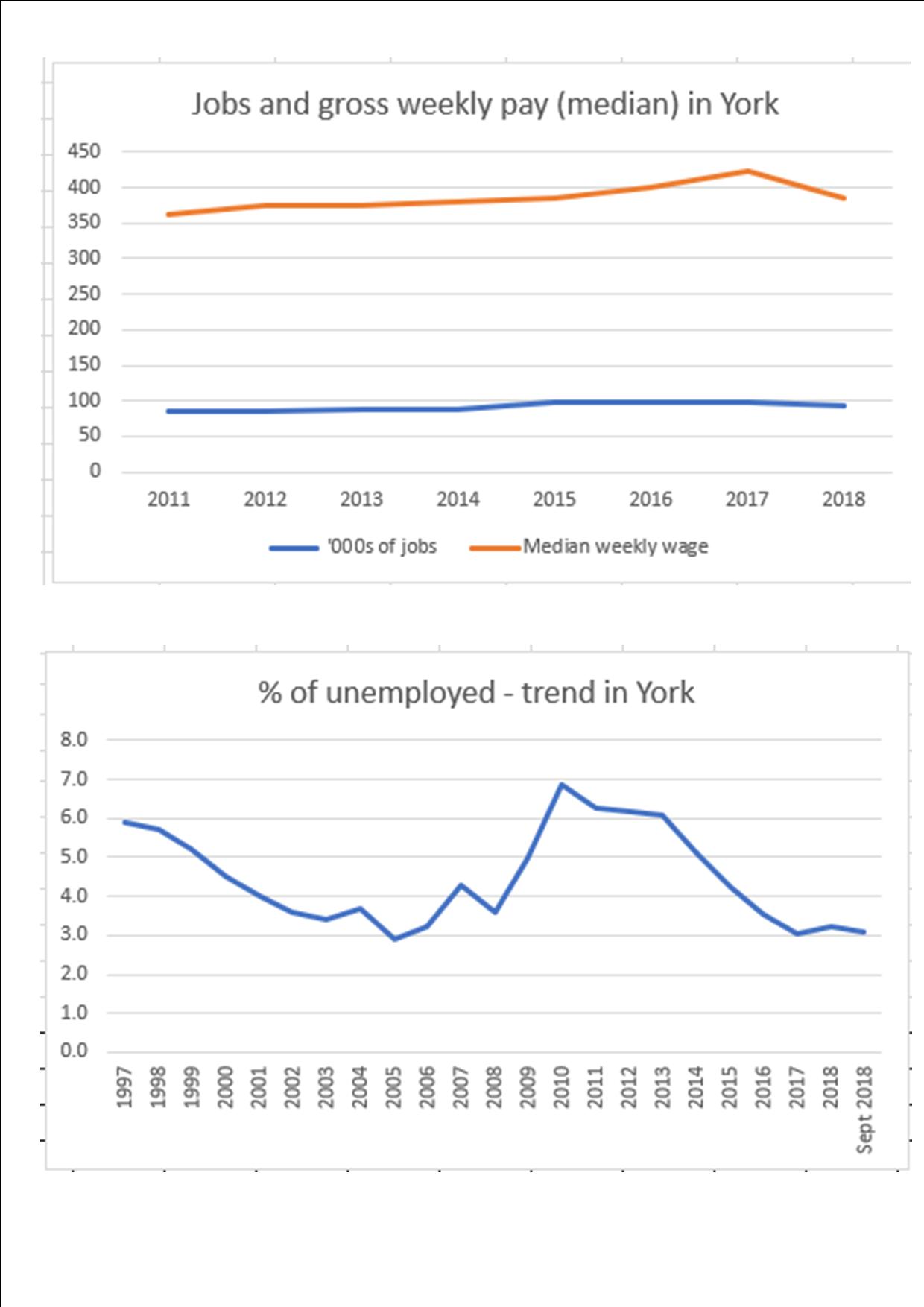