Lots of new entries on the public contracts register for the city of York Council (https://procontract.due-north.com/ContractsRegister/Index)  but nothing for local Libraries other than repairs. 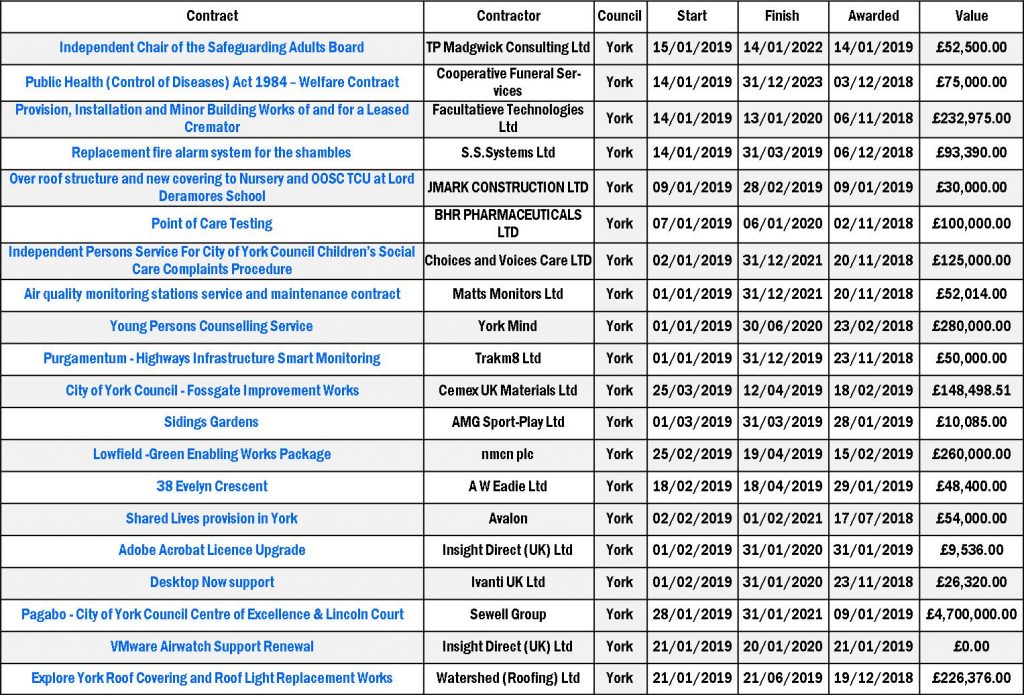 The Council has, however, issued a media release saying that a new 15 year, £32 million value, contract has been awarded to the existing Library Service provider . That would be good news but still leaves a lot of unanswered questions.

Not least will be the reliance to be placed on “volunteers” helping to provide the service.

It appears that only two tenders were received to run the service. The other is believed to have been from GLL who currently run the Councils sports facilities.

“ The new contract, which will commence on the 1st April 2019, will ensure that the city’s existing libraries can remain open over the next 15 years, in line with the agreed vision.

The announcement follows a procurement process to decide which organisation would be best placed to deliver the city’s vision for its 14 libraries and world renowned archives service.

At a previous meeting, the Council’s Executive agreed to provide an additional £300,000 to support the new £32 million library services contract.  The additional funding follows feedback from both bidders involved in the procurement process, and will ensure that all the city’s existing libraries can remain open over the next 15 years of the contract. Full Council will be asked to agree the additional funding at a meeting later this month (28 February).

Plans for the future of the library and archive service in York were shaped by the results of a citywide consultation in 2017/18.

Key proposals for the future service include: