The Council says that it will hold a public “drop in” at Acomb Explore Library between 4:30pm and 7:00pm tomorrow (Thursday 7th February) to react to criticisms of its plans to start work on the Lowfields school development later in the month.

Some residents commenting on the “Save Lowfield Playing Field” Facebook page say that they have not received notification of the event. Others say that a limited hours, mid-week, event prevents shift workers from attending

The letters that the Council say that they have delivered are reproduced below. 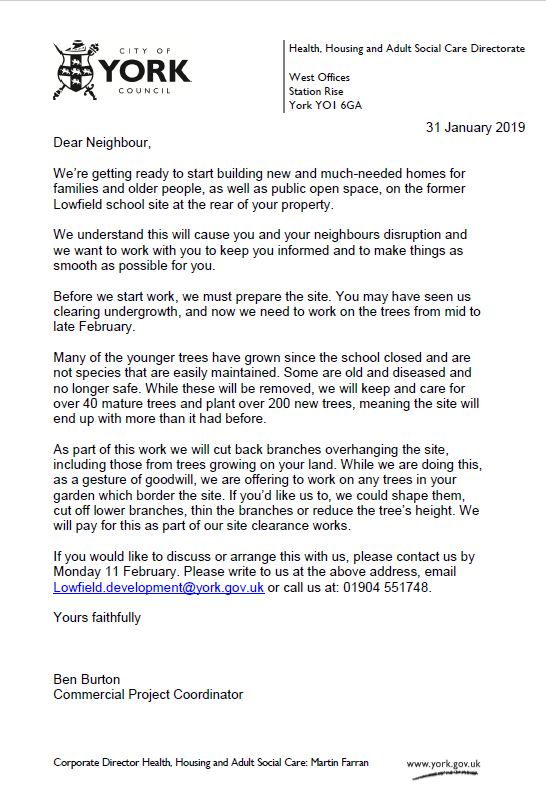 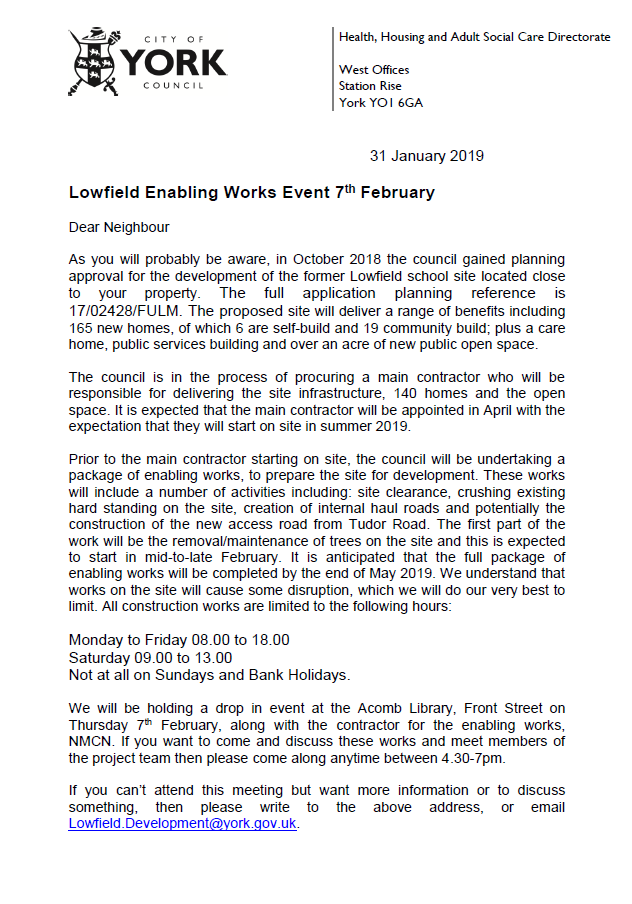 The plan to schedule tree felling works during February is surprising as the planning condition covering this work has not yet been approved.

Residents have until the middle of the month to record their objections with the expectation that local Councillors will “call in” the proposal for consideration by a planning committee. Details of the planning conditions application can be found via this link.

Objections should be sent by Email to planning.comments@york.gov.uk quoting ref AOD/19/00001

Residents have commented that there are a lot of questions to be answered about the site preparation work, which is scheduled to be completed by May.

The Action Group says that it expects the findings of an Ombudsman’s enquiry into allegations, that the Council misled residents and Sport England over their plans, is due to be published this week. 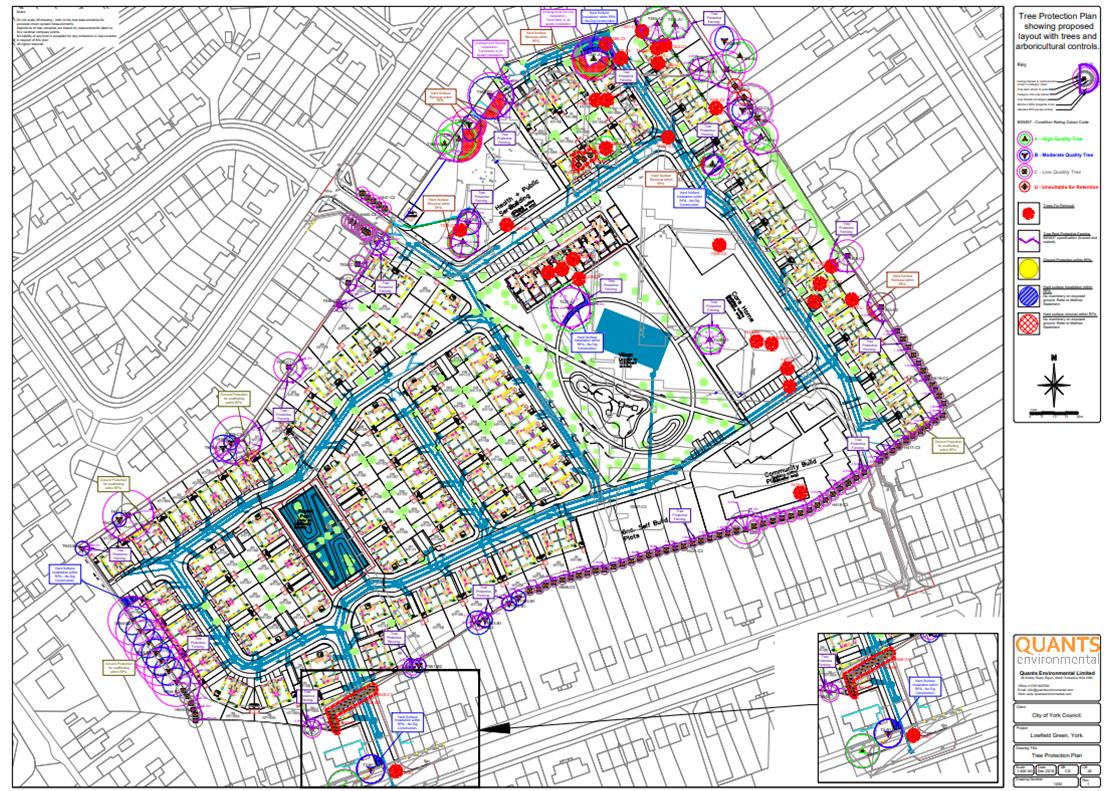 Trees to be felled shown in red 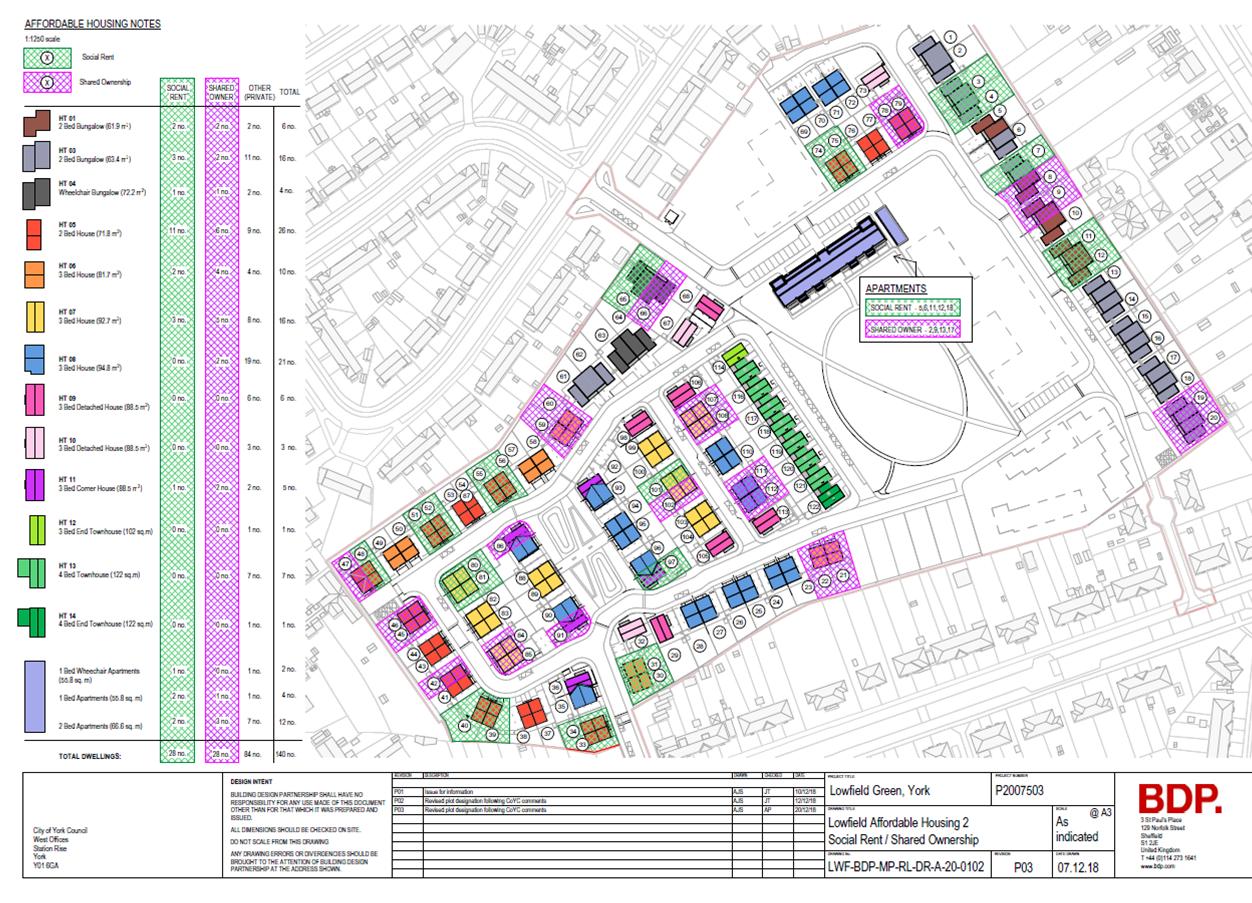 Housing by type and tenure