Despite objections from Sport England, Councillors approved the demolition of the Kingsway MUGA last night. No replacement all weather games area is planned 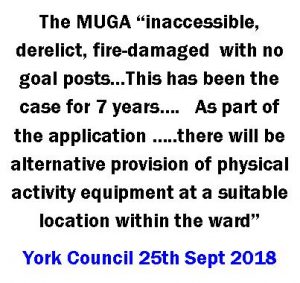 According to the Council’s own figures the Westfield area has the largest deficiency in sports and active leisure facilities in the City.

It also has the largest problem with child obesity

The committee failed to include the conditions requested by Sport England which would have seen an alternative games area provided elsewhere before the existing facility was demolished.

Council officials claimed that the MUGA was derelict and disused. In fact, only minor repairs – which have been outstanding for over 12 months – would be required to bring the facility back into use.

Additional conditions requested by LibDem Councillors were voted down. 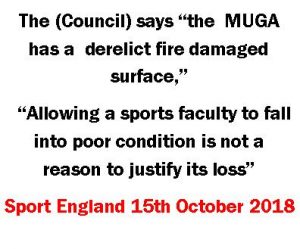 Correspondence between the Council and Sport England – and verbal claims by an official last night – suggest that planning committee members were misled. This could lead to a formal complaint about the way the MUGA issue has been handled.

The Council has failed to include the most recent correspondence on the issue on the “planning on line” web site.

This is the second time that the Council has misled Sport 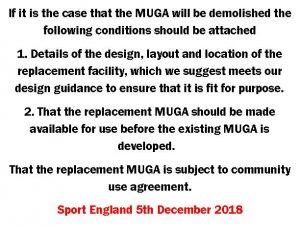 Earlier in the year a report on the provision of new football pitches on Tadcaster Road claimed that they would be used by Woodthorpe Wanderers football club.

They were later forced to admit that Woodthorpe Wanderers had folded 6 months previously. 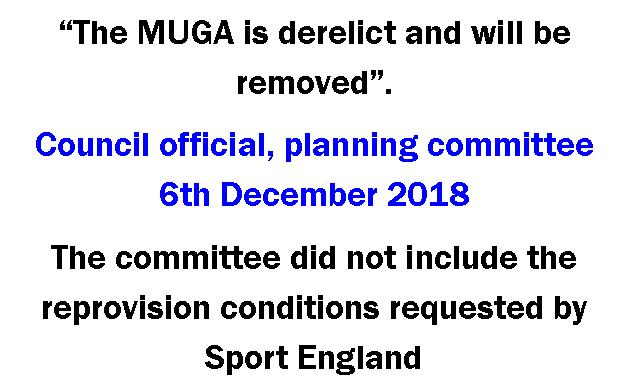