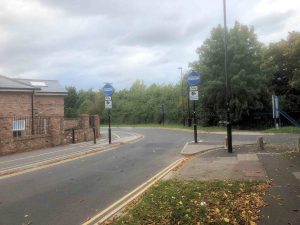 A report on the Low Poppleton Lane spy camera controversy has been published. We pointed out two months ago that the number of motorists caught by the Number Plate Recognition cameras seemed to be disproportionately high.

Over 2500 drivers (now increased to over 3300)  had been caught misusing the “bus gate” in just 5 months. The Council is currently pocketing around £30,000 a month in fine income.

Motorists contacted us to say that the signage was unclear (from the Boroughbridge Road direction). It was a problem for drivers of high cab mobile homes (there is a caravan site nearby). Others claimed that Sat Nav systems didn’t recognise the restriction.

We asked that the report reviewed these issues and that a survey of offenders be undertaken to try to understand why so many were ignoring the restriction.

The report fails to address these fundamental questions.

The Councils own consultation exercise found that most respondents were opposed to the bus lane, many saying that it was unnecessary since the sugar factory had closed, while others pointed to additional mileage, and risks encountered, by using the northern by pass.

A meeting next week is being recommended to introduce revised hours of operation. The restriction will apply only between 7:00am and 7:00pm.

In addition, powered two-wheel riders will be allowed to use the road as may taxi drivers. The latter two changes would bring the restriction into line with other bus lanes in the City.

Any revision would be introduced on a trial basis, raising again the question of whether Sat Nav systems would be updated to reflect the restriction.

Officials say that revised road markings have been introduced by there remains a suspicion that the Council has not yet got this right.