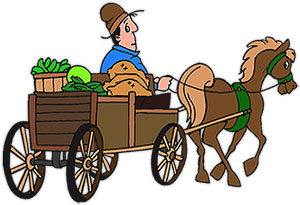 That is the question that the Councils Executive member for Transport will be asked to answer next week.  He will be asked to decide whether, not only pedestrians, but also cyclists, horse riders and a “horse and cart” should be able to use the full length of Grange Lane.

The section in dispute lies between the boundary of the built-up area and Rufforth airfield.

While some farmers prefer to regard the lane, from the A1237 to the airfield as “private”, the Council agreed in 2008 that it was a Public Right of Way (and therefore could be used by walkers) 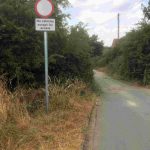 Three people are now claiming that other modes of transport should be allowed.

The main area in contention is the section between the A1237 and Chapelfields. This has been a footpath for many years. Some 25 years ago a young child cycled down the slope into the path of an approaching vehicle. The resulting fatality fuelled calls for the access to be gated. This was done for a while, but the access has become insecure again. 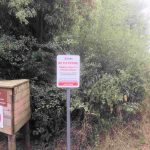 A horse and cyclist could use the Chapelfields section of path with relatively little work.

A horse and cart? We think not.

Widening and levelling the lane would be a waste of money (Rights for mechanically propelled vehicles were removed by the NERC Act 2006.)

The path was suggested as the preferred cycle route from Rufforth to York a few years ago but a line via Knapton was later selected.

Both are potentially unsafe at the by-pass junction and really need a bridge to be useable. 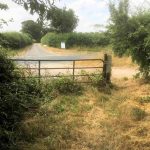 The Council would be wise to take whatever steps it can to restrict the use of this path at least until pedestrian safety can be ensured.

In the meantime the interested parties should back off and allow a proportionate solution to emerge. Even heavily used roads in York are full of potholes and diverting budget to maintain a little used path is not in taxpayers interests.