A meeting next week will consider plans to reduce bus journey times on Wigginton Road. There is a congestion black-spot near the hospital which may be made worse as more homes are built on land next to Nestle. 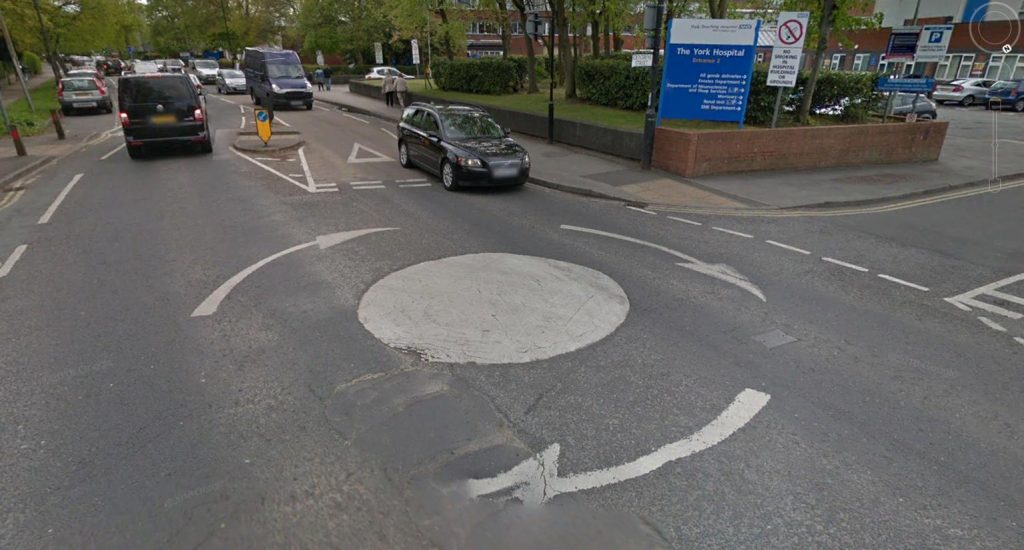 “Observation, analysis of bus journey time data and modelling all indicate that, since the improvements made at the Clarence Street/ Lord Mayor’s Walk junction, the worst source of unreliability for buses on the corridor is found on the stretch of Wigginton Road between the Crichton Avenue bridge and the Wigginton Road/ Haxby Road/ Clarence Street junction.

The delays are particularly severe at Hospital shift start and end times. At these times it usually takes around 8 minutes (and sometimes much longer) for buses to cover the 1.5 km between Crichton Avenue and the Bootham/ Gillygate junction – an average speed of 7mph”.

Remodelling the Wigginton Road/ Haxby Road/ Clarence Street junction (as shown in figure 1) to prioritise Wigginton Road traffic (saving of up to 20 seconds);

A council report says, “(saving of up to 10 seconds); and

Consultation on the plan will take place in the summer with a budget of £250,000 being set aside for implementation later in the year.