It seems that some of the units at the Spark “development” on Piccadilly may be occupied before the conditions of the Council’s planning permission have been met.

Over a year ago the company promised that the ugly storage containers would be screened.

Wooden screening was written in as a condition of the granting of the planning permission.

Several other conditions were imposed including the requirement to agree appropriate materials and advertising signage with the planning department.

Now “The Press” is reporting that graffiti, which recently appeared on the Piccadilly frontage of the containers, is actually the finished design. 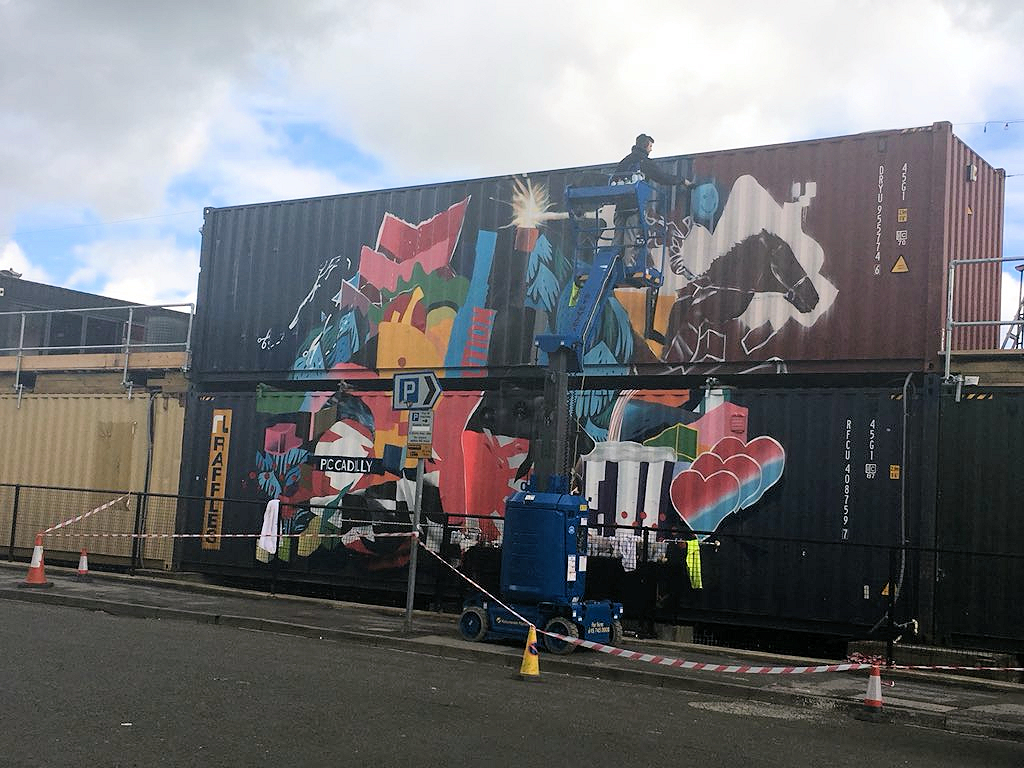 A spokesperson for Sparks has apparently said that the obligatory screening will not now be provided.

This is a major issue for a site located in the City’s historic core.

Failure by the Council to enforce its own planning conditions might be seen as a precedent by unscrupulous developers keen to avoid, what they may consider to be, onerous conditions intended to protect York’s unique character.

The Council, of course, is the landlord for this development. It has not yet received any rent or rates for the containers which have been in place for over 7 months.

A keen interest is likely to be taken on whether any officials or Councillors accept hospitality from this developer at the promised opening “party” next week. They would be wise to distance themselves, and retain their impartiality, given that any failure to enforce planning conditions on a Council owned site, would inevitably lead to accusations of maladministration. 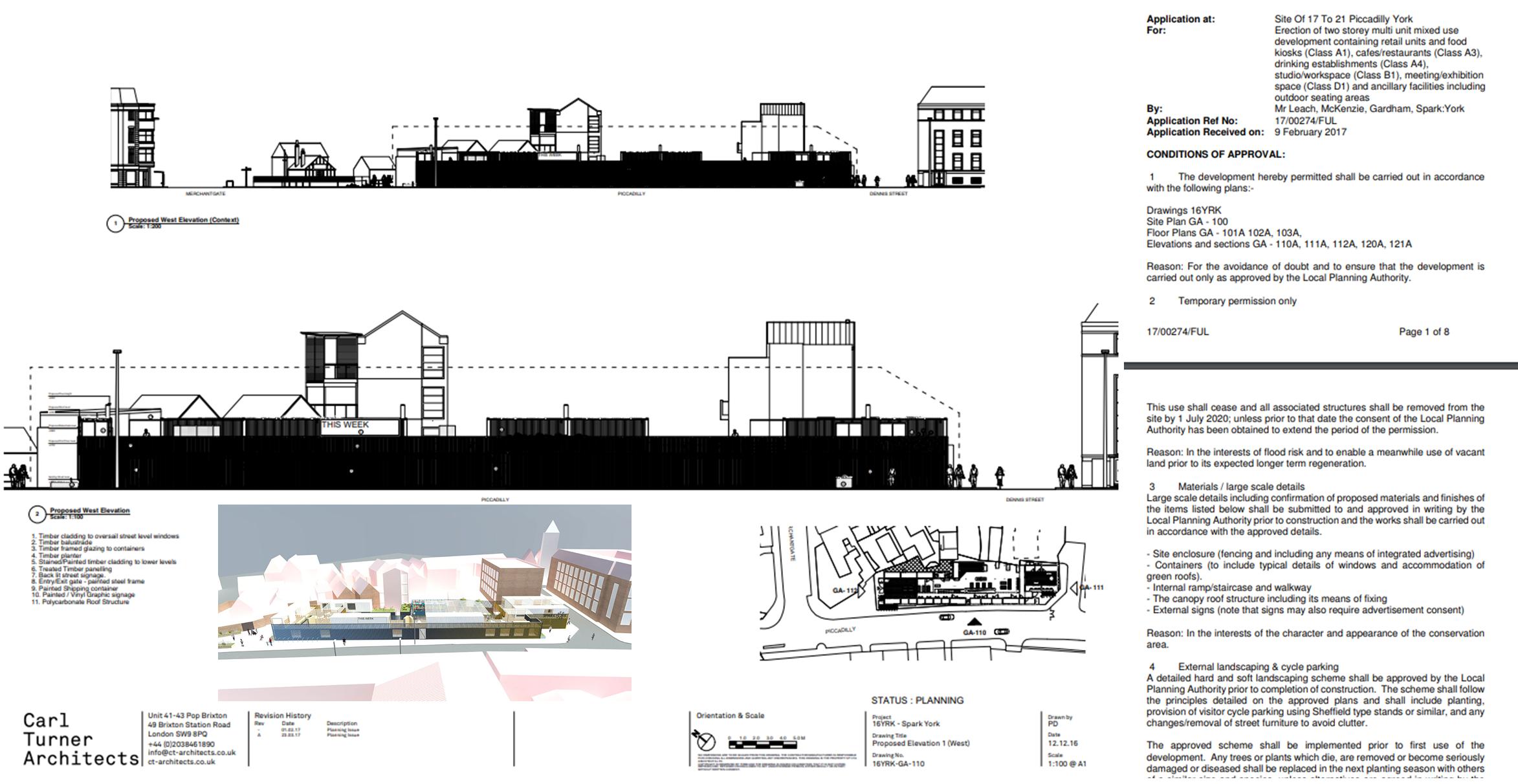