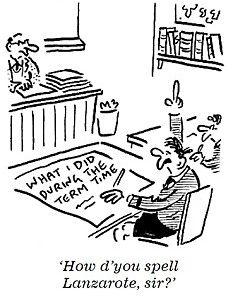 New figures published last week (22 March 2018) for the past academic year show that attendance at York schools is higher than regional and national averages.

The Department for Education also released data regarding the number of pupils they regard as persistent absentees (any pupil missing 10% or more of their possible sessions). This data shows that the number of pupils who are regarded as persistent absentees is significantly lower in City of York at 9.8% as opposed to the national figure of 10.8% and the regional figure of 11.9%.

Because of the significant difference high attendance makes to a young person’s academic outcomes, the council and schools work closely with parents to support them to maximise attendance. When parents do not respond, fines can be issued and non-payment followed up by prosecution to ensure their children are educated for their future and according to their rights.

Yesterday, two parents pleaded guilty at York Magistrates Court to allowing their children to miss 48%, 46% and 35% of available school sessions.

The magistrate sentenced one parent to community orders for 12 months with 10 Rehabilitation Activity Requirement days and 100 hours unpaid work, in addition to being ordered to pay £180 prosecution costs and a £85 court surcharge.

The other parent was sentenced to a conditional discharge for six months and court surcharge of £20.

Cllr Keith Myers, executive member for education, children and young people, said: “Schools in York continue to work hard to help their pupils and families overcome any barriers to good attendance and to ensure they benefit from their education.

“The DfE’s latest figures show the impact of this joint working: parents’ commitment to ensuring their children have access to a good education and the hard work from school staff and partners such as City of York Council, health professionals and police.

“Where the parents of persistent absentees fail to improve school attendance, we will take action to support the child getting the education to which they are entitled.”