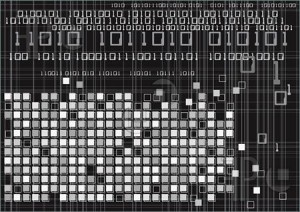 York is the only city in the north of England to make it on to a top-ten-list of towns and cities that are expected to dominate the UK’s tech scene in the future.

Compiled by job search engine ‘Joblift’, the list includes cities with populations under 200,000 that have both high numbers of tech jobs and a high percentage of tech jobs compared to the wider market place.

Cities also scored extra points for having a university which is listed in the top 500 universities worldwide for Engineering and Technology degrees.

Mary Weastell, chief executive of City of York Council, said: “It’s great that the strength of the city’s tech sector has been acknowledged. Thanks to millions of pounds of investment from the public and private sector, our world class connectivity is already providing significant new opportunities for thousands of businesses based in the city and a better quality of life for our residents. And as a UNESCO City of Media Arts, York is leading the way in digital innovation and media arts.

“The city has been a meeting point for the ideas and creativity of the world for two millennia and strength in the media and tech sectors is just one of the elements that is continuing to make York a great city for the future.”

Andrew Sharp, Head of Business at Make It York, said: “York is home to a really vibrant and growing cluster of tech businesses, and it is great to see this strength being recognised in this list.

“The city has invested heavily in its supporting infrastructure in recent years and with gigabit connectivity, leading science park facilities, two world class universities and a highly skilled population, York is already a fantastic place to set up and grow a technology focused business.

“The city’s ongoing investment makes it a great place to do business and puts it well on track to becoming one of the UK’s leading tech hubs.”

It’s not the first time York has been hailed as a digital/tech city of the future: in September 2017 it was one of five cited as having the potential to be a Digital Super Town in a report by Vodafone.