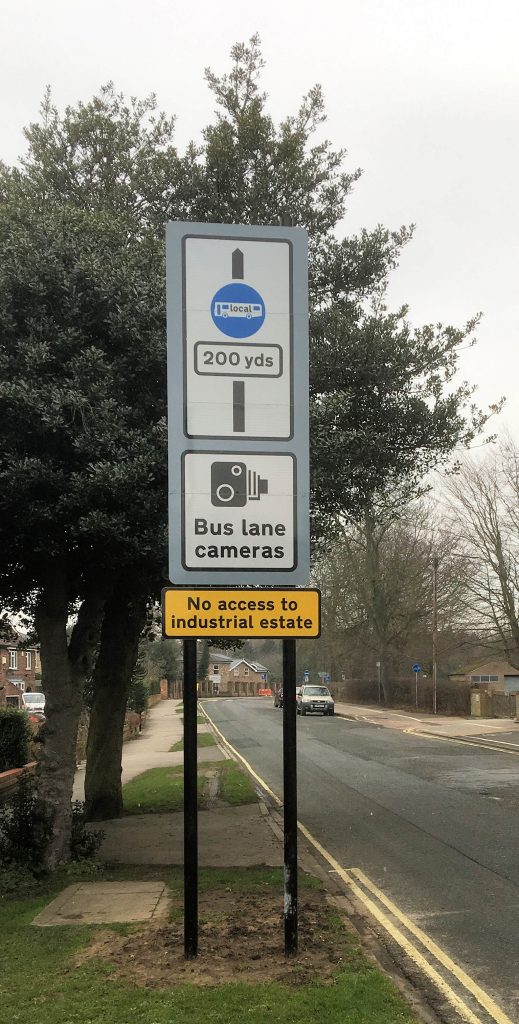 With the new ANPR enforcement cameras now in use on Low Poppleton Lane, a response to a Freedom of Information request has revealed that safety engineers raised three significant concerns about the project.

In a report dated as recently as 18th December 2017 – three months after the go ahead for the scheme was given – engineers say that there will be a potentially hazardous pinch point on the cycle path, that the priority signage may be confusing and that the location of the “bus gate” on a bend may result in sight line problems

The review team go on to say,

“Additionally, the new signage refers to a bus lane but there are no traditional bus lane markings provided and as far as the audit team are aware this would be the only bus lane in York which is not usable by taxis and motorcycles”.

Notwithstanding the concerns no significant amendments were made tot eh design before it was implemented a couple of weeks ago. Drivers and motorcyclists using the road will receive on warning letter before any subsequent infringement will result in the issue of a PCN and a potential £100 fine.

A separate risk assessment was made of the railway crossing last June when removal of the rising bollard was being considered.

It concluded, “We consider that the proposal to increase the traffic over the crossing by the local highway authority will significantly increase the public risk at the level crossing. We do not support the implementation of the trial of the temporarily removal of the bollards to allow through traffic due to the risks outlined above”.

The current Automatic Half Barrier (AHB) crossing is ranked at number 23 out of 2139 safety risk crossings across the London North East & East Midlands Route.

On the highway, an accident record review revealed that, during the last 3 years, there had been only one slight accident on the section of Millfield Lane affected by the restrictions.

One slight accident had been reported on Low Poppleton Lane – involving a cyclist entering the former school car park.

The Council had quoted excessive volumes of traffic using Low Poppleton Lane because of failures in the rising bollard system.

The information response indicates that there are around 5000 vehicles movements on the whole of Millfield Lane on a typical day.  This is relatively low for a street which includes an industrial estate and school. 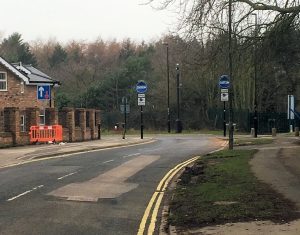 No figures for Low Poppleton Lane are provided but they are thought to be very small.

Mean vehicle speeds on Millfield Lane are around 32 mph (just above the speed limit).No figures for Low Poppleton Lane have been provided, although again vehicle speed is unlikely to be an issue on what is a short stretch of road.

The Council has promised to review its policy which would see the users of mopeds having to dismount and push their bikes along the cycle track.We think riders are unlikely to do so.

The alternative route (via the ring road and A59) would be particularly hazardous for riders of light weight machines.

The nature of the information now revealed suggests that the decision to go ahead with the camera installation should have been subject to prior public consultation with a decision being taken, at on open meeting, attended by the responsible Executive member.

We hope that such a meeting will happen quickly now.

The project is currently subject to a 18 month trial.