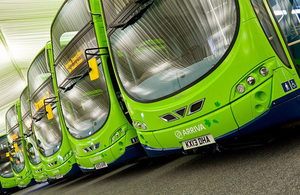 Hard on the heels of last week’s announcement that York’s first battery powered double decker bus had been brought into service, today the government has announced funding for a further 24 vehicles.

The government says “it is determined to clean up air in towns and cities across the country, and today’s investment in green buses comes after our air quality plan was published last month”.

The investment will mean that the whole of York’s Park and Ride fleet will eventually be converted to electric operation. 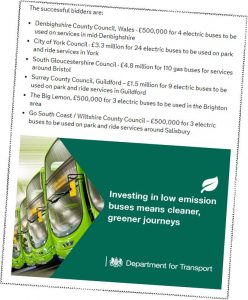 The deal is thought to involve the bus operator (First) paying for 50% of the costs of the new fleet. In essence, the deal gets over the difficulty that the Council experienced in getting tenders for a clean Park and Ride fleet when it sought to let a new contract last year.

The potential tenderers quoted the whole life costs of electric vehicles as being unaffordable.

It is likely to be around 2 years before all the buses are actually operating in the City.