The York Council is being recommended to close part of the City’s most popular car park, next to Clifford’s Tower, between 21st May and 23rd September next summer. 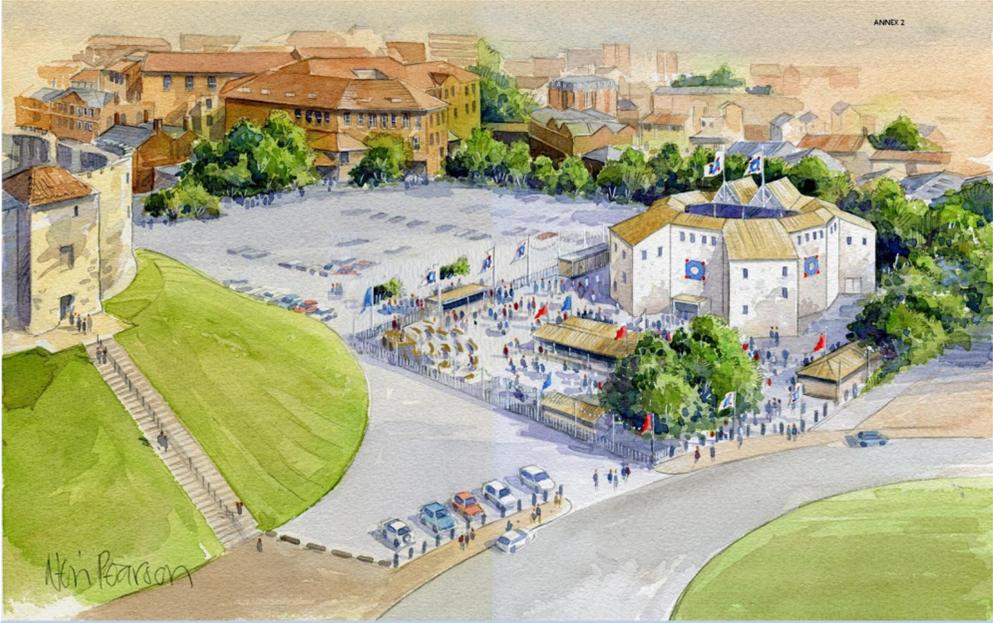 It is unclear whether the lessons of last year’s Mystery Plays have been learned. There, matinee performances mostly sold out while evening mid-week performances were markedly less popular.

The twelve-sided, three storey building will create a theatre experience for approximately 950 people including a standing audience of 300 who will enjoy a “high level of involvement in the show”. With a 100+m2 stage most of the audience are within 15m of the action. Around the theatre there will be a “Taste Village”, show casing local food and beverage as well as an area for free wagon performances.

Four plays: Romeo & Juliet, Macbeth, Richard III and A Midsummer Nights Dream, will be produced by esteemed UK directors, including potentially a production by York Theatre Royal. Approximately 140 shows are anticipated over a ten-week season.

Ticket prices for adults will start at £12.50

The report details how the Council will be compensated for the loss of parking spaces,

“135 car parking spaces will be needed for the pop-up theatre (out of the 318 available). 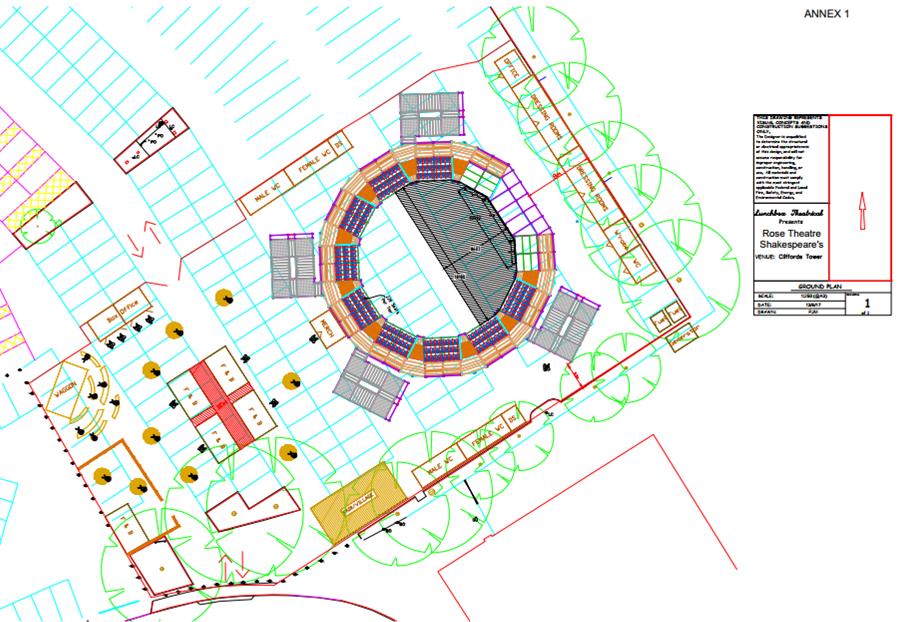 The report goes on to say, “There is a small risk that the council will lose £40k of revenue”

The Piccadilly multi storey would remain open in the evening for the use of theatre goers.

On the future of the Castle car park the Council report says,

“One of the key aims of the high-level vision, and the working assumption for the master planners, is that the Castle Car Park is to be closed and replaced with alternative uses”.

“The temporary part-closure of the car park for the theatre would allow officers to understand the impact of the displacement of car parking on the highway network over a significant period of time without incurring the associated loss of revenue.

Furthermore, it would also start to break the public perception of this area as a car park and encourage further public debate about its future”.

In effect, it is now clear that the Council plans to close the Castle car park on a permanent basis.

No details are provided of any spin off benefits that could be garnered from staging an “Elizabethan” themed summer in the City.

However, the four yearly Wagon Plays – which date from 1386 –  are due to be staged in the City  next summer.

There is no risk analysis included in the papers assessing any reputational risk associated with large number of visitors failing to find a convenient transport system in operation.

The Councils “free parking space” internet based system collapsed 4 years ago and many of the “on street” information signs have only recently started being brought back into service.

The Council is apparently mindful that part of the (woefully uneven) car park will need to be resurfaced to make it safe for pedestrians (which rather begs the question of the risk posed to current users when they get out of their vehicles!)

So, there is still a lot of work to be done with some risk still attached to what is basically an imaginative project