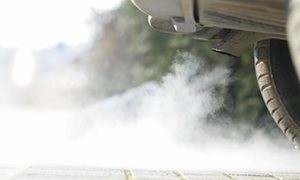 A six-year trend in air pollution reduction means that two of York’s three Air Quality Management Areas (AQMAs) could be withdrawn in the next two years.

Falling concentrations of the pollutant nitrogen dioxide (NO2), which is mainly from traffic, means that it is no longer having a health impact on people in those areas.

City of York Council’s annual air quality status report is being presented to the executive member for environment on 7 August for a decision-making session.

The report shows that the Salisbury Terrace AQMA has had nitrogen dioxide concentrations consistently below the level where it affects health for the last four years, so the AQMA for this area is recommended to be revoked.

The Fulford Road AQMA has been showing that, while average levels of pollutants are continuing to fall across the whole area, one location continues to show higher than permitted levels. Should another year of monitoring levels indicate a continued decline, that AQMA may be recommended to be reduced or revoked in 12 months time.

In the meantime, increased concentrations of NO2 monitored on Coppergate could mean that, depending on monitoring data submitted early in 2018, the boundary of the city centre AQMA boundary may need to be amended. However changes in traffic restrictions and buses on this route may be responsible for the change in concentrations. 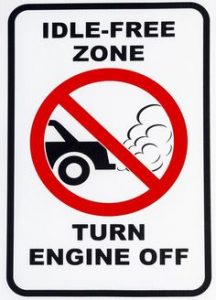 Cllr Andrew Waller, executive member for the environment, said: “While our sustained work on combating air pollution has made a significant contribution to improving air quality in York, it’s important to recognise that much still needs to be done.

“Air pollution is associated with a number of adverse health impacts – especially in children and older people – including contributing to the onset of heart disease and cancer and we will continue to work with partners to further improve the air we all breathe in the city.”

The full report can be read at http://democracy.york.gov.uk/ieListDocuments.aspx?CId=870&MId=10031&Ver=4 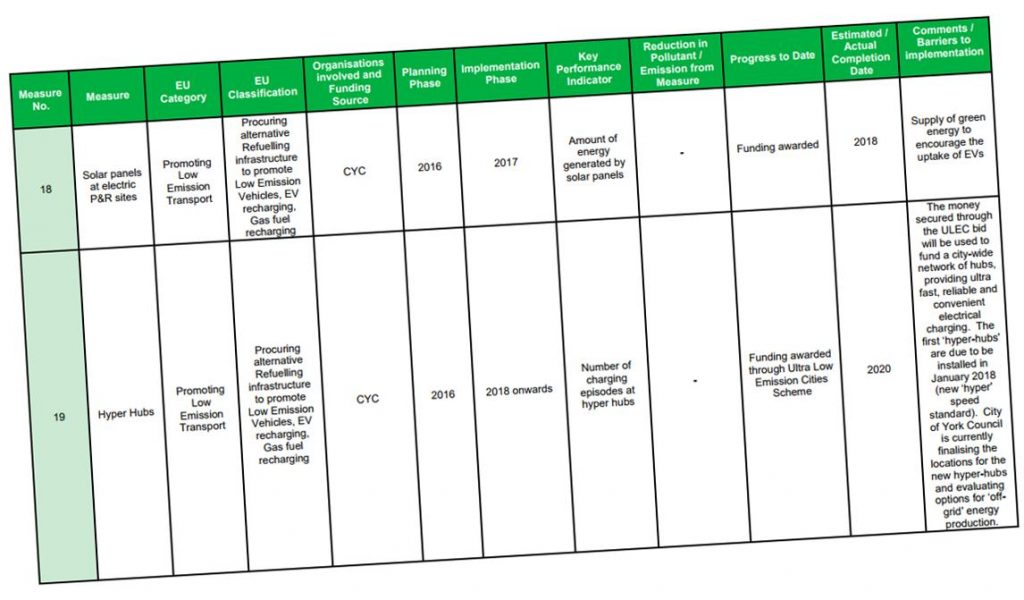 Hyper electric vehicle charging points could be installed next year