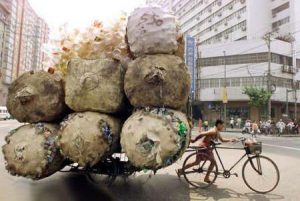 City of York Council wants to know more about how residents use recycling banks across the city, and how they want to use them in the future.

The council is reviewing around 50 sites which contain banks for recycling between one and 12 different materials.  These are mainly situated in car parks, streets and other public areas of the city.

Residents are asked to fill in a short online survey to influence the review, which will look at the number of the sites, where they are located, the range of materials which can be recycled, and their general appearance.

Residents have until Wednesday 9 August to fill in the survey, which they can access from consultation page of council’s website https://www.york.gov.uk/consultations

“We want to improve our recycling rates further in York, and want to modernise the ‘bring banks’ network as it is looking tired in places, and some gaps have appeared in parts of the city where landowners have asked for them to be removed.

“We are receiving requests all the time for new materials such as cartons to be included and so want to respond to support residents.

We are encouraging residents to engage with the council to fill in the survey so that we can provide the right recycling banks in the right places.”

The city’s two Household Waste Recycling Centres are not part of this review.