Papers published for a meeting taking place on 13th July say that an additional 19,000 homes should be built in the City before 2032.

Of the target of 953 dwellings per year, around 80 per annum (10%) have been added in order to make housing more “affordable”.

The papers are coy about where the additional 35,000 residents will come from.

Previous drafts have identified immigration as the main source of new labour, although this seems to be in conflict with the present governments polices. Around 2000 inward migrants have arrived in the City in each of the last five years. 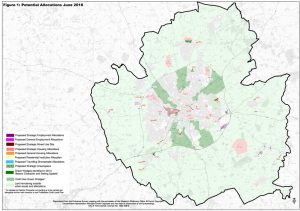 Hopes that the identification of more building land at threatened MOD sites (Fulford Road and Strensall) would reduce the pressure to build on green fields sites, like the Lowfields playing fields, have been dashed. Officials are recommending that the additional 1392 homes that could be built there over the next 15 years will simply add to the target housing  completion rate (satisfying the increased annual building target of 953 homes per year).

Average housing building rates in York have been about 700 pa over the last 5 years, although last year over 1100 homes were completed. Most homes built in York over the last decade have been erected on what are known, to the planng world, as “windfall sites”; meaning they were not identified as housing development land in local plans. 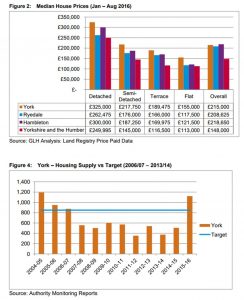 There are currently 3758 planning permissions for homes which remain unimplemented.

The Local Plan remains vague about how growth of the order proposed can be accommodated without serious -and very costly – improvements in infrastructure (notably, transport and healthcare).

The new proposals have little direct impact for the Westfield area. None of the land between the existing built u-p area and the northern by pass is slated for development.

However officials have changed the proposals for the development of the playing fields at Lowfields. They are incorporating the plans favoured by some Councillors which would see the number of dwellings built increased from 137 to 162.

There were 10 objections to development of the Lowfields playing field (including Sport England) while only 3 representations were made in support of the Councils plans. 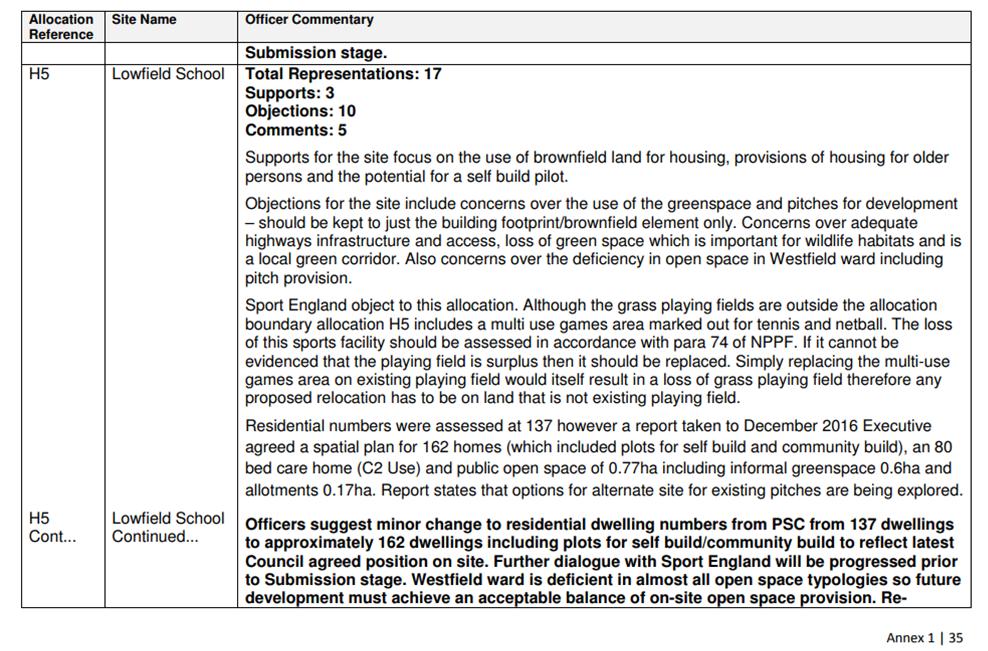