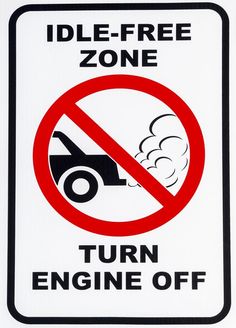 The UK’s first ever National Clean Air Day (NCAD) on 15 June will see York schools, hospitals, workplaces and communities run events and inspire residents to act for their own health and the health of local children.

City of York Council is backing the day by supporting schools, staff and partners including the University of York, York Hospital Trust and also staff from Amey to take action.

Dr Ruth Purvis from the National Centre for Atmospheric Sciences at the University of York will be visiting Copmanthorpe Primary School to lead an air quality workshop. The children will find out what air is, how it moves and how it becomes polluted. They will share their learning in the school newsletter and will be encouraged to make a clean air pledge.

Cllr Andrew Waller, the council’s executive member for the environment, is been working with Westfield Primary School on clean air and how important it is for children’s health.

Air pollution increases the risk of heart disease, cancer, diabetes and asthma attacks, as well as being associated with dementia. The health burden of air pollution is unnecessary and NCAD is all about giving everyone the tools and inspiration to reduce pollution now.

While the council will be focussing on encouraging people to switch off and not leave their engines idling on the day, it will give everyone ideas on how to avoid air pollution. For example, walking down a side street rather than a busy road can cut someone’s exposure to pollution by 20 per cent or more.

As cars gather pollution from the vehicle in front, drivers can be exposed to significant pollution. One research project found that drivers on the same route as cyclists were exposed to nine times more pollution than those travelling on bikes.

The council has embedded sustainable travel measures in its travel and planning policies and launched its third Air Quality Action Plan (AQAP3) in December 2015. This spells out how it will deliver its pioneering Low Emission Strategy (LES) and work towards becoming an ultra-low emission city.

In the past 18 months, the council has:

Cllr Andrew Waller, the council’s executive member for the environment, said: “On 15June, York will be part of a nationwide day to promote clean air. We will encourage residents to make changes in their daily life so that they reduce pollution and help to protect good health. By cutting down unnecessary journeys or using less polluting transport we can all make a difference, and lots of people in York have already done this.”

Dr Ruth Purvis from the National Centre for Atmospheric Science at the University of York, said: “Many UK urban centres struggle to meet the UK air quality standards. Research shows that road transport is a major problem for urban air pollution. Any initiative to raise awareness of this issue and to get road users to consider actions they could take to reduce their impact on pollution is a good thing. Turning off your engine when stationary or anti-idling, is a simple way road users could contribute to cleaner air.”

Jane Money, Head of Sustainability at York Hospital, said: “As a Trust we fully support the National Clean Air Day initiative.  We are in the process of addressing sustainability in all aspects of our daily operations and have recently won a HEFMA Award for our work in sustainable transport. This has included adopting electric vehicles into our delivery fleet and making an investment into our pool car fleet to ensure inter-site travel is as environmentally friendly as possible. We will be doing some anti-idling promotion on the day with our staff, particularly our delivery staff and pool car users.”

If driving is essential, remember to stop idling and switch off the engine. It is less polluting to turn an engine off and restart it after a minute, than it is to leave it running.

To find out how to protect your health and cut emissions visit www.cleanairday.org.uk or www.jorair.co.uk/