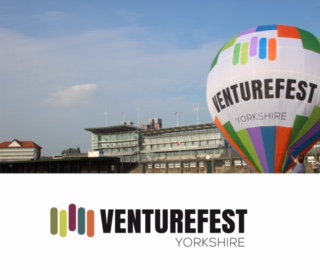 The Venturefest event, which as recently as last November attracted over 1000 participants to York Racecourse,  is set to be ditched by “Make it York”

The decision is revealed in papers submitted to the York Council by the quasi-independent “destination management” company “Make it York”.

In November local media said “Venturefest Yorkshire attracted nearly 1,000 people to York Racecourse for a “gathering of innovators, entrepreneurs and investors”, which featured more than 100 exhibitors, as well as keynote speakers, workshops, seminars, networking opportunities and investment competitions. The event was regionally based for the first time, and was run by Make It York, the city’s destination organisation”.

At the time, Steve Brown, managing director of Make It York, told people attending the launch of York Business Week that “a few weeks previously only 100 people had booked for Venturefest, but that had risen to more than 700 as bookings came in “very late and very fast”. That figure later reached a little under 1,000, to the delight of organisers”.

One exhibitor explained what being at Venturefest meant to him, he said: “As a region we need to shout more about the things we do. We have lots of companies in York and Yorkshire that are innovating constantly, then moving on to other things and not shouting about what they’ 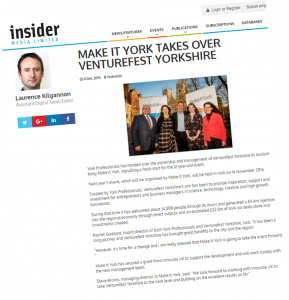 No explanation has been given regarding the future of the 13 year old festival which was handed over to Science City York (SCY) to organise.

The report says, SCY took over the management of Venturefest with a brief to reinvigorate a 10 year old event. Over 800 delegates, 127 exhibitors, 60 speakers and more than £1 million of business generated on the day combined to make it a successful event”.

Make it York say that their decision not to participate will cost them around £129,000 in lost income.

The company has also revealed that income from the  Shambles market will fall by a further  8% this year.

Proof, if it were needed, that the £1 million refurbishment implemented a couple of years ago has yet to arrest the decline in market usage.