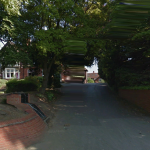 The York Council is to consider a bid by a local group who want the Carlton Tavern listed as an “asset of community value”.

The application will be considered on 10th April by the Council’s Executive Leader.

If successful, the listing would mean that the local community would have 6 months to raise the necessary funds to purchase the building.

Plans were announced last week to turn the Acomb Road building, which is currently a pub, into an elderly person care home.

Separately the Councils Executive on Thursday is to  consider the  conditions for the sale of the Oakhaven care home site.

As previously reported the Council has already agreed to sell the site to Ashley Homes at a private meeting.

The decision was apparently taken under delegated powers but is now set to be rubber stamped by the Councils Executive.