Sad to see the City’s planning committee rejected professional advice last night when they gave the go ahead to mooring an “Arts Barge” near Tower Gardens.

It means that the Council has – subject to a license being granted – agreed to the provision of another alcohol based leisure facility on a river which has already claimed the lives of 7 people in recent years. All those that have died were to a lesser or greater extent intoxicated.

Residents had been concerned about the visual effect the barge would have on the appearance of the historic core. There were also fears about noise  generation at, and near, the venue.

However the main controversy remains the liability of taxpayers for the high risk venture.

It remains unclear how much the barge operators will pay in rent (license fee)  for  a mooring in what is a prime City centre location. In many cities moorings of this sort are auctioned with fees starting at £3000 pa. ..more for commercial sites. In theory Business Rates would also be payable but these could be reduced if the facility is operated by a Trust or under a  similar legal arrangement.

The crunch will now come when an application for a premises license is submitted. The Council has shown little backbone in resisting additional applications for drinking establishments even where they breech the City centre cumulative impact policy (see below).

Following the approval of an unsuitable design for a visitor centre at Clifford’s Tower – and the Council’s Executive committee seemingly intent on dropping ugly shipping containers onto a site in Piccadilly – City centre residents must be wondering who they can turn to for support. 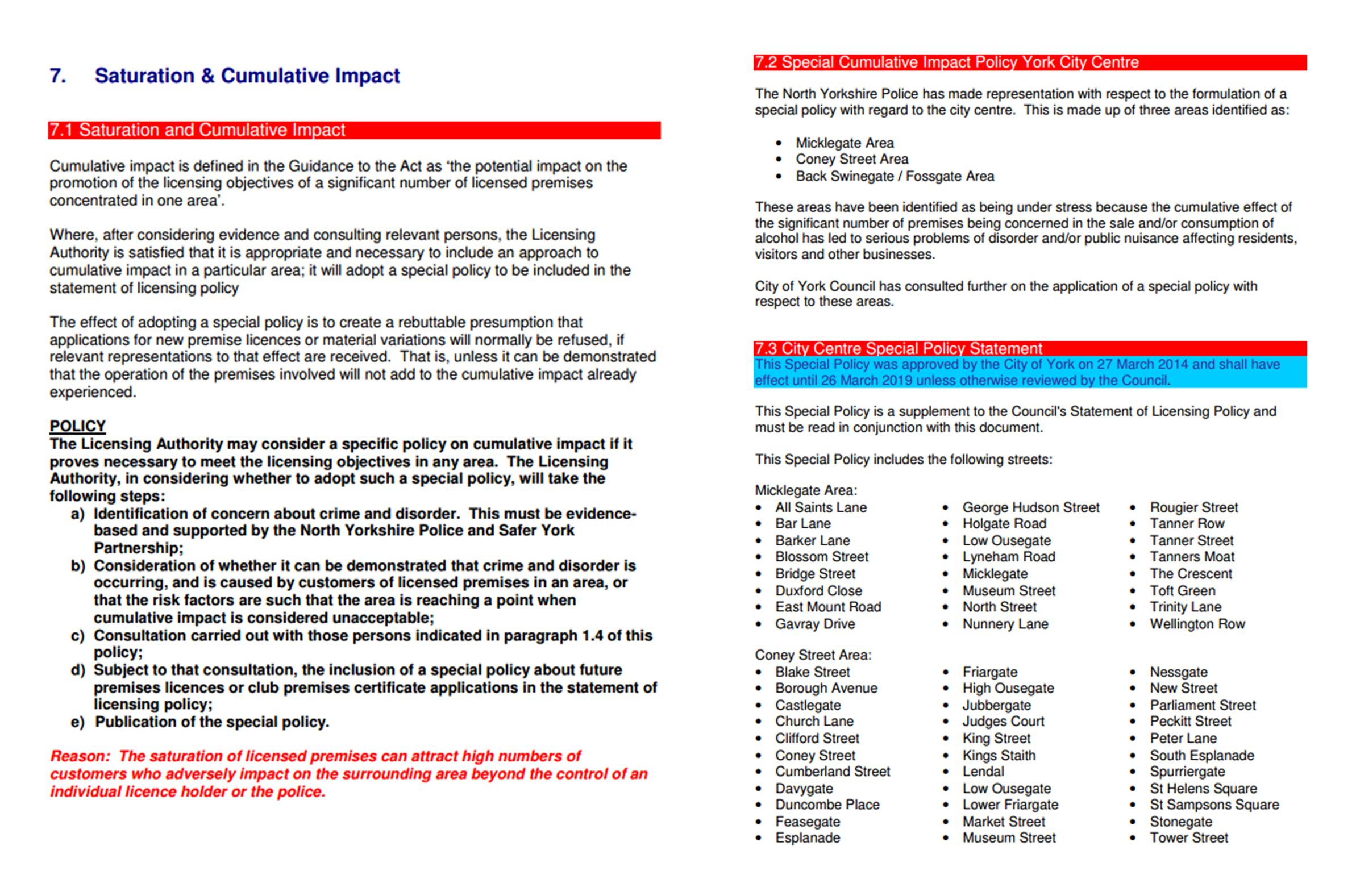 York Council’s policy on licensing in the central area

One thought on “Residents views and safety risks ignored as planning Councillors back Arts Barge plan.”