Auditors have issued a critical report following complaints about how consultants were recruited during the term of the last Labour administration, which left office in May 2015..

The report will be discussed at a meeting taking place next week next week.

Officials involved in the scandal – and most of the Councillors that they reported to – are no longer with the Authority.

The audit report concerns how a consultant, who was employed in the public relations/culture activity area, was engaged.

The report concludes that there was no evidence of fraud but it says,

“Internal Audit undertook an investigation into the awarding of contracts to an external consultant. The investigation found that there was no evidence to show that written quotations had been received. A number of other breaches of the council’s Financial Regulations and Contract Procedures Rules were also identified including the absence of a signed contract, the failure to include the contract on the council’s contracts register, a payment in advance of the work being completed and inadequate contract monitoring”.. 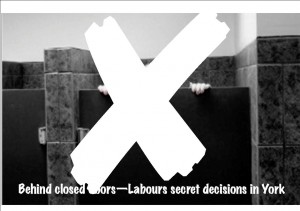 Part of the report is being withheld as it identifies the individuals involved in, what appears to amount to a case of maladministration

Unfortunately the last Labour administration in York was mired in secrecy. Officials were given too much power and they seem to have exploited this to allocate work to their chums. 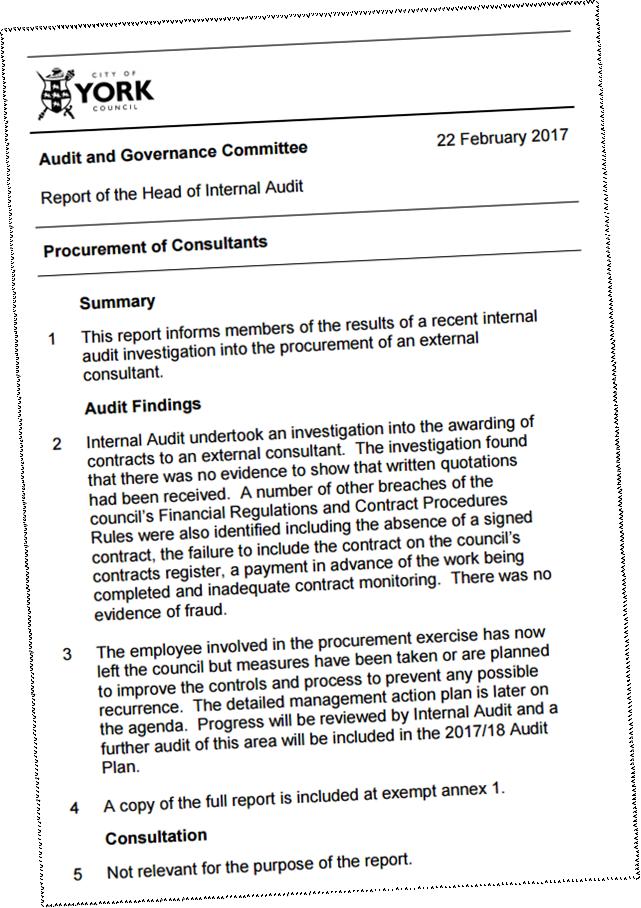