The Conservative Councillor responsible for City finances has abruptly quit his post. The announcement came only days after the Council released details of a hitherto confidential consultancy contract.

In 2014 a small consultancy firm, run by a former City Council employee, had been awarded a contract to project manage the older person’s accommodation project. This is the programme which will see existing elderly person’s homes like the one at Oakhaven closed and replaced by larger privately run “mega homes”. Part of the programme would see elderly person’s accommodation built on the Lowfields school site.

In response to a Freedom of Information request the Council says it does not hold any information to indicate “which Directors and Councillors were involved in the letting of the contract, and any extensions thereof” nor can they ” provide copies of all appropriate decision meeting minutes or notes – including copies of any invitation to tender adverts”!

The contract had an “output” specification. This meant that payments were made to the consultancy only when agreed targets and milestones had been met.

The Council was also asked about its current policy in engaging employees, consultants and contractors who seek to be remunerated via a private company.

They replied;“There is currently no policy which specifically deals with this question.  Each assignment will be considered individually and advice is provided on the employment implications by human resources or the procurement team”.

In March 2016, the Council, now under coalition control, decided that further work was needed on the older person’s project. They decided to let a further consultancy project covering the period 31st March 2016 – 30th March 2018 using the services of NEPRO This is a local government “spin off” company run from Sunderland. It effectively procures and manages contracts let on behalf of local authorities. 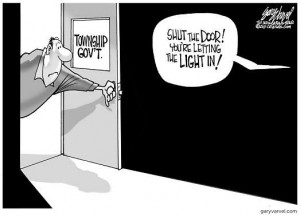 The Council have admitted that “The decision to use NEPRO is an officer decision and was made by the Council Management Team on 7th May 2014.  As this is a legally compliant framework, the terms and conditions are pre-agreed.  Suppliers on the framework have already agreed to these terms and conditions, therefore no further steps were deemed necessary to ensure transparency of individual contracts agreed through the framework.

The new contract was handed to the same consultant who had held the old contract since January 2015.

It appears that no Councillors were involved in the decision nor is there any evidence that the employment of NEPRO has been reviewed during that last 3 years. It is unclear what proportion of contract costs are retained by NEPRO or indeed what value they add, in a situation where an existing contractor is simply reappointed to a role.

The contract is again based on “outputs” being achieved (see below).

While output contracts can have advantages, they are an opaque system and unsuitable for activities where taxpayers opposition to proposals must be overcome before payments are released. The temptation may be to prioritise financial gain over the views of residents.

This happened with the decision to build on the Lowfields playing fields, where lobbyists were urged to influence consultation results and a, misleading, report gave the impression that the NHS had agreed to fund a new health centre on the site (see here).

The lack of engagement by senior Councillors in the contract letting process at the York Council is a concern. So is the lack of, publicly accessible, records of decisions taken about contract letting.

With spin off companies not subject to FOI regulations, this means that large sums of public money can be committed to controversial projects with minimal accountability. 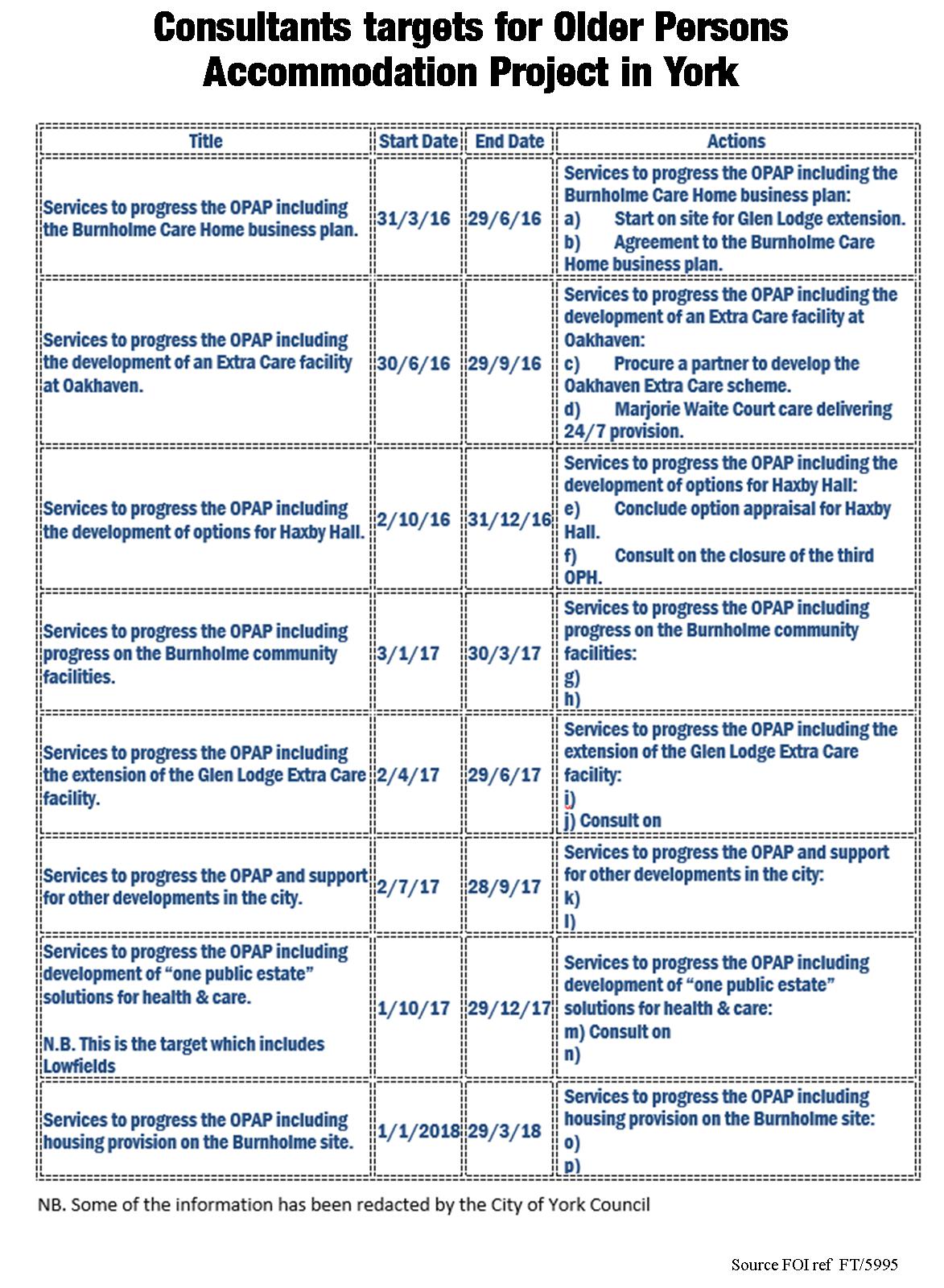