The York Council has confirmed that it will reactivate its spy cameras, which are still located on Coppergate, next Monday (9th).

The cameras were hugely unpopular when introduced by Labour in 2013.

The Council now says, “Traffic restrictions will come into force on Coppergate from Monday 9 January after being advertised in the immediate area and on all approach roads across the city throughout December and January.

To ensure drivers are aware of the change to the restrictions the Executive, on 13 October 2016, approved the phased implementation of enforcement.  Drivers who wrongly enter the street in the first two weeks of the restriction being enforced by the ANPR cameras will be sent a warning letter to inform them of the restriction.

At the start of December temporary signs were placed around the city centre and all the approach roads to Coppergate to advise drivers that the Coppergate Traffic Regulation Order (TRO) will come into force on 9 January. In addition to the advance warning signs permanent street name signs and advance information signs have been put in place. Enforcement will be by Automatic Number Plate Recognition (ANPR) cameras.

Traffic restrictions have been in place on Coppergate since the 1960s. The council’s Executive has approved the reintroduction of ANPR cameras to enforce the restrictions. The TRO provides the details of the restrictions to be in place every day from 8am and 6pm.

Within the 8am to 6pm period the restrictions for motor vehicles will be:

· 8am to 10am buses and permit holders (inc. taxis and private hire vehicles) only

· 10am to 4pm buses, permit holders (inc. taxis and private hire vehicles) and loading/unloading only

The reinstatement of the revised TRO was agreed by City of York Council’s Executive on Thursday 13 October 2016. The scheme is fully compliant with the new 2016 Traffic Signs Regulations and General Directions that came into force in April 2016”.

For more information about the restrictions, signage and ANPR enforcement visit www.york.gov.uk/coppergate

For more information about travelling in and around York visit www.itravelyork.info 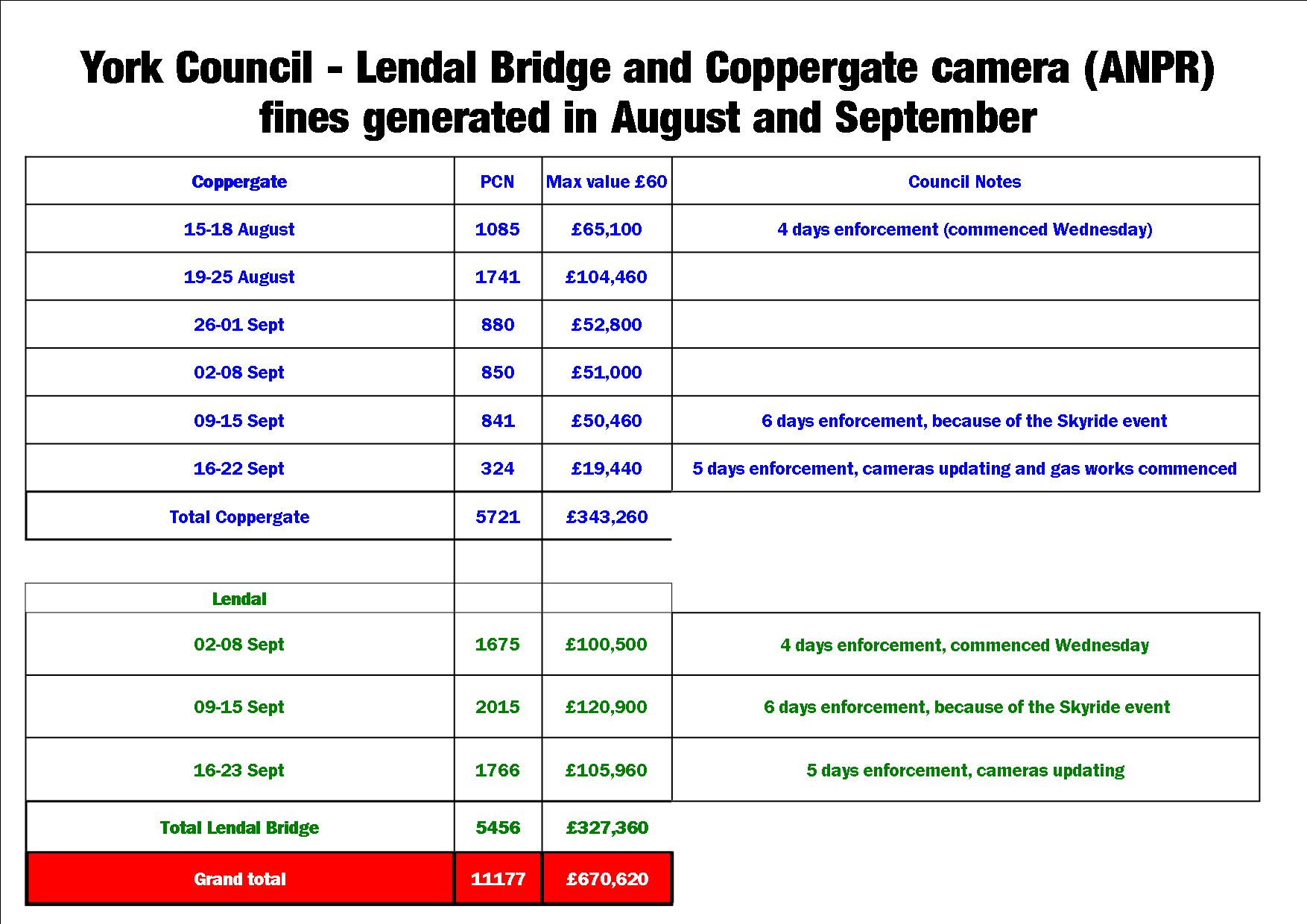 How it went last time they switched on the cameras. Many of those fined were tourists who did not understand the restrictions 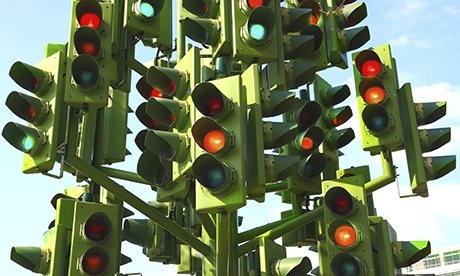 Potentially less controversial is a programme which will see traffic light installations modernised across the City.

Ageing traffic signals on key city centre junctions including George Hudson Street/Micklegate and Skeldergate/Micklegate/North Street are set for a complete overhaul – as part of the largest scheme the city has seen in over 20-years.

Cllr Ian Gillies, executive member of transport and planning, said: “We’ve listened to residents and recognise that our traffic signals are not as reliable as they could be.  Investing now will help to bring our systems into the 21st century, saving vital time spent otherwise on repairs and maintenance and more importantly saving money from the public purse.

Over the years, the priority has been to repair immediate maintenance issues, to ensure that the safety and general reliability of the city’s signals requirements are met.

As such, signals have only been replaced on an ad-hoc basis as isolated schemes, or as part of larger improvement projects, such as the works on Boroughbridge Road for the Poppleton Bar Park & Ride service. However, a detailed ‘condition survey’ which inspected the age and condition of every traffic signal in the city found some to be in poor or end of life condition.

Approximately half of the 122 traffic signals and pedestrian crossings in the city will be replaced over a five-year rolling programme with modern equipment.

Work has already been undertaken at many traffic signal sites across the city, including Monkgate pedestrian crossing and Clifton Moorgate/Wigginton Road traffic signals.

The rollout at these key routes will help to further address the backlog of maintenance and ensure the signals continue to operate at the level required.

Works to install new traffic signals and pedestrian crossing signals at the junction of George Hudson Street and  Micklegate will start at the end of January through to March.

Further works are then set to take place at the junction of Micklegate/North Street/Skeldergate between March and April. This will include new low level cycle signals on North Street and Skeldergate to provide cyclists with early starts so they can get ahead of the traffic on the well used National Cycle Network Route 65.

Temporary signals will be installed along these routes whilst the old signals are taken down. Footways may also be closed to allow for the cables/ducting to be installed. It’s expected that this part of the scheme will be completed by early April.

For more information about the works visit: www.itravelyork.info/