It’s been a quiet start to Christmas Eve. Morning storms appear to have passed by now, leaving a  lot of surface water on roads and footpaths where drains are blocked. There are particular problems on Mount Vale, under the Leeman Road railway bridges and on Carr Lane.

Only a few people have ventured into the City centre and there are car parking spaces available in most car parks. They may however fill up quickly this afternoon as public transport begins to wind down.

The St Nicholas fair is now closed although the Shambles Market is doing some brisk business.

There is a lot of tree detritus and fallen leaves on the paths so care is required. 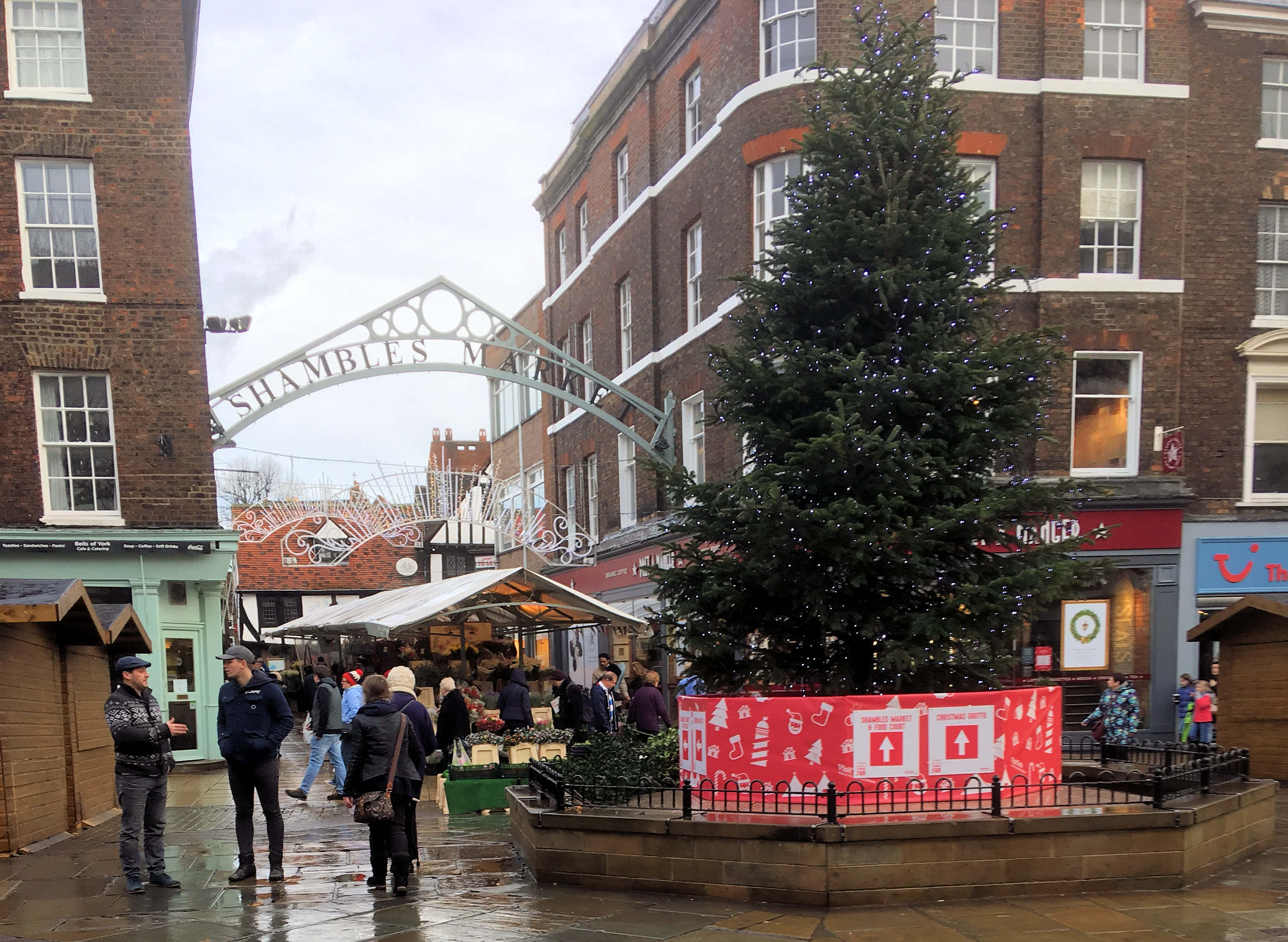 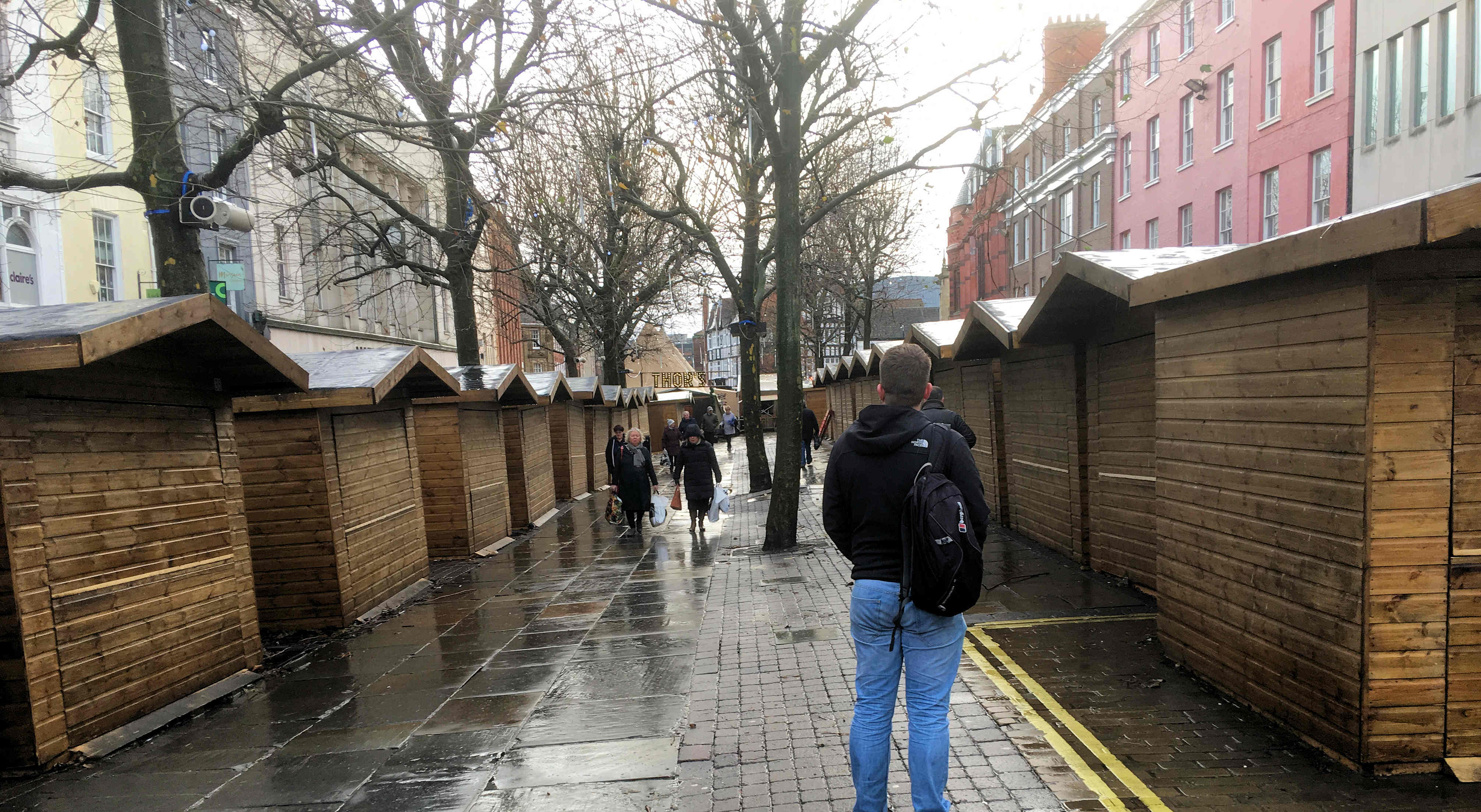 The St Nicholas Fair has ended 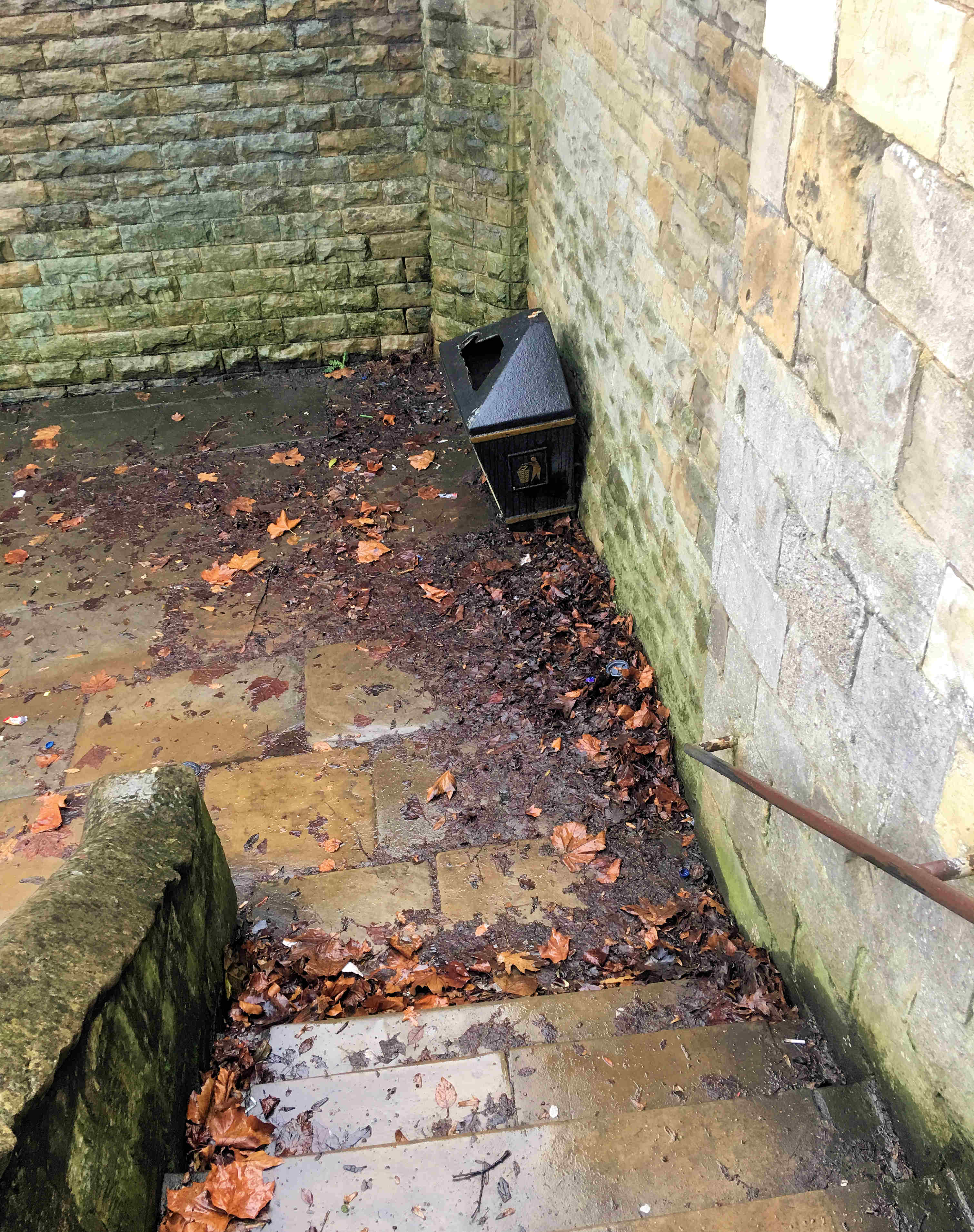 Slippery leaves pose a threat for unwary pedestrians and cyclists 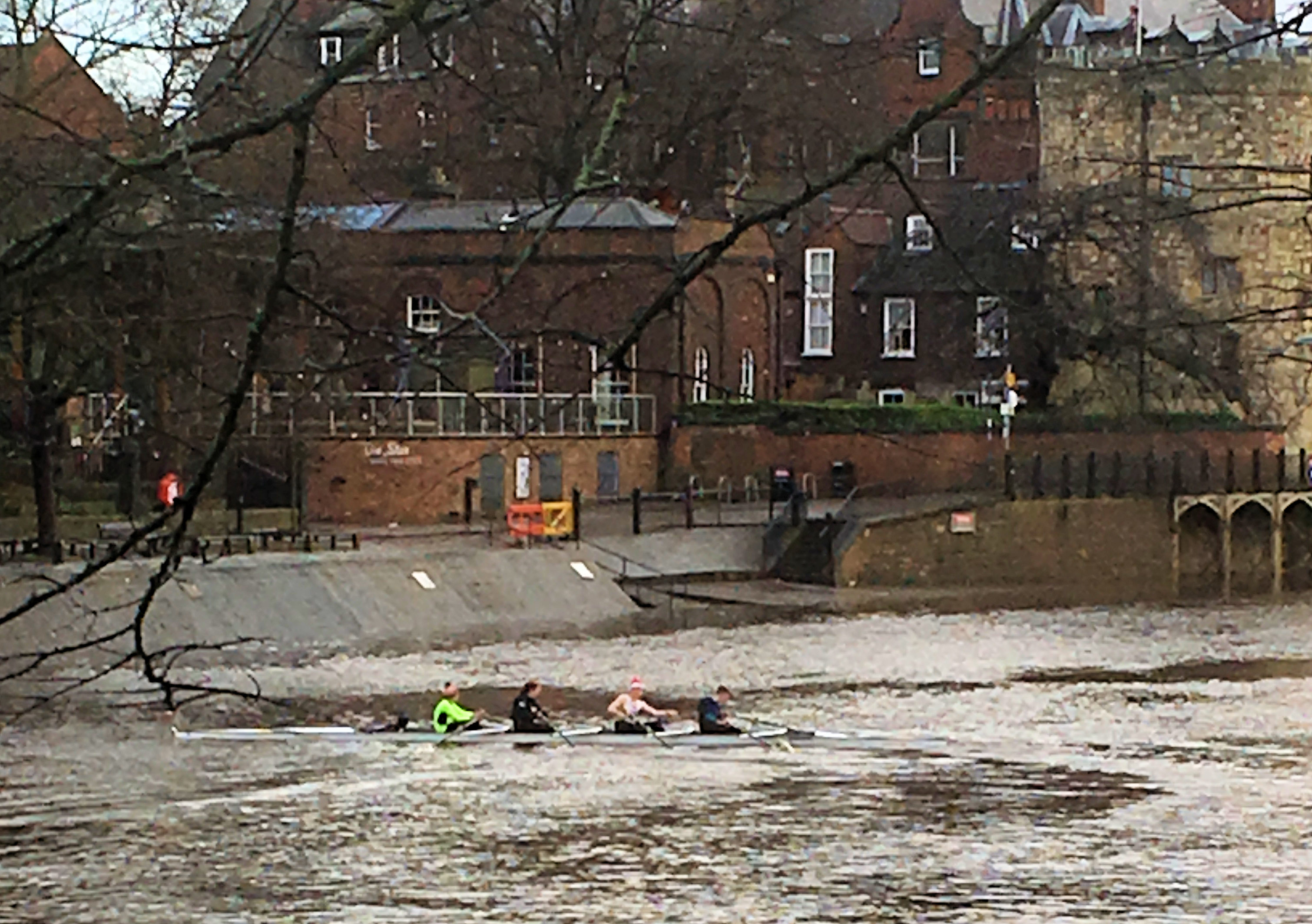 Innovative forms of transport may be needed later today