ONS statistics released today show an increase of 15 residents claiming Jobseekers Allowance (JSA) and Universal Credit claimants (out of work) in November compared to last month’s figures meaning there are now 955 claimants in the city. 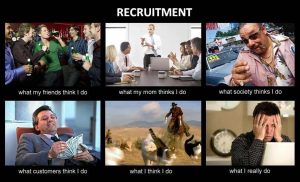 However this is a decrease of 45 residents from November 2015.

The figures show a 19.4 per cent fall in the number of people claiming Jobseekers Allowance in the past twelve months.

Cllr Keith Aspden, Deputy Leader and Executive Member for Economic Development at City of York Council said: “It is great to see that the number of jobseekers in York is continuing to fall year on year. We are committed to working with businesses in all sectors across the city to help grow the economy and provide more job opportunities for York’s residents.”