It looks like the plan, approved by the then Labour controlled Council three years ago, to build an access road into the York central site from land near Cleveland Street, is causing second thoughts. No meaningful consultation took place before the Council opted in 2013 to by land on which they hoped to build the access road.

The proposal has now been “called in” for further consideration by the same Labour Councillors who originally said  “Route E” was their favoured route. 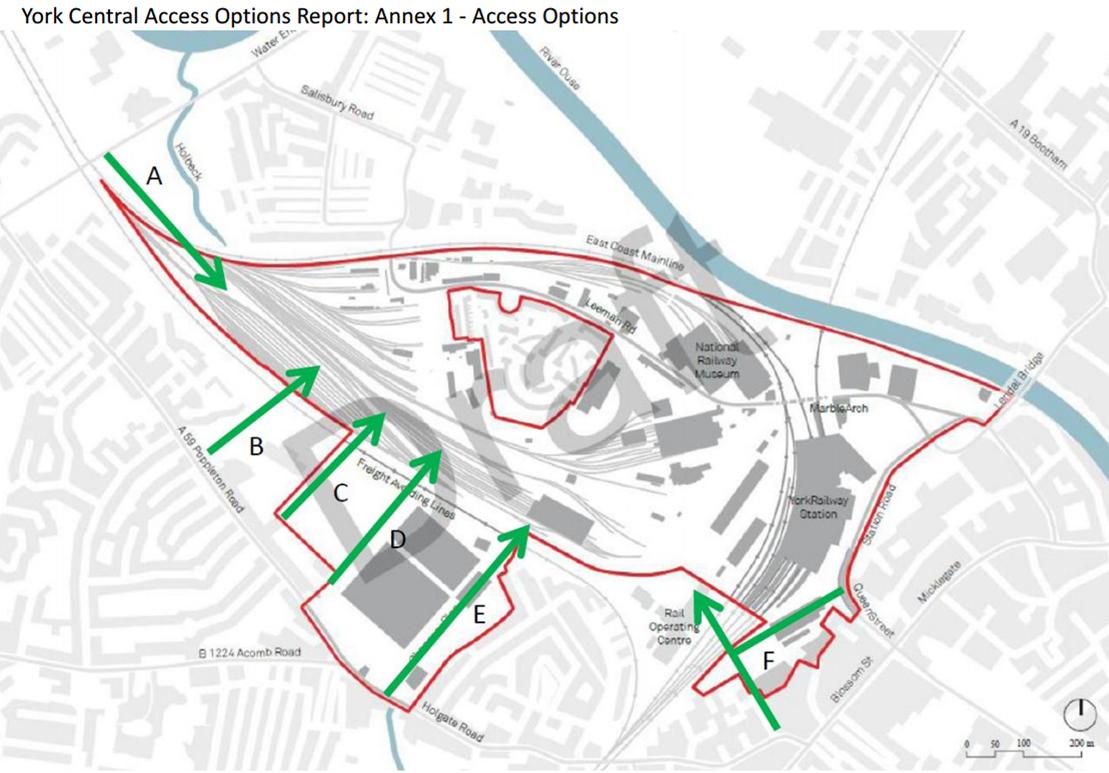 However a final decision on an access route and other infrastructure works, still seems to be many months away with many funding hurdles – for the whole project – still to be surmounted.

York Council taxpayers are still expected to bear £10 million of the costs of the roads according to the latest Council budget.

Officials say that a progress report will be presented to the Councils Executive on 21st November with papers being published on 16th November.