The latest statistics on air quality from City of York Council, gathered by the UK’s most extensive provincial monitoring network, shows improvement across the city, although there are areas still above national targets. 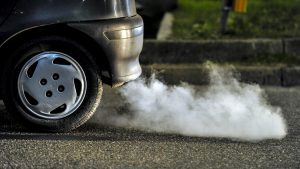 Areas with poor air quality include:

The 2015/16 report will be presented to the Executive Member for the Environment at his Decision Session on 5 September.

York has one of the most extensive air quality monitoring networks in the UK outside London monitoring nitrogen dioxide (NO2) and other pollutants since 1999, and with NO2-specific monitoring at 340 locations*.Throughout 2015, NO2 concentrations have decreased at most of the monitoring stations in line with a steady downward trend.

In the Air Quality Management  Areas (AQMAs) in the city centre, along Salisbury Terrace and in Fulford, NO2 and particulate matter levels are now fractionally lower than nationally-permitted levels which could remove certain areas of concern.

These lower levels have been achieved through a stream of initiatives driven by the council’s low emission strategies. The most recent Air Quality Action Plan (AQAP3), adopted in December 2015, sets out how York intends to continue to deliver its ambitious and pioneering strategy and to work towards becoming an internationally recognised ultra-low emission city.

The measures undertaken in 2015 to improve air quality include:

Additionally, other measures include securing funding for the ECO Stars fleet recognition scheme until May 2017: 66 local businesses are signed up to the scheme and the possibility of a local procurement standard for the vehicles used by, or to supply, council services is currently being investigated.

Cllr Andrew Waller, Executive Member for the Environment, said: “While this report is very encouraging, we must continue working to improve air quality levels at key locations so that we can start to reduce the numbers of areas of the city under Air Quality Management Areas. The policy is to target the vehicles which cause a disproportionate amount of air pollution, and to encourage a switch to electric or hybrid vehicles.

“Our work has recently been recognised with a £816,000 award from the Office of Low Emission Vehicles (OLEV) to fund a city-wide network ultra fast, reliable and convenient electric charging hubs. This follows £308,000 from DfT’s Clean Bus Technology Fund to retrofit 28 school buses used in around York with the latest exhaust emission reduction technology.”

The Decision Session takes place on Monday 5 September at West Offices from 5:30pm and is open to members of the public or is available to watch later online from: www.york.gov.uk/webcasts

To find out more about the report, or to attend, visit: http://democracy.york.gov.uk/ieListDocuments.aspx?CId=870&MId=9369&Ver=4