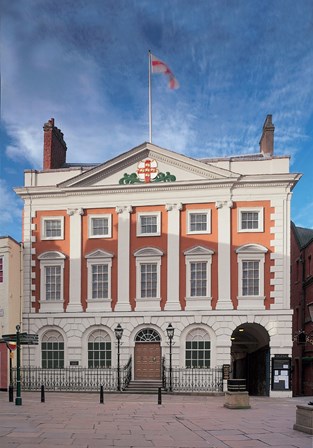 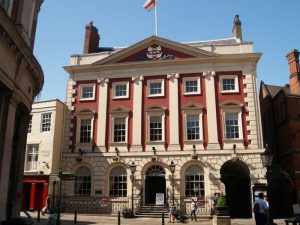 Following two weeks of consultation and hundreds of responses the residents of York have decided which colour the facade of York’s historic Mansion House will be.

The Mansion House paint scheme will remain pretty much unchanged!

Since it was built in 1732 the facade of York’s historic Mansion House has seen many changes and colours. Taking inspiration from the past residents were presented with three options after paint historians analysed and identified three themes from the building’s past.

Of the near 400 people that responded to the two week consultation 70 per cent expressed a preference for option three, a brick colour with a polychrome crest (image attached). Feedback on the proposals suggested this option “looks elegant and complements the building” and was “vibrant and handsome”. 20 per cent said they preferred option two with 10 per cent stating option one as their preference.

The design is thought to have been that of the Mansion House from the 1890’s with an original paint scheme of red brick work and painted stone colour, with a polychrome crest.

Councillor Keith Aspden, Deputy Leader of City of York Council said: “I would like to thank all of those who fed back as part of this consultation. The Mansion House is one of York’s famous landmarks and we thought it would be great to get residents and visitors involved by commenting on which of the historic designs they prefer. The public had the chance to have their say online, on social media and face to face in St Helen’s Square with Mansion House staff and it was great to see so many people engage with the consultation on this iconic building. I look forward to seeing the new facade in all its glory when the building reopens.”

The consultation comes as the Mansion House sees its biggest investment since building was completed in 1732. The works were made possible after the Mansion House received a grant of £1,198,700 from the Heritage Lottery Fund (HLF), as well as funding from City of York Council and donations to the restoration fund. It is anticipated that the Mansion House will fully re-open to the public early next year.

Work to paint the building in the style of option three will start in the coming months with the work being completed well ahead of the Mansion House reopening next year.