The results of a public consultation survey undertaken by the Council earlier in the year on the York Central development have been published. 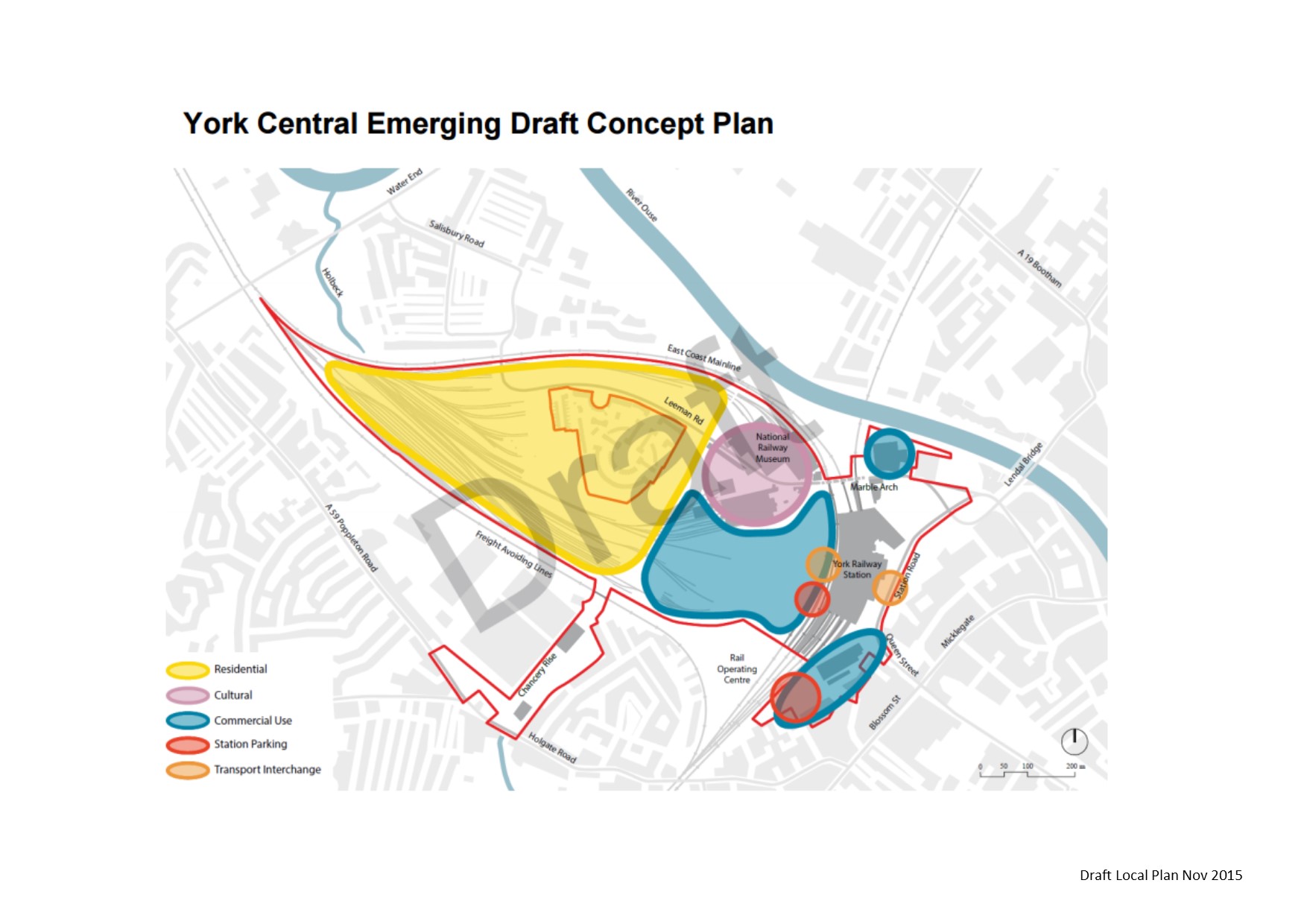 Around 1224 responses were received to a survey which was criticised at the time for lack of clarity on project costs and the absence of demand information.

Many respondents said they couldn’t answer the questions although some pressure groups did use the survey to make points about access arrangements, green infrastructure and the future of the Railway Institute building.

The Council has already published a Draft Local Plan which would see 1500 homes built on the site. Potentially that would leave space for 80,000 sqm of office accommodation.

A draft planning document for the site is expected to be published in November.

Separately a Council report says that York taxpayer’s liability for the project may be less than the £10 million budgeted. They expect the Leeds City Region to stump up £2.55m of this sum as a “loan” although it is still far from clear what the final cost will be to taxpayers.

The Council has so far spent £1.3 million on the project. To that will be added the costs of buying land to facilitate development.

Further details will be published in November.