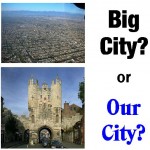 The latest Forward Plan -which indicates when key decisions are scheduled to be taken by the York Council – has been amended to include consideration of a new Draft Local Plan.

The Council has said that it will consider which sites will be allocated for new housing when its Executive meets on 30th June.

Residents were mystified when, last week, Councillors said discussion of the changes was imminent. No item had been placed on the Forward Plan and the Executive’s own agenda – which outlines the issues that will be considered at its subsequent two meetings – was also silent on the issue.

The Council has still not said when its Local Plan Working Group will meet. The all party group has not met since 30th November 2015.  It would normally meet to discuss any draft proposals before forwarding them to the Executive for approval.

We understand that Council officials are briefing the owners of major sites in the City this month. They are being told what to expect when the Draft Plan is released next month. 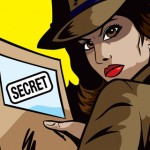 Eyes will be on major sites like Clifton Gate (between Clifton Moor and Skelton) and Whinthorpe (Between Elvington and the A64) both of which have traditionally formed part of York’s Green Belt. If either (or both) were to be slated for development then huge amounts would need to be spend on infrastructure improvements. The former would require a dualled A1237, while the later would require a new access corridor because of  existing transport congestion in the area. The source and scale of the funding required must be made clear in any Council decision.

It is little short of outrageous that vested interests will find out the fate of projects worth tens of millions of pounds before ordinary residents and taxpayers are even told when they will be able to first see the proposals.