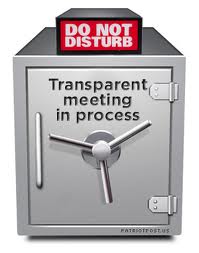 We revealed last September that secret payments had been made to various Directors at the City of York Trading company.

This is the Council owned company which “sells” surplus resources mainly to Council Departments and schools.  It was an invention of the last Labour administration and replaced an internal system where, potentially redundant, surplus staff were used to back-fill vacancies.

The Council tonight will consider tonight an auditor’s report into discrepancies with the payments.

Effectively the report simply confirms what most residents had worked out. That, by 2014, the governance systems of the York Council had broken down.

No officer or Councillor has accepted responsibility for the irregularities which seem to have arisen over a misjudged attempt by the Council Leadership to buy the loyalty of senior officials.

The new regime – elected last May – was very slow to recognise the inadequacies of its relationships with its QUANGO partners. It even made the mistake of endorsing a new one (Made in York) without setting up adequate performance monitoring arrangements.

Now the agenda for a York City Trading shareholders meeting has been published.

So it seems little has changed!

3 thoughts on “City of York Trading”