The media are reporting that the Hob Moor and Hob Moor Oaks schools may be amalgamated with the controversial Ebor Academy Trust. The Trust recently announced plans for a 410 pupil “creative arts” school on the former Park and Ride site on Moor Lane. Opponent’s feared that a new school would siphon off pupils from other local schools including Woodthorpe, Dringhouses and Hob Moor.

An academy is an independent school funded by the state. An independent appraisal of the trend towards schools becoming academies can be found on the BBC web site

The Hob Moor schools are located in relatively new buildings which were built by the York Council in 2005. They continue to be maintained using private finance Initiative (PFI) funding. 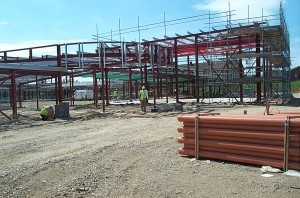 The school has had mixed academic results over the years. The most recent OFSTED report in 2013 rated both schools as “good”.

Parents can complain to the school. However, academies are not part of the local authority family of schools and, therefore, if parents or neighbours are not satisfied or are unhappy with the outcome, they cannot complain, as they can now, to the local authority or their local Councillor to ask them to intervene.

Academies are not required to have community representatives on their governing bodies (but could choose to do so). The Hob Moor school is an important part of the local community. It includes a “children’s centre”.

Like most school sites there are sometimes complaints from neighbours about activities on the site or related to it..

The absence of a broadly based school governing body would represent a risk for relations with future parents, neighbours and other users of the site.

The school has promised to consult widely on their proposals.

Those consultations should include public meetings, open to the whole community, together with an advisory ballot aimed at giving (at least) every parent a vote. 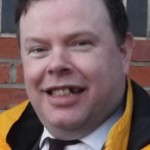 Local Councillor Andrew Waller (who wasn’t consulted before the school issued their statement of intent) comments,

“we believe that the community is best served by schools which remain in the family of local authority schools with local accountability.

At this stage we know no more about the process of consultation with parents than what was in the newspaper but there is the issue of the need to consult with the wider community who have a stake in the future operation of the school. I believe that the whole community should have a say in the matter (accepting that legally it is simply a vote of the governing body which decides the outcome of this matter)”.

One thought on “Hob Moor schools may become an “Academy””